FLASHBACK TO APRIL 2012: Partnership for Water Sustainability released “Primer on Integrated Rainwater and Groundwater Management for Lands on Vancouver Island and Beyond”

May 6, 2013 - Posted in articles for period 2011 thru 2015, Tools and Resources, Uncategorised, Water Sustainability Action Plan for British Columbia

Intregrating the Site with the Watershed and Stream

Released in 2008, Living Water Smart, British Columbia’s Water Plan is a call to action to prepare communities for change and do business differently. Actions and targets in Living Water Smart establish expectations as to how land will be developed and water will be used. Now, the Primer on Integrated Rainwater and Groundwater Management for Lands on Vancouver Island and Beyond provides local governments with guidance for implementation of Living Water Smart principles on the ground.

“Collaboration with the City of Parksville created the opportunity to inform the educational process that is part of the City’s Official Community Plan (OCP) Review. The City is a demonstration application for the Primer. The learning captured in this Primer will also be shared with other local governments on Vancouver Island. Knowledge-sharing will be facilitated t 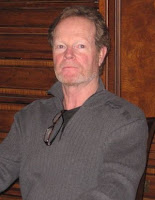 hrough the current Inter-Regional Education Initiative. The Primer is written for expert and non-expert audiences,” reports Craig Wightman, Senior Fisheries Biologist with the BC Conservation Foundation, and a Primer co-author.

“The Primer introduces the issue of the ‘unfunded infrastructure liability’. Viewing the watershed through an asset management lens provides local governments with a driver to require that development practices mimic the Water Balance.”

“Parksville’s OCP Review provided a great opportunity to formally recognize the value and inter-dependence of the City’s small stream and groundwater resources, and their importance to people and the region’s highly diverse fish and wildlife populations.  The term ‘livable community’ can take on new relevance in this process, and ensure Parksville remains a community of choice for residents and visitors alike.”

To download a copy, click on Primer on Integrated Rainwater & Groundwater Management for Lands on Vancouver Island and Beyond.

Released in April 2012 by the Partnership for Water Sustainability in British Columbia, the Primer introduces building blocks that can inform ‘water-centric’ policy development by BC municipalities. Embedding a science-based understanding in an Official Community Plan (OCP), for example, can make a difference on the ground. Thus, the Primer objectives are three-fold:

“The federal-provincial Regional Adaptation Collaboratives Program provided funding for Primer development. This Primer is the third in a series of guidance documents released by the Partnership for Water Sustainability since November 2011,” explains Kim Stephens, Partnership Executive Director. “Core concepts presented in these companion documents provide an educational foundation for rainwater management in a watershed context.”

“These elements are part of a system that we call the Water Balance. Land development short-circuits this system when the land surface is hardened and below-ground flow paths to streams are eliminated. By describing the linkages and connecting dots, the ultimate goal of the Primer is to foster responsible decisions about use and development of land,” continues Kim Stephens.

“If local governments and others are to be effective over time in creating liveable and desirable communities that also protect stream health, it follows that land development practices must strive to mimic the Water Balance,” emphasizes Kim Stephens.