CONVENING FOR ACTION AT PARKSVILLE 2019: Mayor Ed Mayne to open symposium with a “welcome to Parksville”

The 3-day program for the Parksville 2019 Symposium includes a guided tour of the new Englishman River Water Service treatment plant, as well the river intake. The EWRS is a joint venture with the Regional District of Nanaimo, and serves the City of Parksville as well as the Nanoose Bay Peninsula Water Service Area.

City of Parksville Mayor Ed Mayne will open the Symposium with a “welcome to Parksville” message. The Mayor recognizes that the Symposium is timely in terms of celebrating the opening of the new Englishman River Water Service treatment plant. He is proud that the City’s contribution to the success of the Symposium is the guided tours of the EWRS facilities.

Operation of the Englishman River Water Service is guided by this statement: “An environmentally sensitive use of water to improve fish habitat and domestic water supply”. At a time when the climate is changing, it is a balancing act to achieve both outcomes when summers are longer and drier.

Meet the Mayor: A Brief Biography 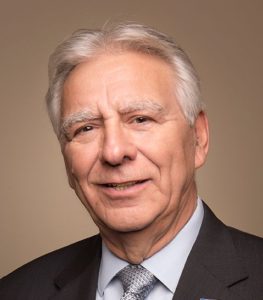 Ed was born and raised in Port Colborne, Ontario, and spent the first fifty years of his life in that region. He graduated from high school at age 15 and immediately began work in the CIBC management training program. Over the next 15 years, he worked at various financial institutions until he joined Dairy Queen Canada in 1977 as District Manager.

In 2003, Ed and his wife Lilian purchased the Tim Hortons franchise in Parksville and moved to Nanoose Bay. Mayor Mayne has also owned numerous other businesses including consulting firms like his current venture, Mayne Burger Associates.

When Ed is not satisfying his entrepreneurial spirit by starting a new business, he enjoys golfing and fishing. Mayor Mayne is also an accomplished musician; he has his own recording studio with bass guitar his instrument of choice. For many years, the band,  Eddie and the Funk,  has performed at many local events for charity.