The Murray–Darling basin is a large geographical area in the interior of southeastern Australia. Its name is derived from its two major rivers, the Murray River and the Darling River. The basin, which drains around one-seventh of the Australian land mass, is one of the most significant agricultural areas in Australia.

It spans most of the states of New South Wales and Victoria, the Australian Capital Territory, and parts of the states of Queensland (lower third) and South Australia (southeastern corner). The basin is 3,375 kilometres in length, with the Murray River being 2,508 km long.

Most of the basin is flat, low-lying and far inland, and receives little direct rainfall. The many rivers it contains tend to be long and slow-flowing, and carry a volume of water that is large only by Australian standards.

The Snowy Mountains Scheme provides some security of water flows to the Murray-Darling basin, providing approximately 2,100 gigalitres of water a year to the basin for use in Australia’s irrigated agriculture industry, which is worth about A$3 billion per annum, representing more than 40% of the gross value of the nation’s agricultural production. 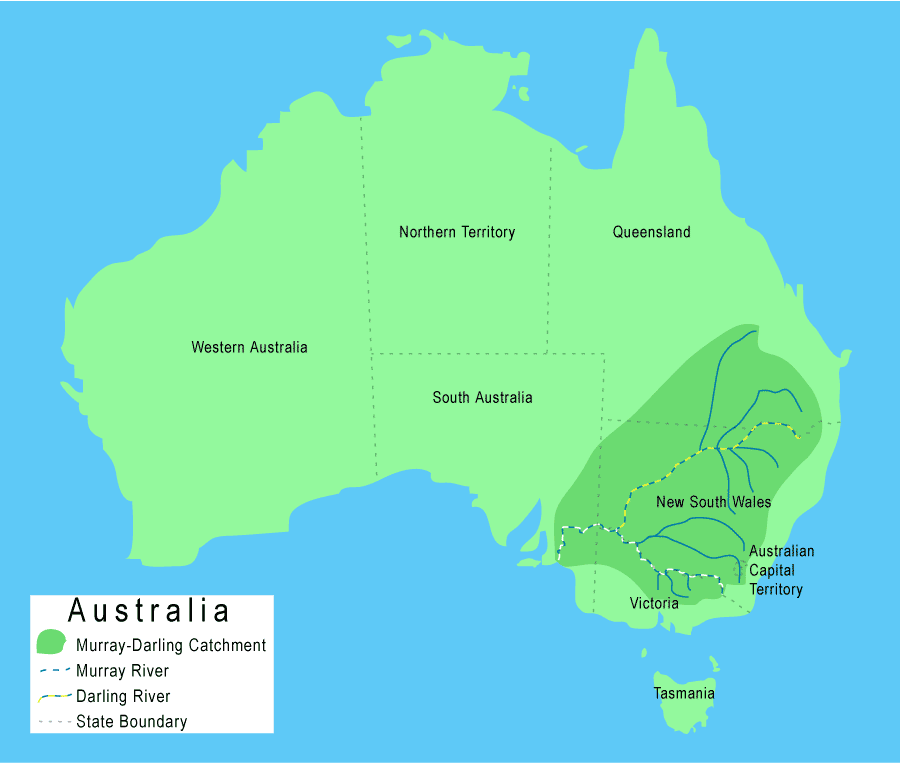 “Among all the recent coverage of water, the voice of the traditional custodians has started to emerge – and there is every reason to listen,” wrote Willow Aliento in an article posted on The Fifth Estate, an Australian online newspaper for the sustainable built environment and all the businesses, professionals, academics, government agencies, community groups, not-for-profits, individuals in Australia and globally who want to be part of the sustainability revolution in all its manifestations – ecological, social and economic.

Caring for river country benefits everyone

“In the Murray Darling Basin, many Indigenous people still have a strong connection to country. They are ‘river people’, with rivers and waterways at the centre of traditional lore, identity and practices.

“A greater emphasis on restoring and protecting cultural flows would be a ‘leading innovation’ in water management, Lindsay says.

“The Indigenous connection to waterscapes is not just about the water itself, he explains. It is about the whole landscape and country and the obligations up and down the rivers.”

To read the complete story, download a PDF copy of We used to have deep rivers and expansive wetlands – now we’ve got a water crisis