November 27, 2016 - Posted in State of Water in BC, Understanding Water Resources

Maude Barlow is widely recognized as one of the world’s foremost water activists. She has been on the front lines of the world’s water crises for the past 20 years.

She has seen first-hand the scale of the water problems facing much of the world, but also many of the solutions that are being applied. In her latest book, titled Boiling Point, she brings this wealth of experience and expertise home to craft a compelling blueprint for Canada’s water security.

Canadians are complacent. We bask in the idea that Canada holds 20% of the world’s fresh water – water crises face other countries, but not ours. We could not be more wrong.

This will be the defining issue of the coming decade, and most of us have no idea that it is on our very own doorstep. 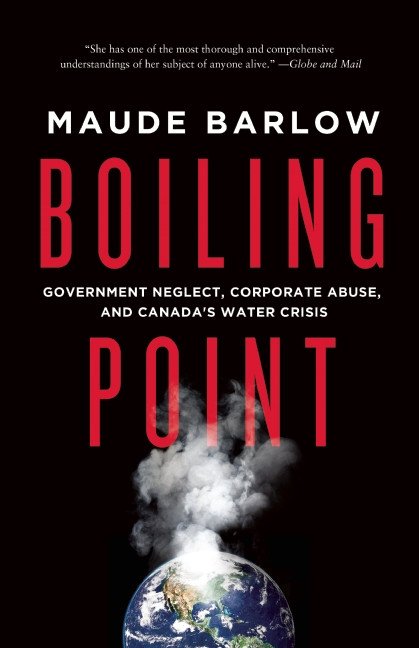 Looming threats to a necessity of life

In a book review published in the Vancouver Sun, Peter G. Prontzos writes that:

“She understands, however, that while most large corporations will do almost anything to increase profits, the primary responsibility for protecting citizens lies with governments at all levels. Barlow makes a convincing case that both our provincial and federal governments are failing this fundamental duty.”

Barlow concludes on a hopeful note, he writes, providing reasonable solutions that show how “a blue and just Canada is possible.”

Download Boiling Mad Over Canada’s Water Woes to read the complete article by Peter G. Prontzos in the Vancouver Sun newspaper in November 2016. He taught political science at Langara College.