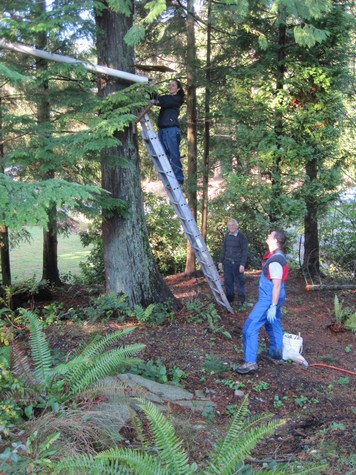 Urban Forest Research Project implemented in Metro Vancouver
During the period 2005 through 2010, the City of North Vancouver, District of West Vancouver, District of North Vancouver, Water Balance Model Inter-Governmental Partnership (IGP), University of British Columbia, Metro Vancouver, Ministry of Community & Rural Development, Real Estate Foundation of British Columbia, and Canada Water Network collaborated to fund and implement the North Shore Tree Canopy Interception Research Project.
The purpose of the Project was to quantify the proportion of rainfall intercepted by the tree canopy in an urban forest. The Project can inform urban planning by providing a science-based understanding regarding the benefits of maintaining a tree canopy in the urban environment. 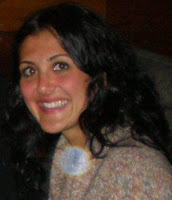 “We applied a unique methodology for measuring rain/throughfall under 54 different urban trees using a system of PVC pipes hung beneath the canopy to capture the throughfall where it drained into a rain gauge attached to a data logger,” states Yeganeh Asadian.
“The results showed that urban trees intercept and evapotranspire more rain than trees in forested environments. Together with the delay in runoff trees can act as an effective rainwater management tool on individual properties.”
To Learn More:
To download a copy of the Master of Science thesis completed by Yeganeh Asadian at the University of Britsh Columbia, click on Rainfall Interception in an Urban Environment
To download a PowerPoint presentation that provides an overview of the project scope, please click on this link to The Story of the UBC Tree Canopy Interception Research Project
To access the project homepage on the Water Bucket website, click on Tree Canopy Interception.