Metro Vancouver prepares for a repeat of drought conditions in 2016

For British Columbians, 2015 was the year of the great drought, dwindling snow packs, melting glaciers, beleaguered salmon runs and a costly forest fire season, followed by windstorms and heavy rains. Learning from the 2015 experience, Metro Vancouver will launch its summer lawn-sprinkling restrictions two weeks earlier in 2016 — on May 15. 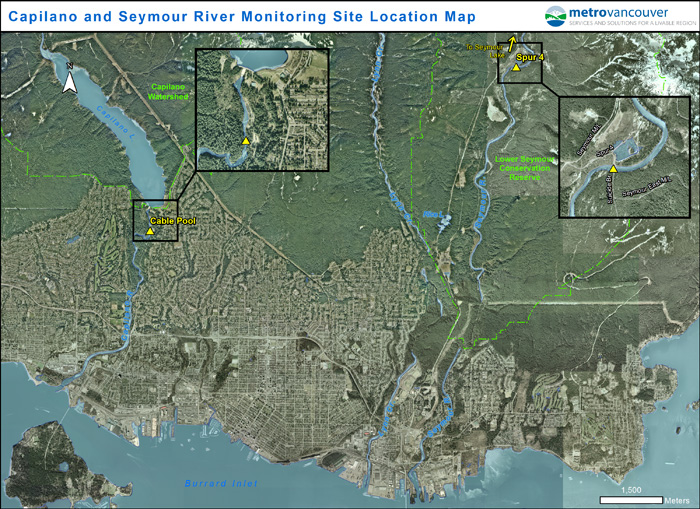 Reservoir Levels are Slightly Below Average, But Higher than in 2015

El Niño typically has a strong warming effect on BC. Already 2016 has been very warm, with a record-breaking heat wave in April 2016. Based on Environment and Climate Change Canada’s seasonal forecasts, there is reasonable confidence that spring and early summer 2016 will be warmer than normal.

“With the existing snowpack levels only slightly below average, and significantly above spring 2015 levels, it is expected that source lake storage will be sufficient to ensure adequate water supply for the 2016 summer season,” concluded Singh and Wood. “Overall precipitation in the form of rainfall through the fall, winter and spring also contributes to the water levels in the three source reservoirs.”

“Per capita water use in the region continues to decline, off‐setting the impact of population growth and keeping total consumption relatively steady,” they noted.

“We really don’t want to get to Stage 3 regulations again,” said Darrell Mussatto, mayor of North Vancouver City and chairman of the Metro committee. “I think people, hopefully, are still aware of the challenges we had last year and we can build on that.”

The region’s Seymour reservoir is 85 per cent full and Capilano Lake is 95 per cent, with both expected to be recharged by mid-May. Metro Vancouver has also negotiated with BC Hydro to withdraw more water from Coquitlam Lake, the third reservoir, if needed.