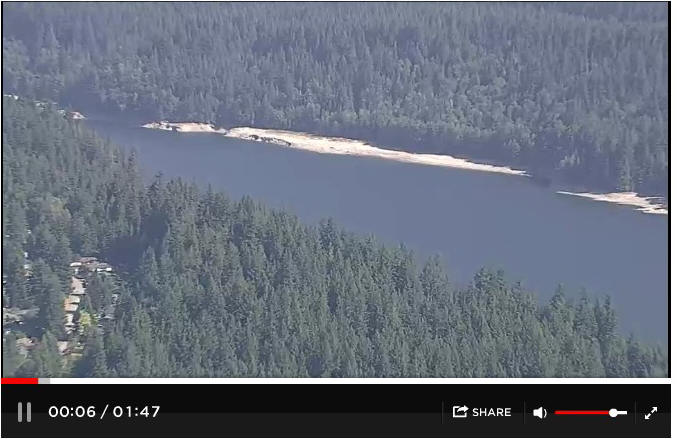 WATCH: Aerials of the Vancouver reservoir show just how low the water levels were on July 3, 2015. To view, click on http://globalnews.ca/video/2090921/aerials-low-water-level-at-vancouver-reservoir

“How can you manage water unless you measure it? That’s the simple answer. When you ask that question in this region, it’s a hot button one. In 1922 Ernest Cleveland, the first Commissioner of the Greater Vancouver Water District, wrote a report that said in

Vancouver there was innate hostility to metering at a time when Seattle and Winnipeg were implementing metering. This attitude has changed over the decades. But half the population always seems to be opposed to it in this region, and half is in favour of it. Ultimately, if you are going to manage the water resources and implement the appropriate pricing schedules, then you do have to measure what you use.”