POLICIES, DECISIONS, AND RAINFALL INDUCED FLOODING IN CITIES: “Communication is king. As urban decision making brings in more voices, and climate change becomes less of an abstract future but a present-day reality, it is imperative for policy to understand what the different perspectives are and how to weigh their importance,” stated Charles Axelsson, PhD, Ca’ Foscari University of Venice in the Science and Management of Climate Change (March 2022)

The edition published on March 8, 2022 featured Charles Axelsson. He completed his PhD at Ca’ Foscari University of Venice in the Science and Management of Climate Change. His thesis is titled Assessing Urban Policy Adaptations to Pluvial Flooding and Stormwater Management under Climate Change. His research focus is on understanding the policies and decision-making around rainfall induced flooding in cities.

In January 2021, in a guest essay titled Communicating with Plain Language is a Guiding Principle, Waterbucket eNews featured the story of Charles Axelsson and his doctoral research at the University of Venice on Adaptation through Policy: Climate Change induced Heavy Rainfall Events and Flash Flooding. In his essay, Charles provided a European lens for seeing how British Columbia is viewed in a global context:

A year later, Charles is now “Dr Charles”. In this edition of Waterbucket eNews, his second guest essay takes stock and reflects on what he learned from the research process. His insights are universal in their application.

His findings align with, and complement, what Dr. Zbigniew Grabowski and his colleagues at the Cary Institute of Ecosystem Studies learned through their research into approaches guiding 22 major American cities. To refresh memories, readers are urged to read “Design With Nature” Framework for Integrating Across Infrastructure Systems, published by Waterbucket eNews on February 15.

The findings by Charles Axelsslon and Zbigniew Grabowski share a common realization. Both draw attention to the “communication deficit”. Failure to communicate effectively about green infrastructure and water sustainability results from a “deficit of systems thinking”. The deficit manifests itself as “silo thinking” which is then compounded by an inability to connect dots and comprehend how everything is connected.

“Climate adaptation, green infrastructure, and water sustainability. How are they interconnected? How would application of systems thinking help communities implement realistic solutions in response to a changing water cycle? How would adoption of integrated, whole-system solutions make a material difference in how we develop land and manage water? These are some of the questions triggered by the work of Charles Axelsson and Zbigniew Grabowski,” stated Kim Stephens, Waterbucket eNews Editor and Executive Director.

“There is always value in looking beyond our geographic boundaries to understand what others are doing, especially when we learn the story behind each of their stories. Their contexts inform how the Partnership takes stock of progress in advancing a Made in BC approach that applies systems thinking and connects dots.”

“Through the sharing of stories, the Partnership aims to trigger questions and spark conversations. We do this by providing information in context. Using the onion analogy, Charles and Dr. Z have peeled back the superficial outer layers to reveal how a lack of clear thinking permeates current practice globally. Both researchers have drilled down to question core premises that drive current approaches and/or practices.”

Introduction of the “Communication Deficit” as an Idea

“Through their respective applications of system thinking, Charles and Dr. Z bring a breath of fresh air to the conversation about integration of climate adaptation, green infrastructure, and water sustainability. They remind us that everything is connected and that failure to apply this guiding principle leads to unintended consequences,” continued Kim Stephens.

“Their questioning of current practices has also exposed flawed premises at the core of current decision processes. I am reminded of the children’s story about the emperor who wore no clothes. There comes a point when somebody blurts out the obvious. This is the context for the research by Charles and Dr. Z.”

“My interviews with Charles and Dr. Z got me thinking about the “communication deficit” and why clarity, conciseness, and consistency are essential ingredients to convey understanding that cascades from high-level to ground level. This sentence is a mouthful, isn’t it? Maybe so but it does set the context for the mind-map that illustrates the Hierarchy of Green Vocabulary.”

“The Partnership urges readers to take the time to reflect on what the one-line definiti0ns of Green Value and Design with Nature mean to you as a guiding philosophy. Then consider how this guiding philosophy plays out on the ground as water sustainability. With this mind-map as your frame of reference, carry on reading and enjoy the essay by Charles Axelsson.”

“My bold prediction is that Charles Axelsson is destined to be a ‘thought leader’ in applying systems thinking to help decision makers make sense of how climate adaptation, green infrastructure, and water sustainability are interconnected.”

Understanding Policies and Decision-Making Around Rainfall Induced Flooding in Cities: Reflections by Dr. Charles Axelsson on what his research revealed

Charles Axelsson completed his PhD at Ca’ Foscari University of Venice in the Science and Management of Climate Change. As a Waterbucket eNews reader for the past two years, he says he has grown to appreciate the variety of stakeholder voices interested in caring for water management.

His plan is to continue his research on how water management decisions are made. In the 3-part essay that follows, Charles Axelssson shares some reflections on insights gleaned from delving into what communities around the globe are doing.

Living in Venice these past four years have given me a front row seat of the effects of climate change on an urban environment. While the recently completely, but near-perpetually delayed, MOSE tidal barriers have stopped the worst tidal flooding in the city, there are already daily conversations about how long the protection can last.

While we are often shown news programmes of distant islands disappearing under the sea or informal settlements in developing cities at the risk of collapse, it is difficult for many in Europe and North America to imagine our own cities succumbing to climatic changes without proper adaptation.

An Introduction to the Research Scope:

I’ve now completed and defended my PhD titled Assessing Urban Policy Adaptations to Pluvial Flooding and Stormwater Management under Climate Change where I focused on understanding the policies and decision-making around rainfall induced flooding in cities. Focusing on six developed cities; Vancouver, NYC, Amsterdam, Copenhagen, Auckland and Sydney I explored:

What adaptation policies exist for these cities

And using different stakeholders, exploring if, and where differences in the decision-making process on stormwater exist (Part 2)

What the Research Revealed:

One of the main takeaways from my doctoral work is there is still a lot of disagreements in communication throughout this decision-making process. Within policy itself, there is a disconnect between the way the problem of stormwater adaptation is framed theoretically versus perceived in reality.

Theoretically, there is a large focus on adaptation that centers around a concept of a clean, green, healthy and sustainable city with environmental management and social equity as core criteria. However, in my research I found that many of those involved in policy still place a higher importance on the political limitations of policy making and the economic costs of project management.

While both types of criteria are ultimately important in making a healthy decision, it appears these decisions are still centered around traditional approaches. Beyond policy makers, there is also disagreements or differences in what different stakeholders want for stormwater management or how they even approach the problem.

Academics, activists and those involved in municipal governments are only a small section of those with voices in decision making. These differences have left me with questions to pursue in future work.

Part 2 – Future research and what’s next

Communication is king. Oftentimes when two parties disagree there is a push to compromise or win the debate. What I find important is not just to find a suitable solution for everyone but to understand why these disagreements occur in the first place.

Particularly for urban adaptation decisions, how someone views or perceives what is important in the problem will ultimately influence their optimal solution. As urban decision making brings in more voices, and climate change becomes less of an abstract future but a present-day reality, it is imperative for policy to understand what the different perspectives are and how to weigh their importance.

Questions in Search of Answers:

These are big questions we still need to solve. If flooding will occur in a neighborhood, what will happen if what homeowners want differs from what those in city hall believe is best? What if local environmental campaigners have a different vision to protect a nearby park or engineers see it as an opportunity to test a new adaptation methodology?

Is there a way to unify these perspectives and streamline solutions? If not, who decides whose values are more important? Climate change will put increasing pressure on urban adaptation decision-making making these questions a part of daily life.

Adding in environmental measurements and rainfall predictions, we can begin to build a pluvial flood adaptation model so that as climate change shifts pressures on the city, the city can adapt accordingly, careful to understand not only what the city needs but what its citizens and stakeholders want. This is one of the paths I am interested in taking my future research down.

Part 3 – Why it all matters

So far, my work has focused on westernized and developed cities. For the most part, these cities have a predictable and established tax base, support from regional and national governments, research capabilities, and accessible local governance.

It is one of the biggest limitations of my doctoral work that I wasn’t able to include non-westernized cities as well as developing cities in Africa, Asia and South America with different governance systems and different methodologies to manage stormwater flooding.

However, drawing from the resources of the developed cities I hope that the scenario building and modelling can help produce more of a guidebook for adaptation that can translate across cities and systems. This will be increasingly important as some cities face less time and fewer resources to make climate change adaptation decisions.

In closing, I hope that in the future adaptation can move towards a global community similarly to how we approach climate change mitigation. 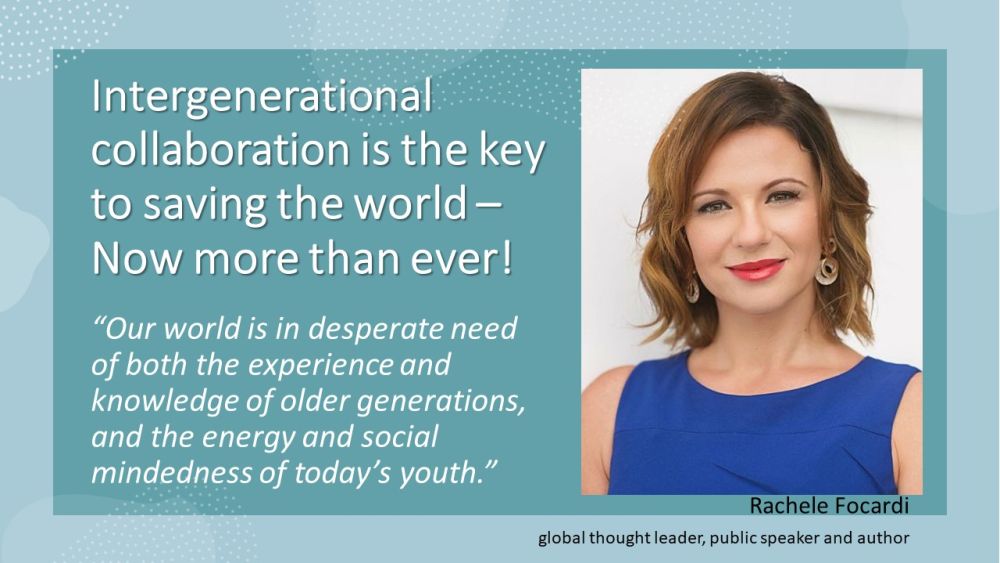 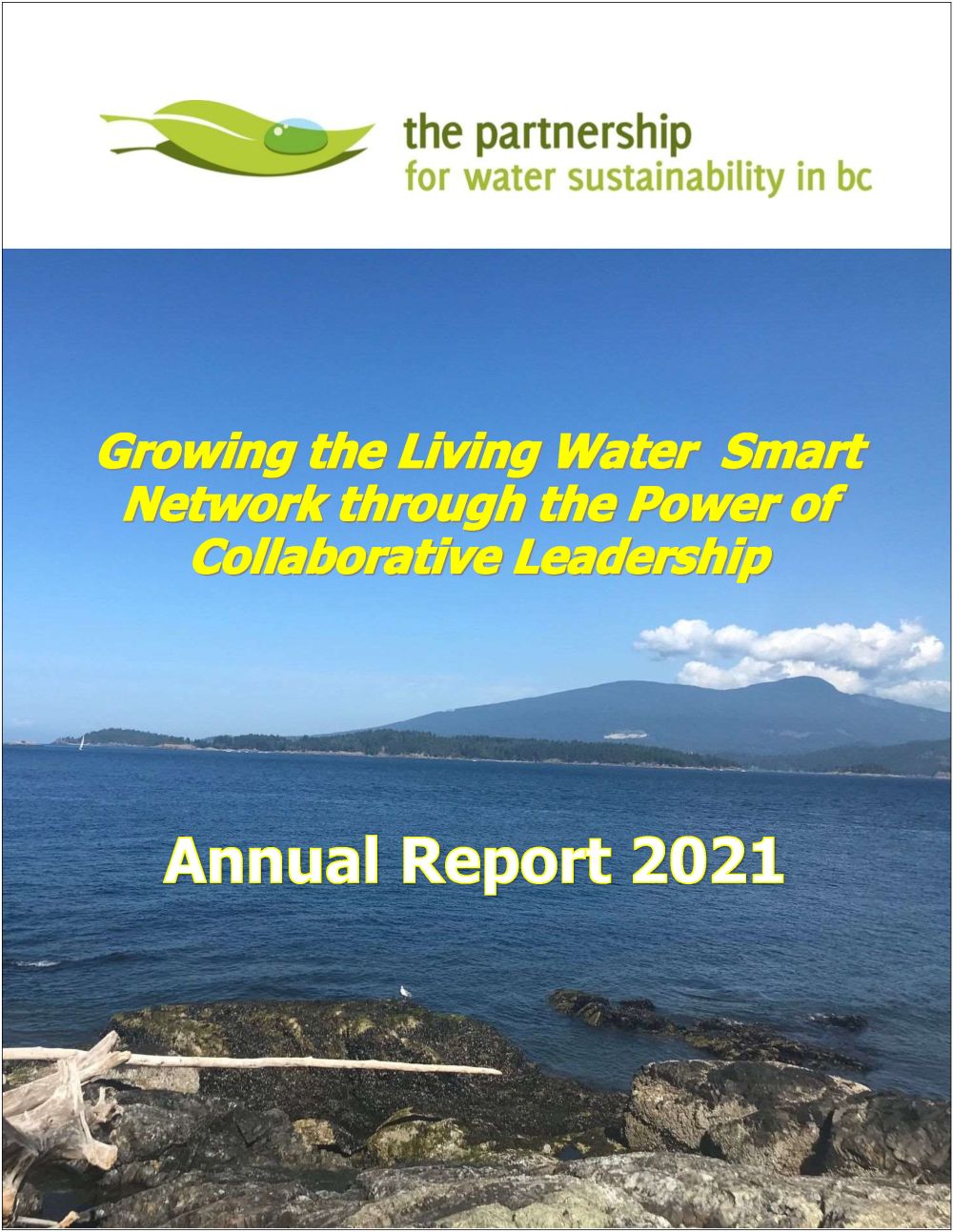