DID YOU KNOW THAT: China breaks ground on ambitious and self-sustaining "Forest City"

Milan-based architect Stefano Boeri is passionate about green infrastructure and demonstrates the art of the possible with his fantastical-looking plant-covered buildings. He is famed for his tree-clad Bosco Verticale (Vertical Forest) skyscraper complex in Milan, completed in 2014. Vertical Forest is a model for sustainable building design, urban reforestation, and vertical densification of nature within a city.

Building on his Vertical Forest success, Stefano Boeri has a vision for creation of ’forest cities’. This is an ambitious plan. His first project is the Liuzhou Forest City, which is under construction in the mountainous region of Guangxi, China. 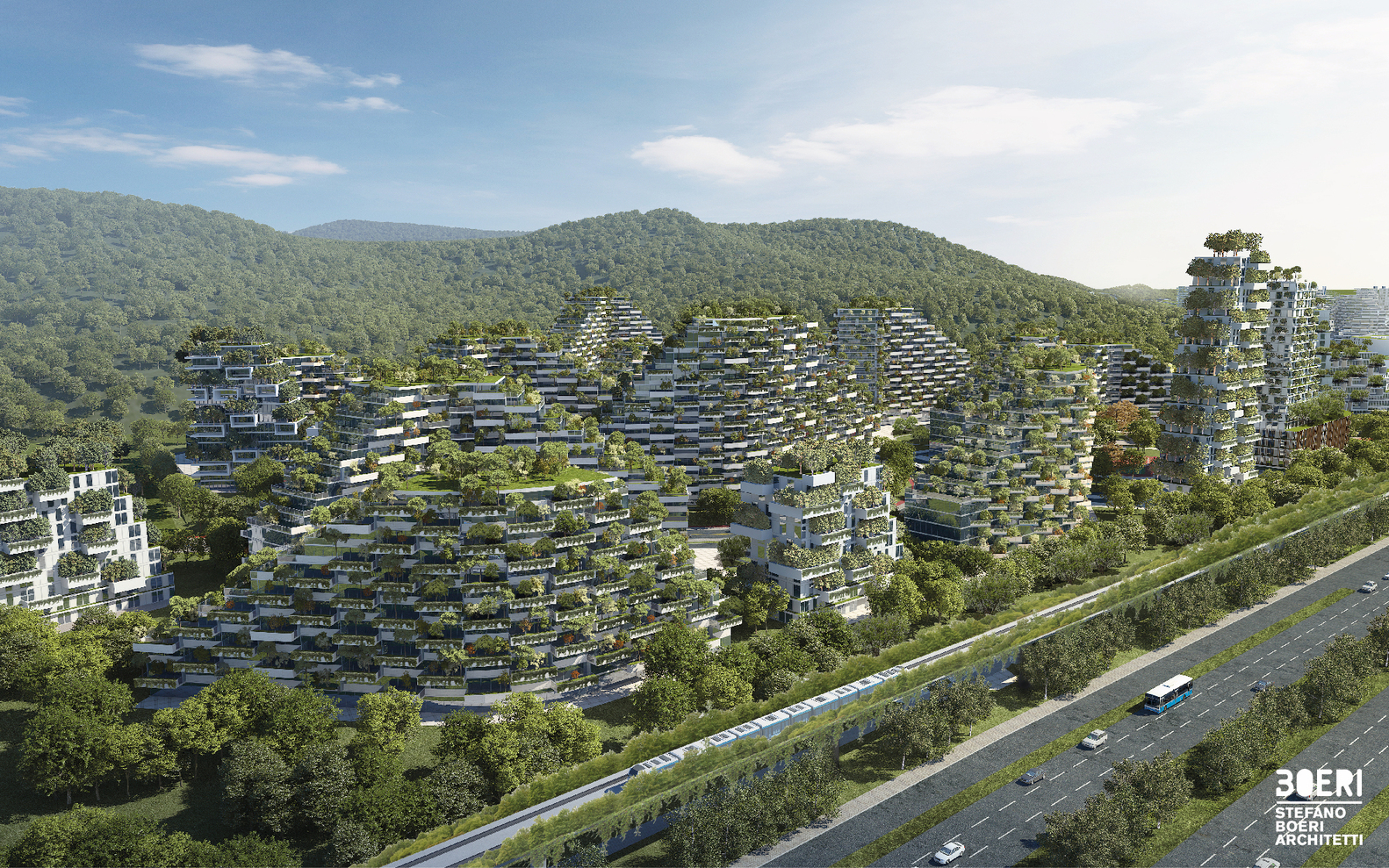 “The Liuzhou Forest City is the first experiment of the urban environment that’s really trying to find a balance with nature,” said Stefano Boeri, an internationally acclaimed architect

This shift created the opportunity for Stefano Boeri to implement his Forest City vision. The project comes on the heels of Vertical Forest, two residential towers in Milan covered in the equivalent of five acres of forest.

“We started to imagine if it was possible to create an urban environment created from many of these vertical forests,” stated Stefano Boeri. China, he said, provided the perfect backdrop for such an ambitious project.

“Cities are two per cent of the entire Earth’s land surface, but they are producing 70 per cent of CO2.

“Forests absorb approximately 40 per cent of [man-made] CO2, so increasing the number of trees and plants inside a city is a crucial issue.”

A Modern City with a Difference:

A small portion of Liuzhou, which has a total population of around 1.5 million residents, is being redeveloped. The new ground-up city will accommodate up to 30,000 people in a master plan of environmentally efficient structures covered top-to-bottom in plants and trees.

Liuzhou Forest City will contain all of the essential typologies of the modern city – offices, houses, hotels, hospitals and schools – housed within a 175 hectare site near the Liujiang River. Construction is expected to be completed in 2020.

Employing Stefano Boeri’s signature vertical forest system, the facades of each building will be covered in plant life, with a total 40,000 trees and nearly 1 million plants from over 100 species specified.

According to Stefano Boerio,”For the first time in China and in the world, an innovative urban settlement will combine the challenge for energy self-sufficiency and for the use of renewable energy with the challenge to increase biodiversity and to effectively reduce air pollution in urban areas – which is really critical for present-day China – thanks to the multiplication of vegetable and biological urban surfaces.”

As nothing like this has ever been attempted before, it will be intriguing to see how it turns out.