The flood, drought and fire extremes of 2017 provide both the backdrop and a focus for the Blue Ecology Workshop on November 28th in Richmond. It need not be doom and gloom. There is hope for future generations – especially if we take a water-first approach to setting priorities. The process for adapting to a changing climate starts with an attitude change. Actually adapting requires transformational changes in how we apply hydrologic understanding, value nature, and service land – this is a unifying theme for the Blue Ecology Workshop.

Designed to be a conversation starter, the Blue Ecology Workshop will have a town-hall format to create a ‘sharing & learning’ atmosphere for interaction between the audience and the presentation team. Michael Blackstock will be joined by two ‘water champions’ who have achieved national prominence – the CBC’s Bob McDonald, host of Quirks & Quarks; and Member of Parliament Fin Donnelly, who has twice swum the length of the Fraser – along with a supporting cast from the Partnership for Water Sustainability in British Columbia.

“Climate change is no longer in the future. It is here. It is real. If we are to adapt, and be quick about it, we really must move beyond ‘shock and yawn’,” says Bob McDonald – author, science journalist, and the national science commentator for CBC Television and CBC News Network

Vision for a Water-Resilient Future

“Michael Blackstock has a vision. He foresees British Columbians successfully adapting to climate change and becoming more water-resilient. I share Michael’s uplifting vision; and that is why I jumped at the invitation to be part of the Blue Ecology Workshop team,” states Bob McDonald.

“I am often invited to be a keynote speaker at conferences across Canada. Usually I parachute in, tell my story and depart. Not so with the Blue Ecology Workshop. My relationship with the Partnership for Water Sustainability is different. The Partnership has embraced me as a team member, I have a defined role to play within their team concept, and I will be there for the duration of the workshop.

“Blue Ecology is my second Partnership event, the first being the FLOWnGROW Workshop a year ago in Kelowna. These experiences are fun. I am excited because I believe we can make a difference by sharing our observations and experience with passion and enthusiasm. The Partnership goal is to inspire audiences to individually make a difference when they leave the workshops. This goal resonates with me!”

Reflections on the Summer of 2017

“This past summer I drove from Victoria to Caspar, Wyoming on my motorcycle to observe the solar eclipse. British Columbia was burning. The smoke was overwhelming and it was everywhere,” continues Bob McDonald. “Along the way, I literally could not see the trees for the smoke. The mountains were merely etchings in the sky.

Engage the Public with a ‘Message of Hope’:

“Weeks later, the dramatic impact of the hurricanes in the Carribbean dominated the news. It struck me then that the predictions for increasing frequency of extreme events are actually coming true. Climate change is here. And it has happened quickly. More quickly than predicted. The real story is the accelerating rate of change, especially since extreme events are creating their own weather. In British Columbia, wildfires will shape our future.

“A recent interview with a UN diplomat got me thinking. The real issue is public engagement, he said. We are at a moment of truth. Unless the climate message offers hope, he explained, individuals will not be motivated to take action in the face of change. Yet action does need to happen quickly. Because Blue Ecology is a message of hope, I believe it is an idea whose time has come. As Michael Blackstock has written:

To make the right choices moving forward, decision-makers at all levels and scales must understand how and where the rhythms of water are changing.

“If we do make the right choices, we will be more water-resilient, and we will successfully adapt to a changing climate!” 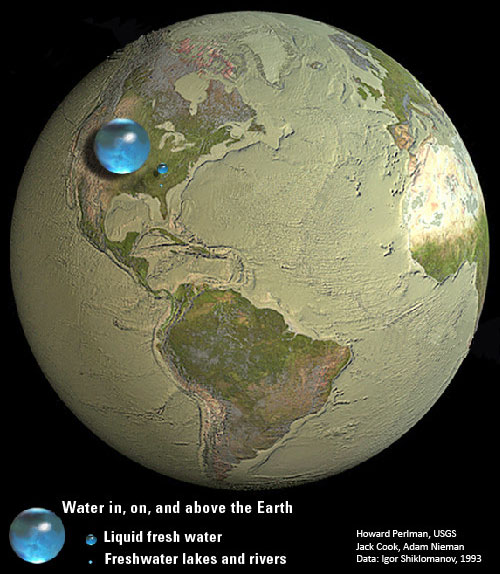 Water from a Global Perspective and Beyond

Bob McDonald translates complex scientific information in a way that is both fascinating and easily understood by his audiences.

“We are used to being surrounded by lots of water, on a global scale, but the Earth doesn’t have much fresh water available for humans,” states Bob McDonald.

“Take a look at the dramatic illustration from the U.S. Geological Survey (above) and you will see that if all of the world’s water, including the oceans, were formed into one big drop, it would form a sphere 1,376 kilometres in diameter, which is about as wide as the Prairie provinces. Out of that, the fresh water available to humans is a sphere only 56 kilometres across.

“That’s not a lot of fresh water for seven billion humans to live on. That’s also why water conservation is so important.

“Water is THE issue of the 21st century, both around the world and even here in Canada where we have more water than anyone. As glaciers disappear and droughts become more frequent, it is vital, in every sense of the word to manage our most precious resource wisely. The big question is: are we collectively up for it?” 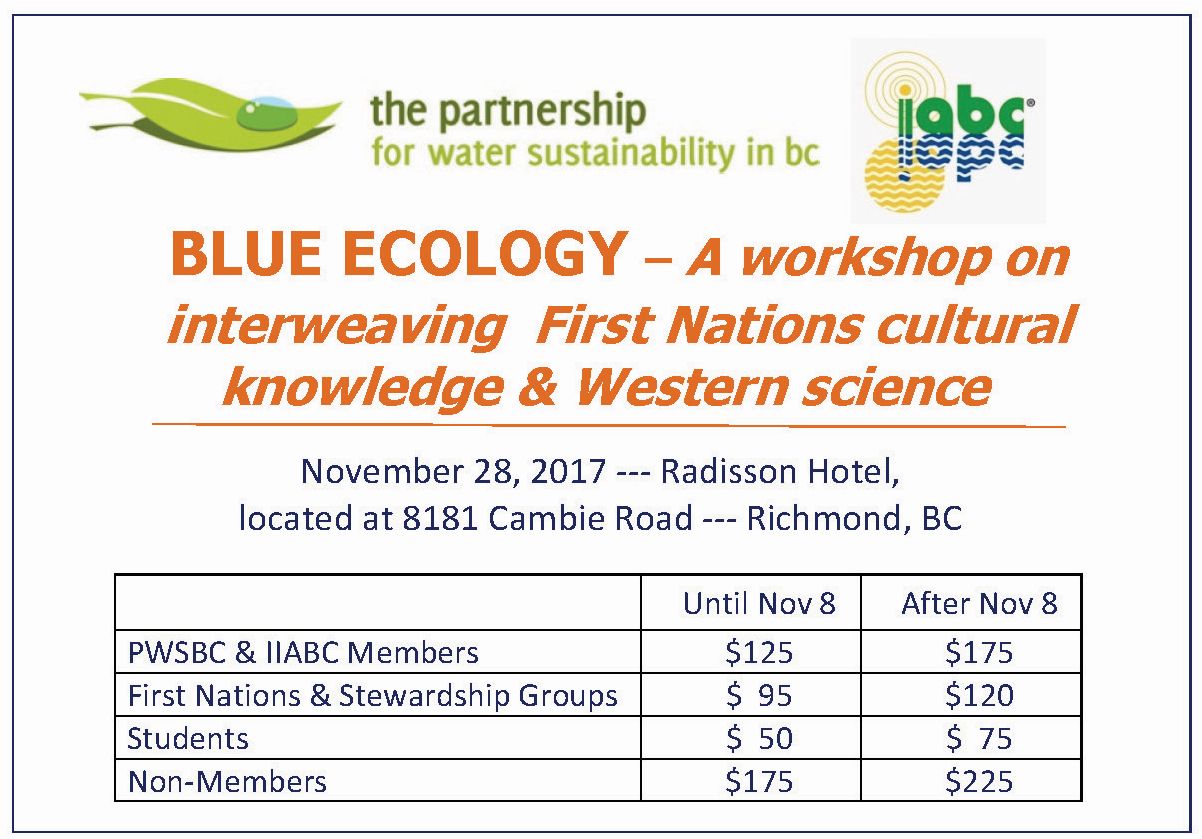