Released in February 2004, the “Water Sustainability Action Plan for British Columbia” provides a partnership umbrella for aligning efforts and implementing on-the-ground initiatives in the local government setting. Throughout 2014, the Partnership for Water Sustainability is celebrating 10 years of successful Action Plan program implementation. This is the sixth in a series of flashbacks featuring those who have played leadership roles in delivering the Action Plan. 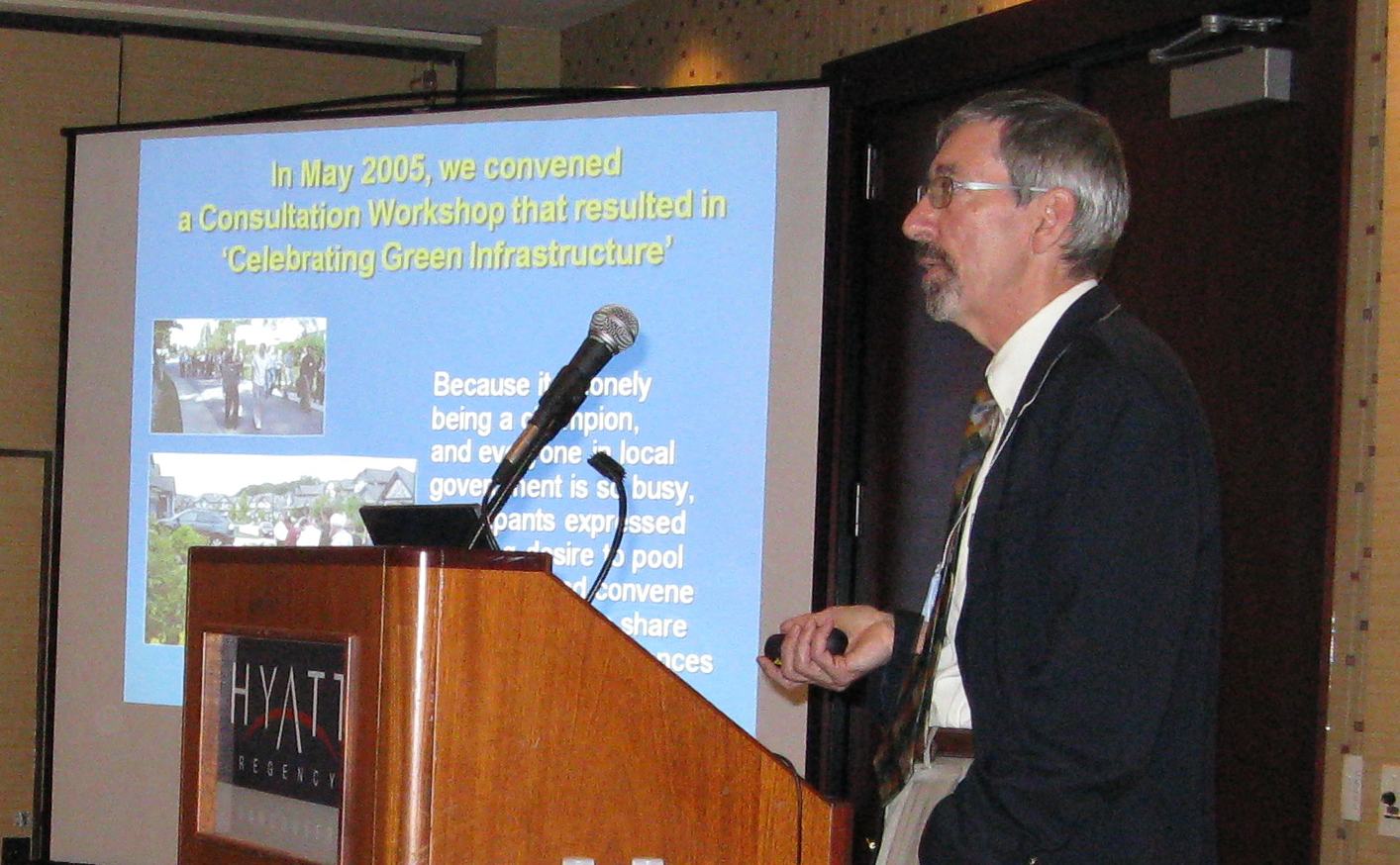 During the period 2003 through 2010, the Green Infrastructure Partnership (GIP) played a prominent role in leading change and assisting with implementation of the Water Sustainability Action Plan, primarily in the Metro Vancouver region, and also on Vancouver Island. In 2010, the GIP’s responsibilities were merged with those of the Partnership for Water Sustainability.

Paul Ham, at the time the General Manager of Engineering with the City of Surrey, served as Chair of the Green Infrastructure Partnership from 2005 until his retirement in 2008. He continued as Past-Chair until 2010.

“Shortly after becoming GIP Chair, I met with my peers on the Metro Vancouver Regional Engineers Advisory Committee (REAC), and asked them to support and participate in a Green Infrastructure Consultation Workshop that the City of Surrey hosted in May 2005,” recalls Paul Ham.

“The REAC Workshop proved to be a transformational event. The majority of Metro Vancouver municipalities participated. The ‘Convening for Action’ initiative was well and truly launched.”

“In looking back, I see my years of chairing the Green Infrastructure Partnership as helping to get the ball rolling and ideas disseminated, on green infrastructure, all of which has subsequently been taken up by others to a much greater degree of implementation and success.”

“Green infrastructure practices have moved from pilot project to neighbourhood and watershed scale approaches. I believe that, in some substantive way, our GIP efforts a decade ago advanced the cause of sustainable development and moved the state of-the-art of green infrastructure to a more mainstream level,” concludes Paul Ham.

The complete story is posted on the waterbucket.ca website – click on Celebrating a Decade of Success: “Green infrastructure practices have moved from pilot project to neighbourhood and watershed scale approaches,” reflects Paul Ham, an early green infrastructure champion.