What Proportion of Rainfall Does the Tree Canopy Intercept?

Collaboration between researchers at the University of British Columbia (UBC) and the Metro Vancouver region’s three North Shore municipalities — North Vancouver District, North Vancouver City, and the District of West Vancouver — opened the door to a long-term partnership to bring science into the community. In 2007, Clovelly-Caulfeild in West Vancouver was the first North Shore neighbourhood to step forward and participate in the Urban Forest Research Project. 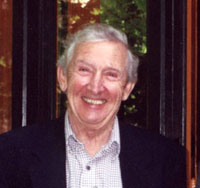 According to Paddy Sherman, Chair of the Council-appointed Clovelly-Caulfeild Neighourhood Plan Working Group, “We are impressed by the innovative and easy-to-install system that Dr. Markus Weiler of UBC and Richard Boase of North Vancouver District have developed for capturing rain that makes it through the tree canopy. The community volunteers are excited to play a part in this project.”

“This on-the-ground research by UBC will inform the neighbourhood planning process by bringing science into the discussion of the role that trees play in the urban environment. It will also advance the state-of-the-practice in rainwater management.” 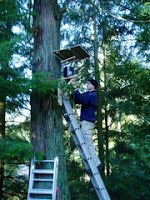 Participation of Clovelly-Caulfeild residents in the UBC project was an outcome of a neighbourhood planning process. Recent redevelopment has altered considerably some existing streetscapes and landforms. Historically, drainage has not been an issue in the Clovelly-Caulfeild area. But this has changed – as trees have been removed, drainage has emerged as a problem under both rainy weather and drought conditions. The pervasive effects of not ‘designing with nature’ have been becoming more and more visible, and have been extending across a larger and larger area.