Questions about porous pavement answered by Bruce Ferguson, the man who wrote the book 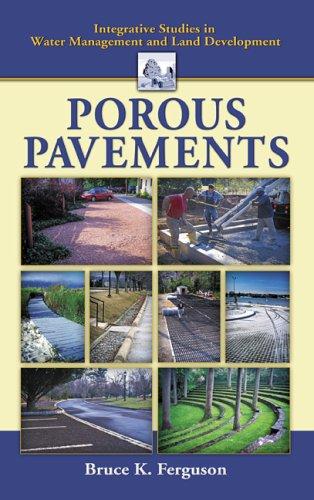 Questions and Answers
In an article published in the September 2009 issue of Stormwater Magazine, Bruce Ferguson wrote that since 2005, he has saved 230 files of porous pavement questions conveyed in e-mails, telephone calls, and conference question-and-answer sessions.

“This article summarizes the questions that I have received most commonly over the years. My answers to them are based on 12 years of research and experience in the field, including surveying research reports, interviews with national experts, and firsthand observations in the field.”
“There is a huge amount of knowledge about porous pavements now, and it is continuing to grow rapidly. The questions reported here are what people most frequently say they need to know.”
To read the online version of the article, click on Porous Pavements Q&A; and to download a copy, click here.
About Bruce Ferguson: He is the Franklin Professor of Landscape Architecture at the University of Georgia. He is the author of the 2005 book Porous Pavements. He has specialized in urban environmental design for 25 years. Ferguson’s 1994 book Stormwater Infiltration is considered a landmark in the integration of urban development with natural watershed processes. His 1998 book Introduction to Stormwater is the most frequently referenced book in the field.
In 2005 Ferguson completed the first comprehensive guide to porous pavements, which have been called “the holy grail of environmental site design” and “potentially the biggest development in urban watersheds since the invention of the automobile.”
Ferguson’s eight years of research for the book included a firsthand survey of 280 installations of all kinds of porous pavements, in all parts of North America. Since publication of the book, he has been asked to speak and consult as often as twice a month in every region of North America, educating multidisciplinary practitioners and guiding the design and approval of new porous pavement installations.