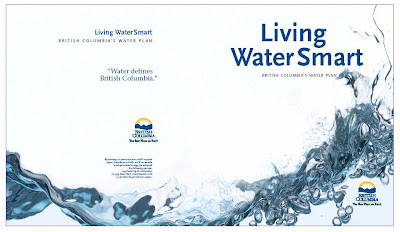 A Plan for Water Sustainability
Released in June 2008, Living Water Smart,British Columbia’s Water Plan is a blueprint for cultural, environmental, industrial, community and agricultural change that will help safeguard the province’s water resources into the future. Drawing on a variety of policy measures, including planning, regulatory change, education, and incentives such as economic instruments and rewards, the plan commits to new actions and builds on existing efforts to protect and keep B.C.’s water healthy and secure.

“Water defines British Columbia and it is essential to our quality of life,” stated former Environment Minister Barry Penner when he announced the release of this visionary document at Musqueam Creek in the City of Vancouver. “Living Water Smart lays out the vision and the steps needed to protect our rivers, lakes, streams and watersheds. This plan will make B.C. a leader in water stewardship, fits with our overarching strategy to protect the environment and positions us for continued success in the 21st century.”
Representatives of several organizations joined Minister Penner for the announcement, including Maureen Enser, Executive Director of the Urban Development Institute. 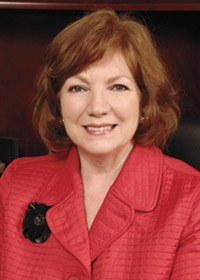 “The Urban Development Institute is committed to wise and efficient land use. By working collaboratively and collectively, we can apply new ideas and thinking to the way we build communities,” stated Maureen Enser. “Today we are on the brink of change. This is a special moment in time. We have been looking for a clear vision for this province in terms of its water resources….now we have to work together to make sure that the plan comes to fruition. Minister, this is phenomenal. We are committing ourselves as an industry to working with government at all levels to make sure this precious resource is protected for future generations.”
TO LEARN MORE: To read an article posted on the Water Balance Model community-of-interest about the June 2008 announcement by former Minister of Environment Barry Penner, click on Living Water Smart: A Plan for Water Sustainability in British Columbia.