Philadelphia Ranks Tops in the United States for Green Infrastructure 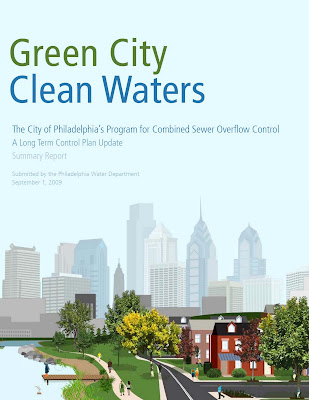 Green City, Clean Waters
Philadelphia ranks tops in the United States and is a national model for its long-term efforts to reduce stormwater pollution and sewage runoff through eco-friendly and cost-effective measures, according to  new report released by the Natural Resources Defense Council.
Philadelphia led a list of 14 municipalities for its commitment to infrastructure and design changes to capture rainfall and reduce runoff pollution by slowing the flow of rainwater and stormwater into the city’s antiquated sewer system.

“Philadelphia recognizes that green infrastructure, which stops rain where it falls, is the smartest way to reduce water pollution from storms,” said Karen Hobbs of the Natural Resources Defense Council, which released the “Rooftops to Rivers” report  and is one of several environmental advocacy groups that helped the city develop its water management plan. “It often only takes a fraction of an inch to trigger this kind of pollution.”
The study looked at six key elements for developing green infrastructure plans and Philadelphia was the only city that met all six criteria. The report said five other municipalities met five criteria on its “Emerald City” six-point scale: Milwaukee; New York; Portland, Oregon; Syracuse, New York; and Washington, D.C. Meeting four of six criteria were Aurora, Illinois, and Toronto, Ontario.
Philadelphia’s initiative is called Green City, Clean Waters. “This is a 180-degree reverse of how water has been managed in urban environments for hundreds of years, at least,” said Howard Neukrug, commissioner of the Philadelphia Water Department. 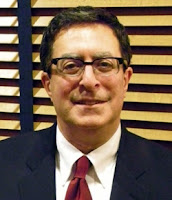 “The entire structure of a city like Philadelphia, or any modern city or even a third world city, is to take rainwater and move it away from the population base as quickly as possible. And now we’re saying ‘No, let’s conserve the rainwater, reuse it, recycle it, let it infiltrate into the ground where it lands.’ So it’s beyond innovative: it’s mind-altering, it’s moving totally against the tradition of the engineering process of how a city is designed and constructed.”
“We’re looking under every rock to do whatever we can to provide incentives and make it easy on folks, whether they’re developers or homeowners.”
To Learn More: For more information about the NRDC report, click on Green Infrastructure is Spreading to all Corners of the North American Continent to read an article posted on the Water Bucket website.
To read more about Philadelphia’s bold plan for green infrastructure, click on these links to access stories previously posted on the Water Bucket website:
And click here to access the homepage for the Philadelphia Water Department’s Office of Watersheds.