Convening for Action on Vancouver Island: Creating our future, one conversation at a time 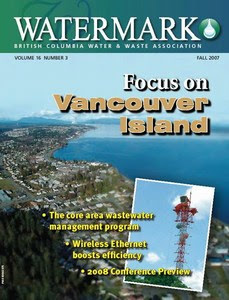 It Starts with a Conversation
CAVI, Convening for Action on Vancouver Island, is a demonstration program at a regional scale that is being implemented under the umbrella of the Water Sustainability Action Plan for British Columbia. CAVI was formally launched in September 2006 by means of a consultation workshop held in Victoria as an adjunct to the Water in the City Conference.
The Fall 2007 issue of Watermark Magazine, published by the British Columbia Water & Waste Association, provided a progress report on program implementation to date. To download a copy of the article, please click on this link to Convening for Action on Vancouver Island: Creating our future, one conversation at a time

According to Eric Bonham, a founding member of the CAVI Leadership Team, “The strength of the CAVI approach on Vancouver Island is the engagement of its partners on a one on one basis who “buy in” to the vision of water-centric planning. The process is accumulative, as others from diverse backgrounds are drawn to the common goal of achieving water sustainability.”
“Each progressive step builds upon the previous success story, with the recognition that eventually all the players must be at the table including government, business, developers, consultants, First Nations, academics and citizens,” concludes Eric Bonham in the article, “Only through such an inclusive partnership will the fundamental shift towards integrated ‘design with nature’ water-centric land use planning on Vancouver Island become firmly established and practiced.”