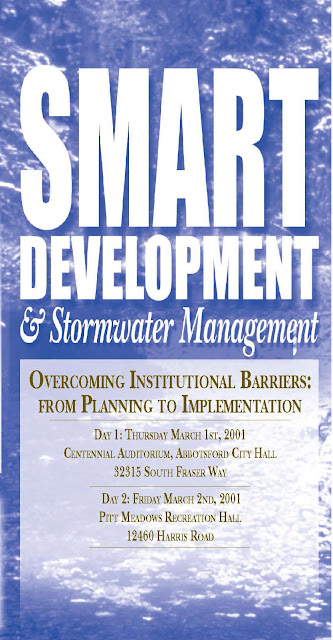 Genesis for ‘Stormwater Planning: A Guidebook for British Columbia’
A decade ago, the SmartStorm Forum Series comprised events on Vancouver Island (Nanaimo in January 1999) and the Sunshine Coast (Sechelt in September 1999), and in the Fraser Valley (Abbotsford and Pitt Meadows in March 2001).

The genesis for the series was a focus group workshop held in October 1997. Convened by the Union of British Columbia Municipalities (UBCM), the workshop was part of the rollout process for the Fish Protection Act, enacted only a few months before. The coming together of a group of change agents in October 1997 set in motion a chain of events that has reverberated through time.

A value-added dimension to the SmartStorm Forum Series was the involvement of elected representatives, in particular Mayor Barryk of the Town of Gibsons. Mayor Janyk was the moderator for the last three in the series. 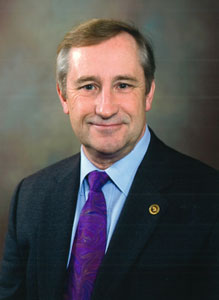 “The response to the SmartStorm Forum Series was simply overwhelming,” recalls Mayor Barry Janyk, “For the first event, held in Nanaimo, the doors had to be closed when the surge of last-minute  registrations reached the 250 seating capacity of the Coast Bastion venue.”
“When we decided to host the second event on the Sunshine Coast, the skeptics asked me who would come to the Sunshine Coast. Well, they did come and they came from far and wide, including a representative of the Ontario Ministry of Environment. We attracted a capacity crowd of some 225 to the local theatre in Sechelt.”
Mayor Janyk’s championing of the series led to the mayors of Abbotsford, Maple Ridge and Pitt Meadows stepping forward and volunteering their municipalities as hosts for the two Fraser Valley events.
“We attracted comparable crowds in Abbotsford and Pitt Meadows. We created a buzz. This led directly to development of Stormwater Planning: A Guidebook for British Columbia,” states Barry Janyk.
TO LEARN MORE: To read the complete story posted on the Water Bucket website, click on A Look Back to the SmartStorm Forum Series
Founded on British Columbia case study experience, and released by the BC Ministry of Water, Land and Air Protection in 2002, Stormwater Planning: A Guidebook for British Columbia formalized a science-based understanding to set performance targets for reducing rainwater runoff volumes and rates. These targets represent the synthesis of biological and hydrological understanding.

The Guidebook’s premise that land development and watershed protection can be compatible represented a radical shift in thinking in 2002. 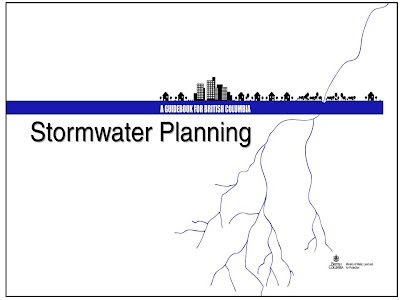