Local government in British Columbia is at a major crossroads, says City of Courtenay's Kevin Lagan 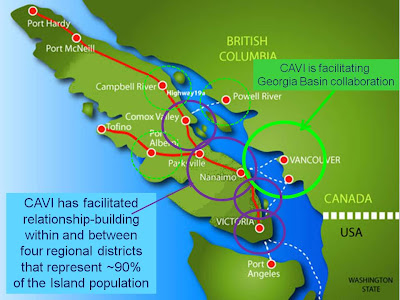 Convening for Action to Create a Legacy
Kevin Lagan, Director of Operational Services with the City of Courtenay is passionate about what he does, and about the future of the Comox Valley. At the conclusion of the Nanaimo Water Pricing Workshop in September 2010, he seized the moment to call on participants to work together to create a legacy through Convening for Action on Vancouver Island (CAVI)..
“I have been involved with CAVI for four years. It is amazing when I reflect on the subjects that come up in these sessions… the common themes and similar issues. Looking back, I started life in the working world 43 years ago using longhand calculations, punch tape and punch cards….and look where we are today. What a change in not many years!” 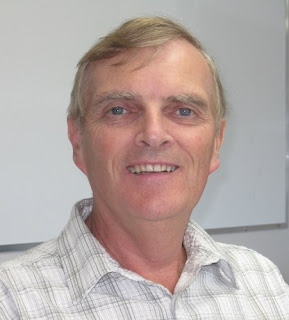 THE NEW BUSINESS AS USUAL: “Today I see local government being at a major crossroads. I wish I had longer to go in local government, but I don’t…. because there are magnificent opportunites waiting for us, now and for 10, 20 years in the future. Who would have thought that we would have progressed so far over the course of my career. We have gone from viewing the environment as being something to be pulled apart…. to the situation today where environment is a major issue in economic equations.”
“We look at assets differently: what do we have: how long is it going to last; when do we have to replace it? We are taking better reports to Council; and while we are communicating better with one another, we can always do better. We are involved in groups, and with First Nations.”
“There is a whole list of things that we have heard in this workshop today that I think will inspire us to move forward, to think about we are doing individually and collectively, and to work together to produce a better Canada.”
“I want to do my part over the year and a half that I have left with the City….to see what we can do to leave a legacy in the future. We have a group through CAVI that is trying to do that, and I hope it continues. I would like to be part of it.”
TO LEARN MORE: Click on a local government perspective on creating a legacy and view a 2 1/2 minute video clip of Kevin Lagan speaking from the heart.
Click on Nanaimo Water Pricing Workshop: Connecting the dots to Sustainable Service Delivery to access a series of articles that elaborate on the program content.
Click on Nanaimo Water Pricing Workshop: Links to video clips on YouTube. These priovide the flavour of the day.