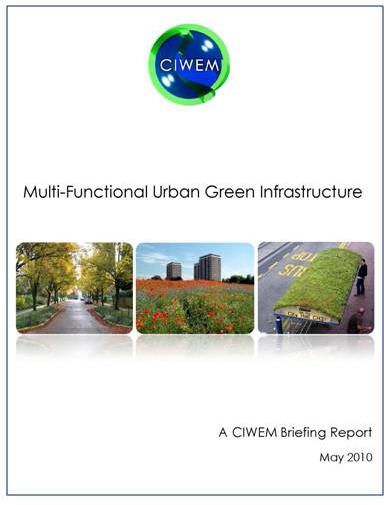 Multi-Functional Urban Green Infrastructure
According to a briefiing report released in the United Kingdom by the Chartered Institute of Water and Environmental Mangement in May 2010, “A recent trend is the loss of private gardens. Private gardens are a valuable resource for urban drainage as they can absorb up to ten litres of rainwater a minute.”
“In Greater London, private gardens make up a fifth of the area, yet here and elsewhere there has been a trend of converting front gardens into paved areas of hard standing to provide car parking spaces. The loss of front gardens results in increased pressure on street drainage, has implications for the transfer of pollutants to rivers,”  the report states.
In releasing its report titled Multi-Functional Urban Green Infrastructure, CIWEM says that the dramatic increase in land use pressure caused by having over 80 percent of the United Kingdom population living in urban areas combined with an increase in temperature due to climate change, it is essential that green infrastructure is embedded into planning and funding priorities.