Why Newfoundlanders are the highest water users in Canada 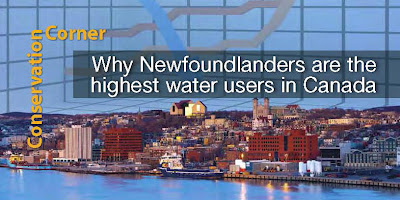 “According to Canada Mortgage & Housing Corporation (CMHC), residents of Newfoundland are the highest per-capita water users in Canada….But I do not believe it,” writes Neal Klassen in his Winter 2010 article for Conservation Corner on the Water Bucket website.

“Mark Twain once said there are lies, damned lies and statistics. And that was over 100 years ago, before we had computers and billions of data points to analyze. All the numbers available to us these days can lead to some odd statistical reporting…”
“Newfoundlanders are not the highest water users, statistics just make them look that way,” concludes Neal Klassen.
TO LEARN MORE: To download the complete article, click on Why Newfoundlanders are the highest water users in Canada
Originally published in the Winter 2010 issue of Watermark Magazine, the official publication of the British Columbia Water & Waste Association (BCWWA).