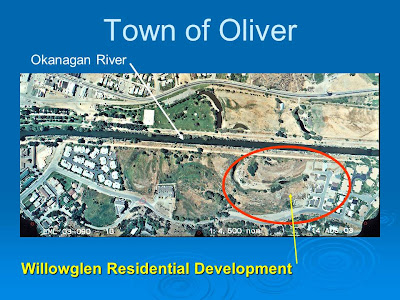 In February 2006, the University of British Columbia Okanagan was the venue for a training workshop on the Water Balance Model for British Columbia, a web-based decision support and scenario modeling tool for rainwater source control evaluation.  Organized by the Association of Professional Engineers and Geoscientists of BC (APEGBC) in collaboration with the Inter-Governmental Partnership, the workshop was initiated by the City of Kelowna to provide Southern Interior design professionals and others with hands-on training in a computer lab setting. 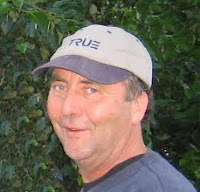 The Willowglen subdivision in the Town of Oliver was used as a case study example to illustrate the application of scenario modelling to achieve performance targets, while at the same time making the exercise realistic.
On-site rainwater capture and ground discharge has for several decades been the preferred practice in the Town of Oliver. “We view this approach as good engineering; it makes sense,” stated Terry Underwood, the City’s longstanding engineering consultant of record.
TO LEARN MORE: For the complete story on the workshop program and what was accomplished, click on Design with Nature & Rainwater Management: APEGBC organizes and UBC-Okanagan hosts Water Balance Model Training Workshop.
To gain insight into how the training session was structured, click on Lesson Plan for Water Balance Model Training Workshop held in Kelowna at UBC-Okanagan University.