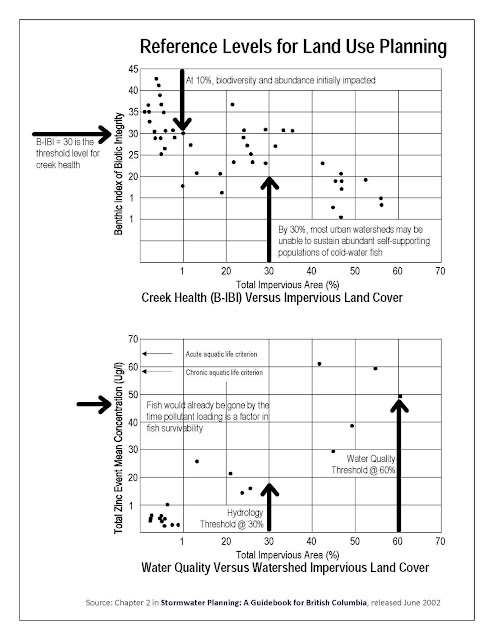 Factors Limiting Stream Health –
What Matters Most?
Washington State’s Puget Sound and British Columbia’s Georgia Basin together comprise the Salish Sea. In the 1990s, the goal of protecting stream health became a driver for action on both sides of the border. In 1996, the seminal research findings by Richard Horner and Chris May shook conventional stormwater management wisdom in the Pacific Northwest to its foundation.
Horner and May identified and ranked the four factors that limit stream health. Changes in hydrology is #1; deterioration in water quality is #4. If the goal is protection of aquatic resources, Horner and May demonstrated that a water quality driven program would not achieve the goal. 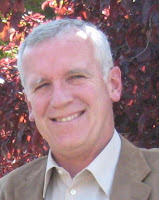 “The stream health findings by Horner and May gave us a springboard to reinvent urban hydrology. Released by the Province in June 2002, Stormwater Planning: A Guidebook for British Columbia is a transformational document. It quickly became a catalyst to implement a ‘design with nature’ approach to rainwater management and green infrastructure,” states Peter Law. Formerly with the BC Ministry of Environment, Peter Law chaired the Guidebook Steering Committee.
To read the complete story posted on the Water Bucket website, click on A Science-Based Road Map for Integrated Rainwater Management.