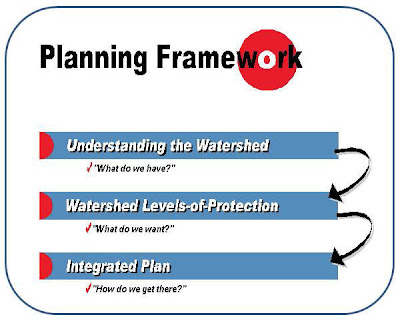 ISMP Course Correction: Municipalities Can Achieve More With Less
On the morning of April 7, Metro Vancouver will host the 2011 Water Balance Model Partners Forum. This will be followed by a meeting of the Metro Vancouver Stormwater Interagency Liaison Group (SILG) in the afternoon. A decade, the Partnership began as a subgroup of SILG.
The Partners Forum is an opportunity for all local governments in the Lower Mainland to learn from each other about implementing green infrastructure, and reflect on what can be accomplished through alignment and collaboration. Those who are curious will learn that: 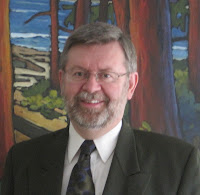 “The need for a ‘course correction’ was identified by the Metro Vancouver Liquid Waste Management Reference Panel in its Final Report to the Metro Vancouver Board, released in July 2009: Re-focus Integrated RAINwater/Stormwater Management Plans on watershed targets and outcomes so that there are clear linkages with the land use planning and development approval process,” states Kim Stephens, Reference Panel Chair.

During the period November-December 2010, the Water Sustainability Action Plan for British Columbia released a 5-part series about considerations driving a course correction in the way ISMPs are undertaken. Release of the Summary Report for ISMP Course Correction Series followed in February 2011.