January 29, 2011 - Posted in Uncategorised, water sustainability
Comox Valley local governments initiate dialogue with development community about aligning efforts at a watershed scale
In 2008, the four local governments in the Comox Valley on Vancouver Island agreed to embark on a journey as a regional team. As a result, the Comox Valley is the provincial demonstration region for showcasing the benefits of a ‘regional team approach’ to establish expectations and achieve consistency at the front counter. 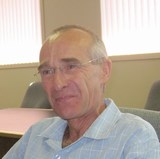 “In December 2010, the CAVI-Comox Valley Regional Team hosted a ‘Developers Dialogue’. This initiated a conversation with the Comox Valley development community about local government policies and strategies to achieve ‘design with nature’ outcomes. The requirements of the Green Communities Act provided the backdrop for the dialogue,” reports Derek Richmond, Manager of Engineering with the City of Courtenay.
“The event was conducted as a townhall sharing session. We invited the development community to talk about how local government can make the development application process more transparent and faster. We also invited participants to share their ideas on green infrastructure innovations.”
To learn more about what transpired at this event, and to access the ‘homepage’, click on Comox Valley Developers Dialogue.
News Release #2011-01
January 11, 2011