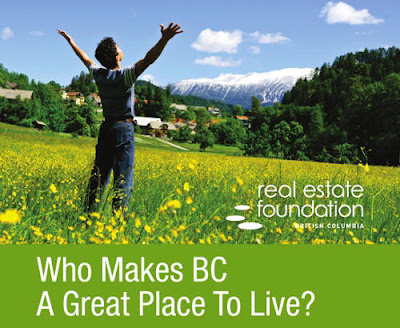 Robert Kennedy, Jr. the keynote speaker for fundraising gala in November 2010
Commencing in 2005, the Province of British Columbia has been collaborating with the Real Estate Foundation of British Columbia to advance planning and practices for water sustainability in the local government context.   The partnership umbrella is the Water Sustainability Action Plan.

“So, a logical next step for the Foundation was to establish a Water Sustainability Endowment Fund in support of non-profit initiatives related to water stewardship. On November 18, the Foundation is hosting a fundraising gala in Vancouver,” states Karin Kirkpatrick, Chief Executive Officer.

“We are excited that Robert Kennedy, Jr. has agreed to join us and be the keynote speaker at the 2010 Land Awards Gala. He engages both business and politicians in the discussion of the importance of planning responsible communities. His talk is sure to stimulate thinking on how these issues apply to us all in British Columbia.” To read the complete story, click on Real Estate Foundation establishes Water Sustainability Endowment Fund to support innovation and collaboration.
News Release #2010-36
September 21, 2010