Well, What is RAINwater Management, Really? 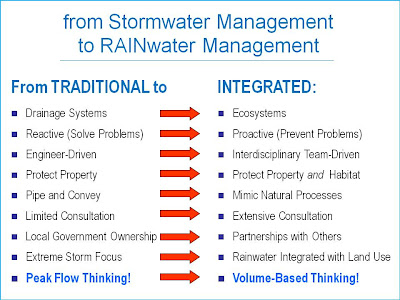 The legacy of the late Don Moore: His questioning of accepted practice initiated a paradigm-shift in the way practitioners view drainage
Don Moore passed away unexpectedly two years ago on July 4, 2008. Part of his legacy is that he was a catalyst who played a leadership role in changing how drainage practice is viewed in British Columbia. 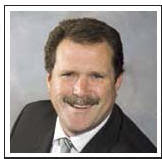 “Don Moore said that MS Word always flagged ‘stormwater’ as incorrect, while ‘rainwater’ was OK, and that led him to think about changing all uses of ‘stormwater’ to ‘rainwater.’ It is rain after all, not just storms, and ‘stormwater’ has developed negative connotations, such as flooding. So from now on, no more ‘stormwater management’, its ‘rainwater management’,” wrote Paul Cipywynk in his Blog when he described an ‘Ah-Ha moment’ at the Let It Rain Conference, organized by Don Moore in March 2005.
Rainwater management is landscape-based, is about managing the spectrum of rainfall events, and is at the heart of water-centric green infrastructure.
To learn more about Don Moore and his contributions to professional practice, click on The legacy of the late Don Moore: he initiated the paradigm-shift from STORMwater to RAINwater
News Release #2010-25
July 6, 2010