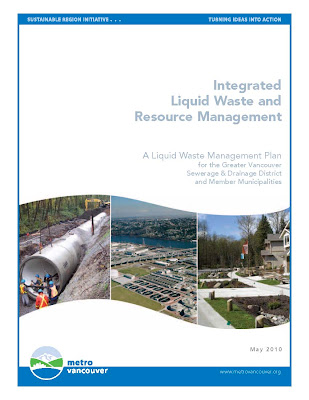 Comprehensive and holistic strategy has two tracks: End-of-Pipe and At-the-Source
In May 2010, the Metro Vancouver Board took a giant step forward when it adopted the Integrated Liquid Waste and Resource Management Plan, completed in November 2009. A distinguishing dimension to the plan is the influential role played by the advisory Reference Panel.
Two years in the making, the Plan establishes the framework for moving beyond regulatory compliance to transitioning Metro Vancouver to an approach where management of liquid discharges and rainwater resources is planned and implemented within a broader, sustainability framework.
To learn more, click on Metro Vancouver Board adopts precedent-setting Integrated Liquid Waste & Resource Management Plan.
News Release #2010-20
June 1, 2010