The edition of Waterbucket eNews published on November 16, 2021 featured the Agricultural Water Demand Model. With longer and drier summers being the new reality for water management, this tool is a game-changer for achieving food security.

“Living Water Smart was a catalyst for action. As the Senior Engineer in the Ministry of Agriculture, Ted van der Gulik had a mandate that allowed him to put his ideas into practice through province-wide implementation of the Agriculture Water Demand Model (AWDM). The power of the tool is found in the provincial 500-metre gridded climate dataset, a North American first,” stated Kim Stephens, Waterbucket eNews Editor and Executive Director, Partnership for Water Sustainability in British Columbia.

“Because it generates solid data on agricultural water need, the AWDM is the tool of choice for doing a Water Sustainability Plan. Work is required in other sectors, notably fisheries, to similarly apply a science-based approach and in so doing generate solid numbers to quantify their needs. To quote Ted van der Gulik, ‘you cannot come up with a plan unless you have all the numbers for all the sectors’.”

“Although now retired from government, Ted van der Gulik continues to make a difference as program delivery manager for the ongoing province-wide AWDM program. It is the springboard for development of additional tools by the Partnership for Water Sustainability, notably the BC Agriculture Water Calculator, which supports groundwater licensing by the provincial government.”

“That’s when I started thinking that we don’t even know how much we need or how much we have,” added Ted van der Gulik, the former Senior Engineer with the Ministry of Agriculture. “So how could we start going down that path? And that was the genesis for the AWDM. I had no idea at the time as to what it was going to look like or what it was going to be. I was thinking that it would be something very simple.”

“But I was working with researchers, notably Denise Nielsen, a research scientist with the Summerland Agriculture and Research Centre for Agriculture and Agri-Food Canada. Denise and her colleagues go beyond simple. They said no, we can get this down to an exact science.”

“The biggest challenge was to downscale climate data to a 500m climate grid. The model did that for all the climate cells in the Okanagan. For all the crops on every property. And it did it in about 3 minutes. You’re talking billions of calculations. We could then run a whole series of years. We did all that and compared years.” 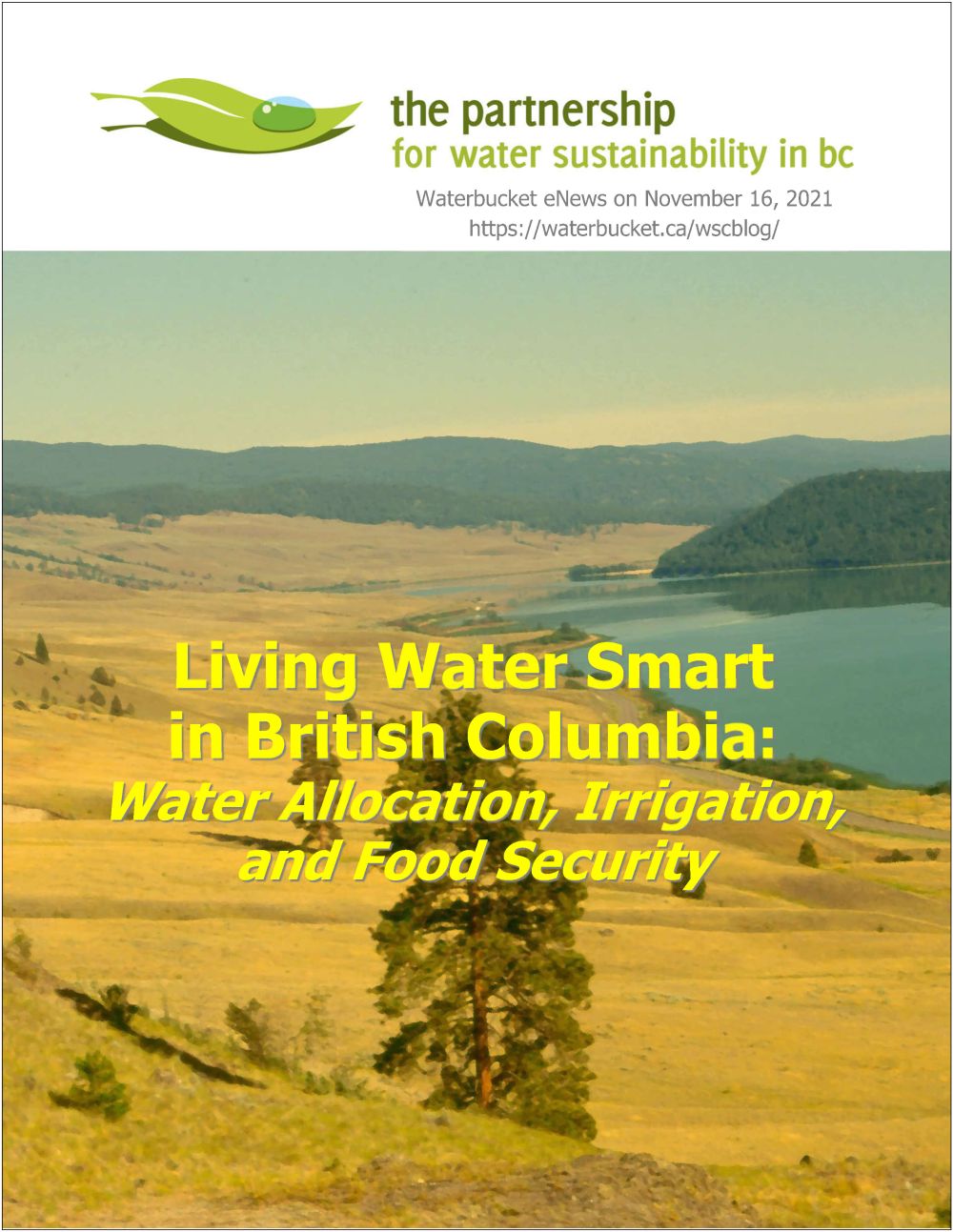