‘HISTORIC, DANGEROUS, PROLONGED AND UNPRECEDENTED’ HEAT WAVE SWELLS OVER PACIFIC NORTHWEST AND BRITISH COLUMBIA: “Perhaps the most intense heatwave for our region since the late 19th century – or at least close to it – is beginning to take shape,” reported the United States National Weather Service in the early morning on Saturday, June 26, 2021

One of the most extreme heat waves in the history of the Pacific Northwest began on Saturday, June 26th 2021, and peaked between Sunday and Tuesday. Shockingly high temperatures included the hottest weather recorded in Seattle, Portland and Spokane. An extreme ‘dome of heat’ descended on British Columbia as shown in the image below. 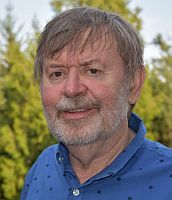 “Climate change has aggravated an existing vulnerability related to seasonal supply of water in BC. Over time, the safety factor has been shrinking. While it rains a lot in BC, we do not have an abundance of supply when demand is greatest. In addition, the mountainous nature of BC’s geography means that BC communities are typically storage-constrained, and what storage they do have is measured in weeks to months,” stated Kim Stephens, Executive Director, Partnership for Water Sustainability in British Columbia.

The ‘new normal’ in British Columbia is floods and droughts. What is changing is how and when water arrives, explains Bob Sandford, Chair in Water and Climate Security at the United Nations University Institute for Water, Environment and Health. “After a period of relative hydro-climatic stability, changes in the composition of the Earth’s atmosphere have resulted in the acceleration of the global hydrologic cycle with huge implications for every region of the world and every sector of the global economy,” stated Bob Sandford.

“It’s unprecedented,” said Armel Castellan, a warning preparedness meteorologist with Environment and Climate Change Canada,. “It’s never happened this early in the season. Temperatures are breaking all-time highs in south coast locations in June.” He compared it to a “dome of heat” descending on the province.

To appreciate the global context, read this article from the Washington Post: ‘Historic, dangerous, prolonged and unprecedented’ heat wave swells over Pacific Northwest.

YOUTUBE VIDEO: “To say that we are not adequately dealing with the climate threat is an understatement,” stated Bob Sandford during the public lecture at the Nanaimo Water Stewardship Symposium (April 2018)