In June 2008, BC Minister of Environment Barry Penner announced the release of Living Water Smart, British Columbia’s Water Plan at a ceremony held adjacent to Musqueam Creek in Vancouver. This was the culmination of a three year effort by Ministry of Environment staff. The process for developing Living Water Smart was informed by experience gained during the first four years of implementing the Water Sustainability Action Plan for British Columbia. 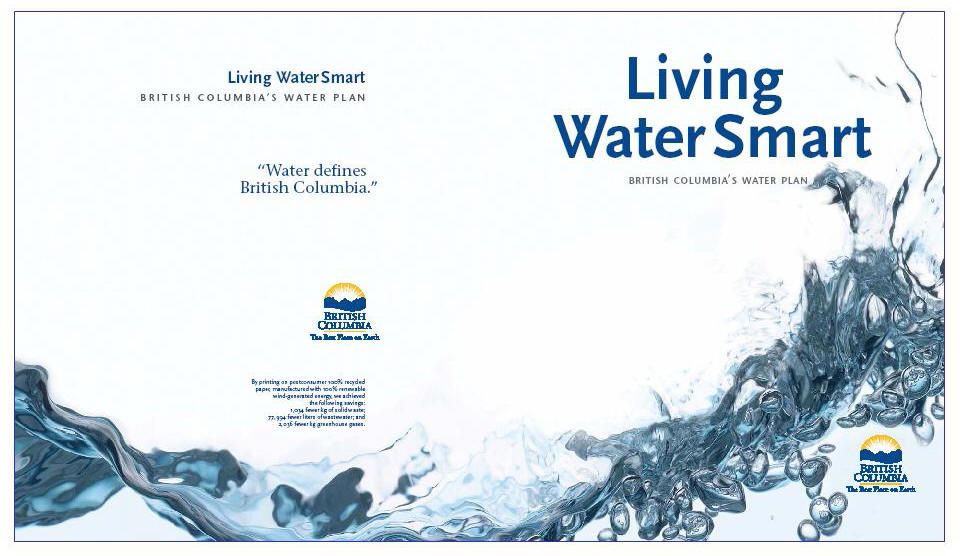 A Blueprint for Change

“More than 40 actions and targets in a new government-wide plan will help all sectors, communities and British Columbians keep the province’s water healthy and secure, now and in the future,” stated Environment Minister Barry Penner when he made the annoucement.

“Water defines British Columbia and it is essential to our quality of life. “Living Water Smart: British Columbia’s Water Plan lays out the vision and steps needed to protect our rivers, lakes, streams and watersheds. This plan will make B.C. a leader in water stewardship, fits with our overarching strategy to protect the environment and positions us for continued success in the 21st century.

“Living Water Smart is a blueprint for cultural, environmental, industrial, community and agricultural change that will help safeguard the province’s water resources into the future. Drawing on a variety of policy measures, including planning, regulatory change, education, and incentives like economic instruments and rewards, the plan commits to new actions and builds on existing efforts to protect and keep B.C.’s water healthy and secure.

“B.C.’s economy and industry continue to grow, and its population is expected to increase by another 1.4 million people in the next 25 years. In some areas, like the Okanagan and Gulf Islands, seasonal water shortages are already challenging community water systems, and the fish and aquatic ecosystems that depend on these systems for survival.

“Climate change and its related effects, like the mountain pine beetle and changing water cycles, are also adding to the pressures on fresh waters. As a finite resource, the current rate of water use is not sustainable when population and industry growth – along with climate change – are considered.” 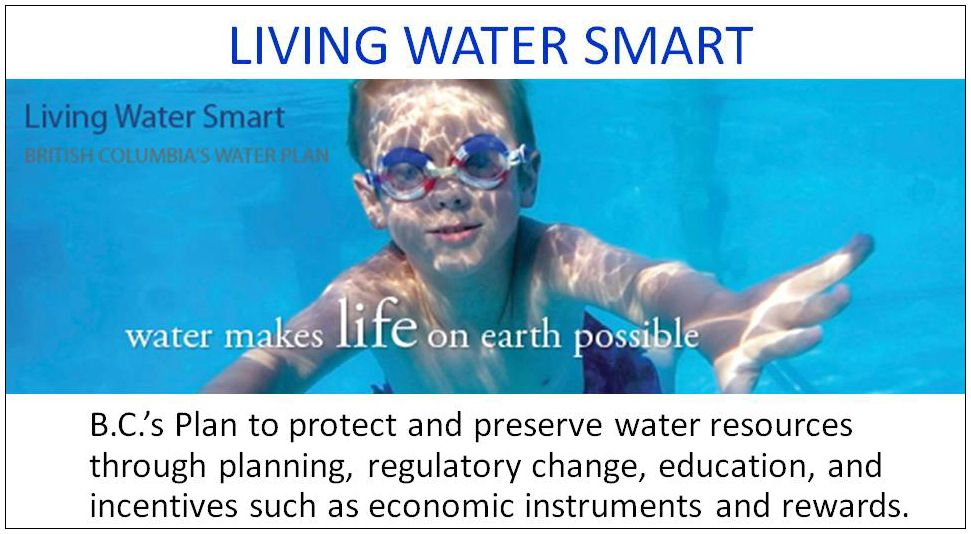 The announcement took place at Musqueam Creek, where a wild salmon habitat restoration project is being led by the community-based, non-profit Musqueam Ecosystem Conservation Society (MECS). “As more British Columbians make water stewardship and conservation a part of their daily lives, we’ll be better able to preserve the diverse habitats and species of unique ecosystems like Musqueam Creek,” said Christina Nahanee, outreach and events co-ordinator for MECS.

“We commend government for this strategic focus on water, a vital resource for B.C.’s growing agricultural sector and the farmers and ranchers who depend on a secure source of water to sustain production,” said Steve Thomson, executive director for the BC Agriculture Council.

“We’re interested in planning for long-term, balanced growth that will leave a legacy for the future – a strategy we see reflected in the Living Water Smart plan,” said Maureen Enser, executive director of the Urban Development Institute.

“Living Water Smart provides leadership that will help improve the way we build and protect communities, use our water resources and sustain our quality of life,” added Scott Veitch, president of the British Columbia Real Estate Association. 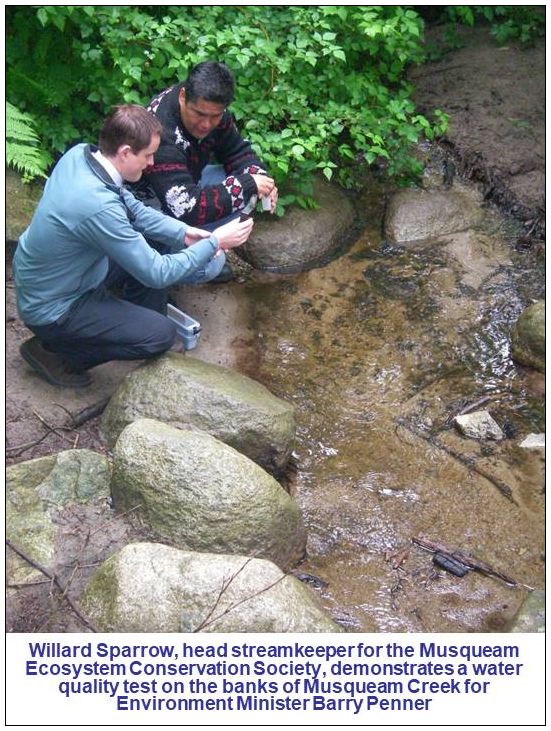 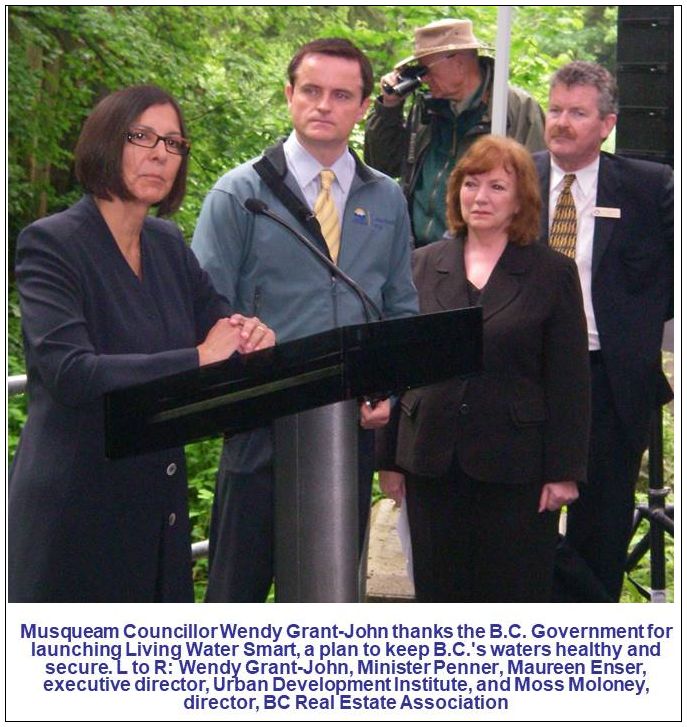 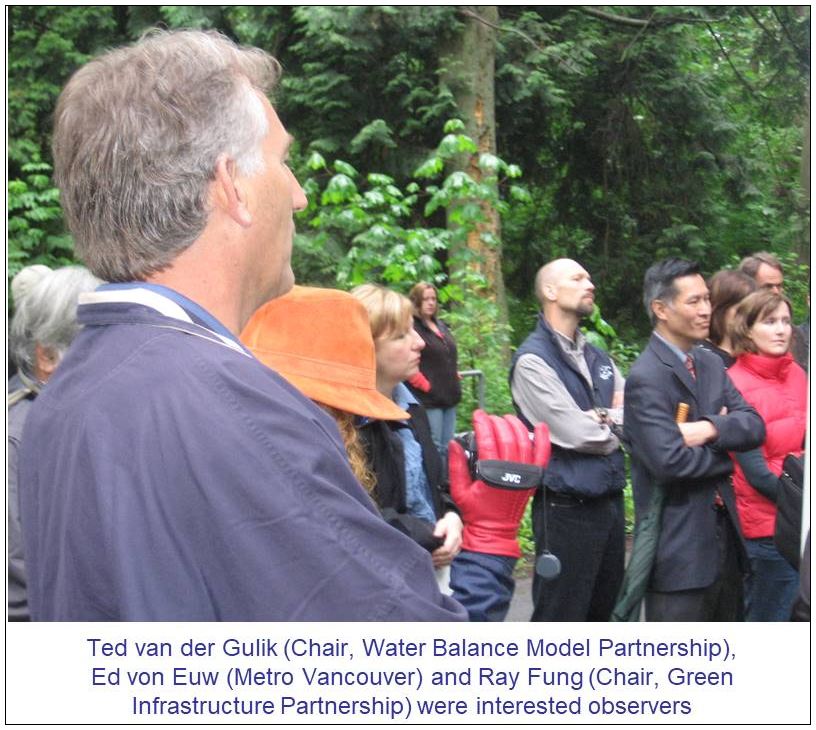