SOUTH AFRICA’S REAL WATER CRISIS: “It is easy to blame climate change for water problems. Yet it is by no means certain that climate change will dramatically reduce water supplies,” wrote Mike Muller, a former Director General of the South African Department of Water Affairs and Forestry

November 24, 2019 - Posted in Initiatives in Other Countries, Managing Demand

This article is republished from The Conversation under a Creative Commons license. Read the original article by Mike Muller, Visiting Adjunct Professor, University of the Witwatersrand.

is a former Director General of the South African Department of Water Affairs and Forestry (1997-2005). He led the development and implementation of new policies, legislation and programmes in water resources and water services. He was appointed a Commissioner of South Africa’s first National Planning Commission in 2010 and chaired the World Economic Forum Agenda Council on Water Security from 2012 to 2014. Since 2006, Mike Muller has been a visiting Adjunct Professor at the Witwatersrand University Graduate School of Governance.

In other parts of the country, heatwave conditions and the late onset of rains have caused local supply failures. Although the dams that supply most of the main urban areas are still at reasonable levels, there are growing fears that the country may be witnessing the start of a major drought.

Cape Town’s experience of extreme “Day Zero” supply restrictions only adds to these fears. Weather forecasters seem unable to make reliable predictions more than a few weeks in advance. And there are nagging concerns about the government’s ability to identify and address emerging problems.

Unhelpfully, there’s no single water problem and the issues confronted vary widely from place to place.

In Cape Town, water managers thought they could avoid building new infrastructure to supply a growing population by encouraging everyone to use less water. A major drought proved them wrong.

During October’s heatwaves in Gauteng province, water ran dry as local reservoirs were emptied by residents who felt the need to use extra water for their gardens – and municipalities failed to enforce restrictions.

In Adelaide, Eastern Cape, where there has been a critical supply failure, one local councillor was reported to have commented that “the Adelaide Dam was at 1% before local authorities woke up”. Even then, there was little they could do because funding wsn’t available.

The problems in Adelaide are repeated daily in towns and villages across the country as municipalities seek to expand the distribution of water without first ensuring that there’s enough supply or putting in place measures to control excessive use. Too often, poor planning and management is revealed when drought strikes, as is currently happening.

If there was more certainty about future weather, there might be less concern. But this is not the case. At the end of September, South African Weather Service forecasters said while summer rains would be late and October very dry, November would almost definitely see good rains.

And so far, so good, the rains in Gauteng started on schedule on November 1.

But South Africans shouldn’t expect that forecasting success to continue. It’s unusual for a seasonal forecast to be so confident.

For each three month period, the agency produces two rainfall maps. The first shows the “raw” predictions from the computer models and therefore aren’t statistically significant.

The second map is important because it shows only the areas where forecasters are reasonably confident that the predictions are significant or, in their terminology, sufficiently “skilful”. As a result, the second map is often almost completely blank.

Moving into 2020, predictions are becoming more uncertain again. Indeed, at the end of September, the South African Weather Service warned that some international forecast models suggest that South Africa may be moving into a (dry) El Niño rainfall phase:

Opposite forecasts for most of the summer period… increases the uncertainty for the coming summer season.

The combination of forecast uncertainties and problems on the ground offers politicians an easy opportunity to blame climate change and uncertainty to explain failures in their areas of responsibility.

Zille would just have been echoing the excuses of Democratic Alliance colleague Patricia de Lille and Nomvula Mokonyane, their African National Congress counterpart, who had happily associated themselves with the notion that Cape Town’s crisis was due to drought becoming “the new normal”.

South Africa’s rainfall has always been variable and unpredictable. This remains one of the larger risks to rain-fed agriculture, as Karoo farmers (Northern Cape) are currently experiencing. Reliable supplies can be provided to urban and industrial water users – and irrigation farmers – if storage infrastructure is built with enough capacity to cope with regular dry periods. But that infrastructure has to be managed with a watchful eye on the ever-changing climate.

If the infrastructure needed is not developed when needed, problems will arise. And if water is drawn without restraint during a dry period, shortages will be the likely outcome.

Is climate change the problem?

As Zille, de Lille and Mokonyane have demonstrated, it is easy to blame climate change for water problems. Yet it is by no means certain that climate change will dramatically reduce water supplies. Rising temperatures is one trend that forecasters confidently and correctly predict. But it’s not certain what that temperature increase will do to water availability.

Recent research has shown that African groundwater supplies are not (yet) being negatively affected. Hotter temperatures will see more evaporation from the land surface, but it’s also expected that storms will become more intense. More rain will fall in a shorter time and this produces more recharge than slow, gentle rain.

The same effect could see river flows increase. At the moment, South Africa uses only around 30% of the water in its rivers and underground. Using more would rapidly become more expensive. But climate change may help. At present, only 8% of rainfall actually runs into the rivers and is then available to be used or stored in dams. If rainfall becomes more intense, that proportion will be greater.

Environmentalists warn that intense rainfall will cause floods; they want to slow down and spread out the water, although that will help it to evaporate. On the other hand, many hydrologists and water managers will quietly welcome the extra water that will flow into their systems and would like to help it to get there.

The different challenges faced in different places may look like a single crisis. But the fact is that the underlying problems are often not the same. There’s no single prescription and each locality must understand and address its own particular circumstances.

What is clear is that South Africa’s not yet confronting an absolute water shortage. But the extent of public panic suggests a disturbing level of ignorance about how water is made available and what needs to be done to ensure adequate and reliable supplies. The key to this water security is for government and citizens to understand and manage what the country has. 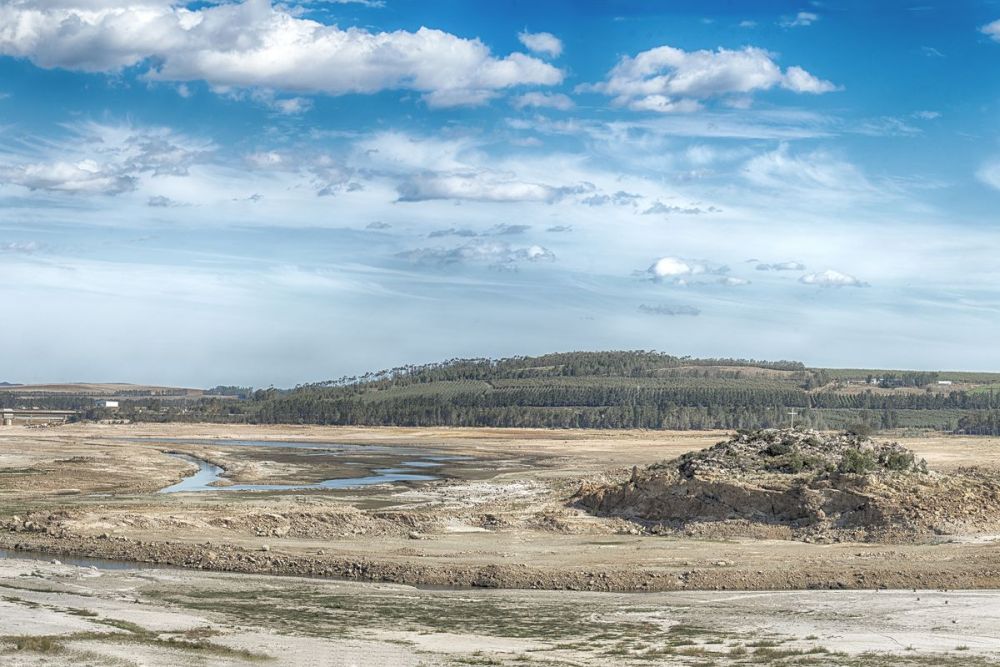