“Blue Ecology is a means to focus, with new watery eyes, on the current crisis of climate change. A new culture of water is needed in order for humans to adapt,” wrote Michael Blackstock, a champion for interweaving Indigenous Cultural Knowledge and Western Science 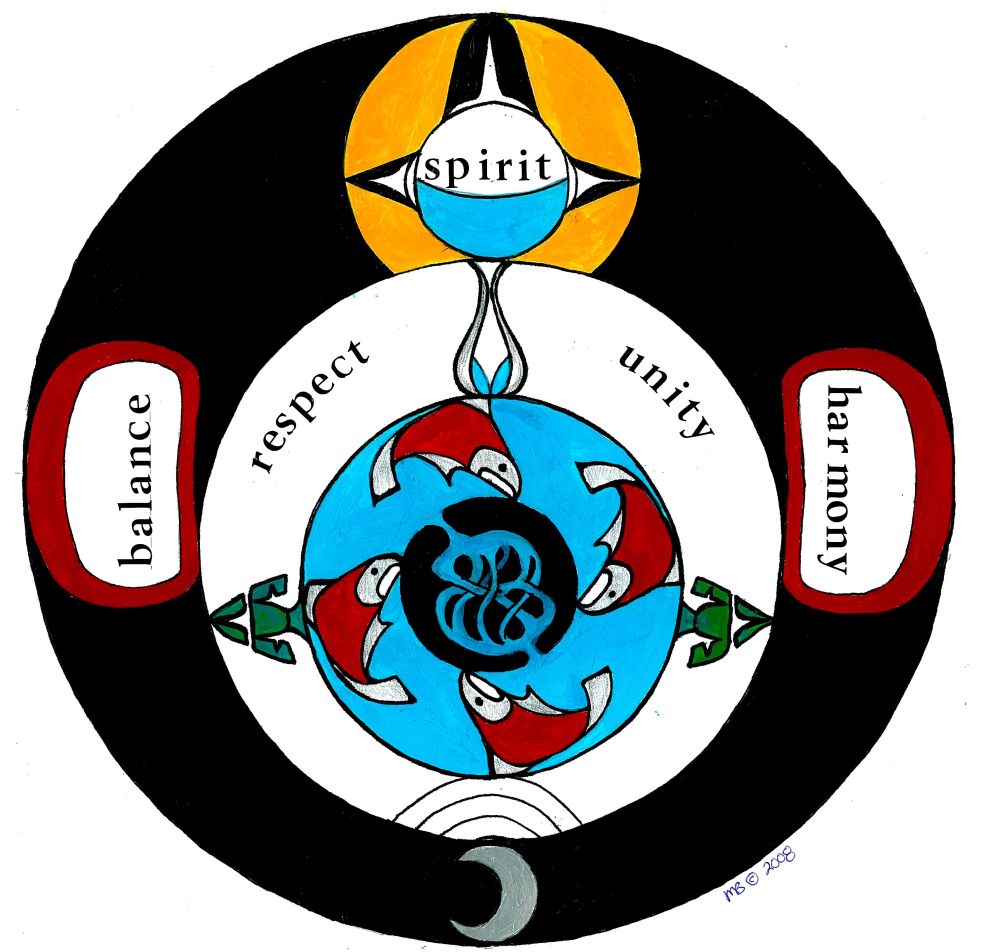 What we are essentially talking about is RECONCILIATION: going back to the headwaters of where we got our relationships with water and with one another wrong; and then starting back down the river of time – this time together – with a full understanding of the importance of embracing a water-first approach to planning human interventions in the environment.

While international recognition gave Blue Ecology early credibility and profile, there was little or no awareness within British Columbia of what Michael Blackstock had accomplished. Fast forward to November 2017. That is when the Partnership for Water Sustainability held the Blue Ecology Workshopto begin the process of mainstreaming Michael Blackstock’s work into the local government setting.

“In February of 2009, the International Association of Hydrological Sciences published its prestigious Red Book proceedings of a symposium held on the Island of Capri, Italy.  My paper on Blue Ecology was included within this publication,” recalls Michael Blackstock, professional forester and negotiator for Indigenous Relations. Over a 30 year period, he has been a leader, manager, and supervisor in the BC provincial government.

A Message of Hope:

“My thesis, that water is a living entity, is provocative. So I was a bit nervous about presenting the paper. But I soon found the hydrologists to be very welcoming hosts.  I spoke near end of the conference, after a series of papers warned of the impending effects of climate change.

“Sobering messages, one after the other, said the same thing – climate change is here and it is affecting water in serious ways.  My message was one of hope – hope derived from human cross-cultural collaboration.  My hopeful message was warmly welcomed by the scientists. Unfortunately, the symposium accurately portended the amplifying negative impacts of climate change on the world’s hydrological cycle.”

“I was handed a torch by Elder Millie Michelle, on her dying day in the year 2000, to become the Indigenous voice of concern for how water was being disrespected.  I felt my sense of duty was accomplished when the IAHS published my paper on Blue Ecology in 2009.  I had done something about it – as Millie had asked me: What are you going to do about this disrespect for water?“

“And yet, today I have a sense of uneasy restlessness, even knowing I have tried my hardest to share the Indigenous perspective on water, through the mechanisms of Western Science,” continues Michael Blackstock. “The Partnership for Water Sustainability in BC has been a fantastic supporter of my work!  They hosted a conference entitled Blue Ecology in the fall of 2017.

“Emily Carr University has also been a wonderful partner, as they published, in collaboration with Wilfred Laurier University Press, a book entitled ‘Downstream: reimagining water’ in 2017.  I wrote a chapter in this book explaining my theoretical methodology called interweaving: a means to weave the threads of knowledge from different cultures into a stronger and more flexible system of knowledge – using water as an example.

“Since the Blue Ecology conference in 2017, I did a poster presentation to the Environmental Flow Needs (Canadian Water Association) conference in Kelowna and I have partnered with the University of British Columbia, Okanagan campus by presenting to their faculty in October 2018.”

“In October, 2018, faculty engaged in water research from a broad range of disciplines across the UBC Okanagan campus welcomed Michael Blackstock to share his theory of Blue Ecology and interweaving Indigenous and western

Marni first met Michael, and was inspired by his water leadership vision, at the “Flow and Grow Workshop” hosted by the Partnership for Water Sustainability in November 2016, and held in Kelowna.

“It is interesting to hear the journey from which Michael’s ideas on water leadership evolved, starting with asking what he refers to as a deceptively simple question, “What is water?”. Seeking out opportunities to enrich thinking and learning around water values is important and the Water Research Network is very appreciative for Michael sharing his truly inspirational views and message of hope for a new attitude… one that embraces a water-first approach.”

“I am a visual artist, poet and independent scholar,” states Michael Blackstock. “I weaved my modes of expression together into a new book entitled Oceaness (2018) to share my messages on water and science philosophy.

“Back to the uneasy feeling. What next? What will it take to shift Western Science’s attitude towards a cross-cultural Blue Ecology approach?  It will take more partners like the amazing ones that have supported me to date – more collaboration. The growing sense of urgency around climate change will be a motivator, but is it enough? Time will tell. I remain hopeful.”