April 10, 2016 - Posted in State of Water in British Columbia, Water Governance in BC

In April 2016, the Environmental Managers Association of BC will host a session about the 2015 Drought. Three speakers will present on different aspects of water scarcity and connect the dots to the Water Sustainability Act. Oliver Brandes will describe his vision of what a world-class regulatory system can look like in B.C.

The Water Sustainability Act (WSA) — which came into force on February 29, 2016 — updated and replaced the historic Water Act. The WSA is a lengthy and comprehensive document. Much of the detail about how government will implement these seven new policy directions will be provided in regulations and operational policies.

The Relationship Between an Act and a Regulation

An Act is a law that has been introduced in the Legislative Assembly as a Bill, has passed three readings and committee-study by the Legislative Assembly, and has received Royal Assent. Acts typically state legal requirements to advance the Act’s intent and objectives and establish the overall framework within which the government is expected to act.

A Regulation is “subordinate legislation” (made under the authority of an Act) that provides the details of how the general principles laid out in legislation are to be applied, and must remain inside the boundaries established by the Act. 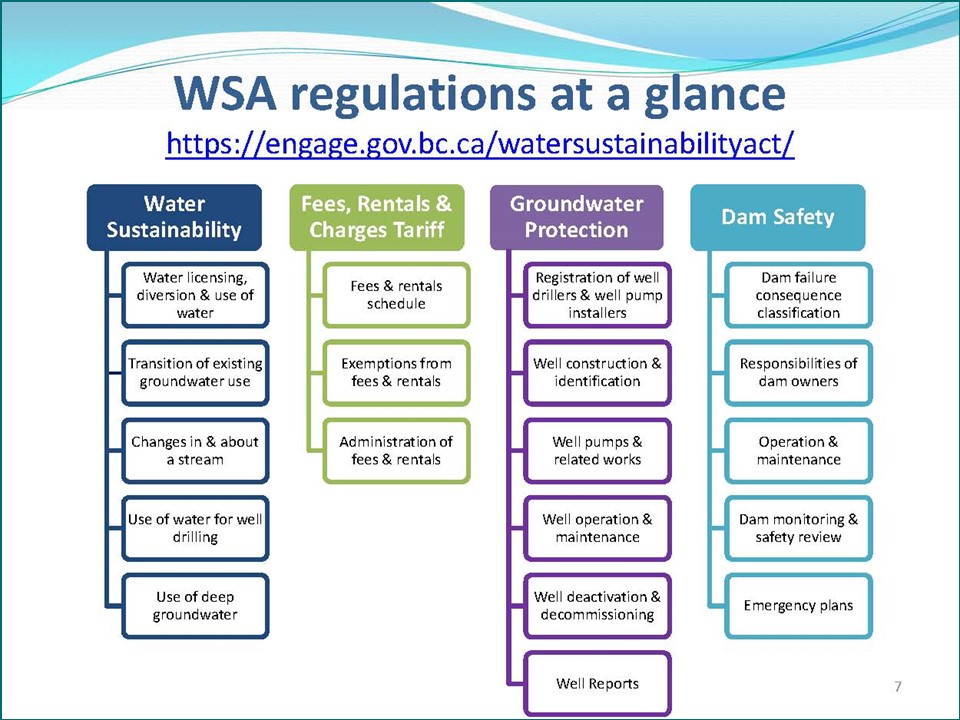 “B.C.’s water law regime leaped into the 21st century this year with the coming into force of the province’s new Water Sustainability Act. The new act, 10 years in the making, provides significant opportunities to better protect water for ecosystems and communities, and deserves notice across Canada for its potential to change how British

He leads the Water Sustainability Project where his work focuses on water sustainability, sound resource management, public policy development and ecologically based legal and institutional reform.

Oliver Brandes is a formal advisor to a variety of local, provincial and national governments providing strategic water law and policy advice and is currently a technical advisor to the BC Ministry of Environment supporting the ongoing development of the Water Sustainability Act and was a member of the Water Advisory Committee to the Council of the Federation. 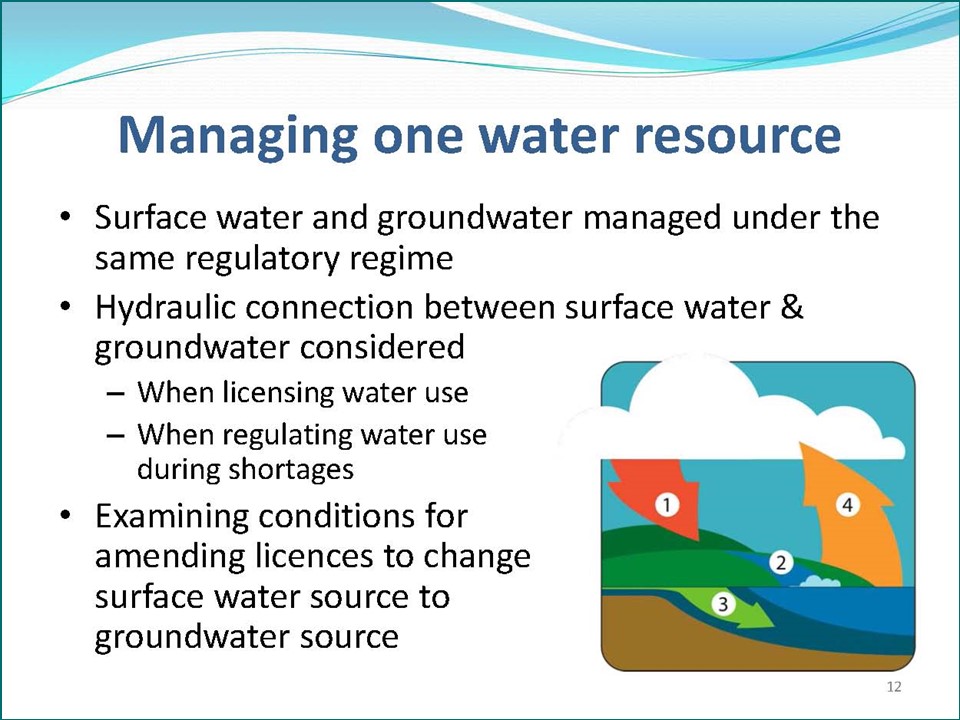 Water Sustainability Act is Milestone in a Journey

“For the first time in B.C., groundwater is now regulated which means that the province is now managing surface water and groundwater as exactly what they are: one interconnected resource,” continues Oliver Brandes.

“New legal provisions to ensure water flows for nature – sometimes called ‘environmental flows’ – and are a key feature of this new regime. These protections will manifest through critical flows so ecosystems and fish can survive during periods of drought, as well as for future requirements to consider environmental flow needs in licensing decisions to ensure aquatic ecosystems can thrive over the long run.”

“The Act’s coming into force is only one part of the long journey to a truly substantial, sustainable water law regime. This process is still a work in progress with many of the most promising and critical features of the new law — the pieces that actually change and potentially improve patterns of water use — yet to be developed in the necessary further regulations and plans.”

“The very best tools in the new act’s tool box to protect water for nature — things like water sustainability plans, innovative governance and water objectives — are still being developed and will all be needed to really put the ‘sustainability’ in the new Water Sustainability Act,” concludes Oliver Brandes.