In 2008, Eric Bonham was the driving force behind creation of the original Climate Change Committee of the BC Water & Waste Association. As the Founding Chair, he had a vison for inter-association collaboration. Eric Bonham’s efforts resulted in BCWWA, the Canadian Water Resources Association (CWRA) and the Air & Waste Management Association (AWMA) holding two complementary symposia in April 2008.

At the first symposium, titled Changing Climate, Uncertain Future and Evolving Practices, Eric Bonham previewed the second symposium – a workshop held in conjunction with the BCWWA Annual Conference at Whistler and titled Climate Change is Coming…Now What?

This was the first step in cross-fertilizing the two events. In his presentation, Eric Bonham talked about the anticipated impacts of climate change upon water and wastewater infrastructure throughout British Columbia and identified  the program content of the BCWWA workshop held in partnership with the CWRA.

“While there may be general consensus on climate change predictions at the global scale, real discussion of climate change impacts in our own “backyard” – be it a city, a watershed, or a particular project site – is just getting started. In most cases, the emergence of “best practices” – or even “standard practices” – is still on the horizon,” stated Eric Bonham.

To read the complete story posted elsewhere on the Water-Centric Planning community-of-interest, click on Our Climate is Changing…Now What?

To download a copy of Eric Bonham’s PowerPoint presentation, click on Facing the Future: The Politics and Science of Water in an Age of Climate Change. 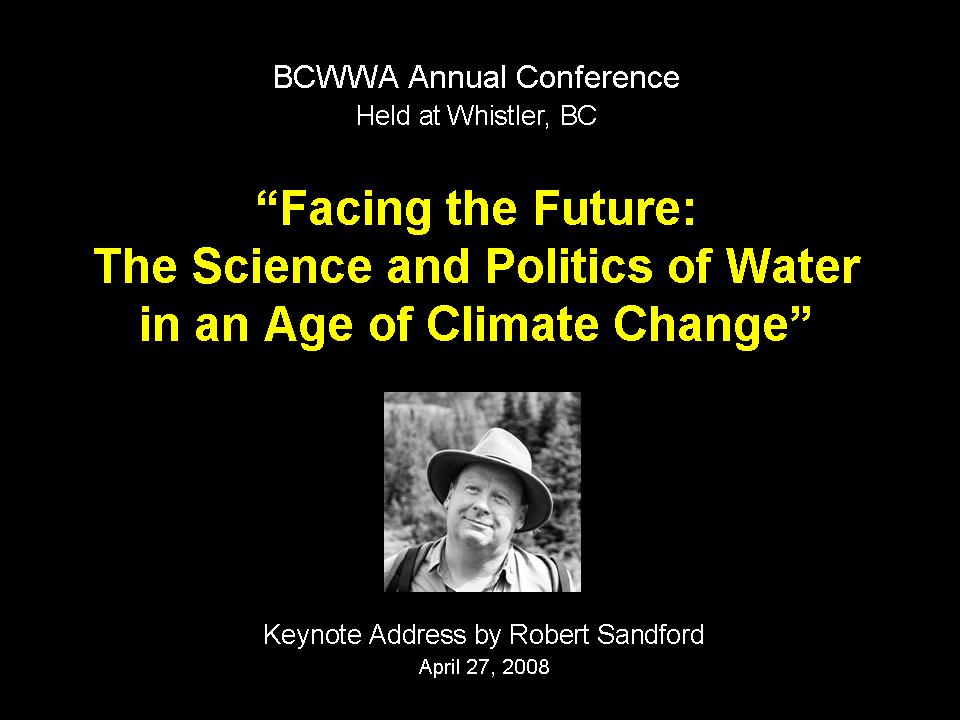