FLASHBACK TO 2010: Water Sustainability -“Everything we have heard today fits in like a glove with what we are going to do with this next effort at the Vancouver Island Summit,” stated Eric Bonham in his closing remarks at the Nanaimo Region Water Pricing Workshop held in the City of Parksville, the venue for roll-out of the Worth Every Penny Primer on Conversation-Oriented Water Pricing, and the launch of a national dialogue

Held in September 2010, the Nanaimo Region Water Pricing Workshop was described as the first of its kind in Canada. Part of the rollout to stimulate a national dialogue on sustainable water management, the workshop program was a unique blend of research and practice. Also known as the Worth Every Penny Workshop, the program connected the dots between three initiatives:

Six weeks later, the workshop was followed by the State of the Island Economic Summit. In his closing remarks, Eric Bonham foreshadowed the connection between the two events. Each event is a stepping stone in a long-term process to facilitate changes in behaviour and practices in the community development setting.

Look Outside Our Boundaries

Eric Bonham provided his reflections on the day to close the workshop. Eric Bonham has often been described as the ‘heart and soul’ of the initiative known as CAVI, the  acronym for Convening for Action on Vancouver Island, because of his passion and vision for Vancouver Island.

“Everything we have heard today fits in like a glove with what we are going to do with this next effort at the Vancouver Island Summit,” stated Eric Bonham.

“From all corners of Vancouver Island and in all sectors, leaders are wanting opportunities to collaborate, communicate and share best practices, resources and information. The general consensus is that there is unnecessary competition and that everyone on the Island would benefit from more collaboration and sharing on all levels. We must look outside our boundaries and work with our neighbouring communities for the betterment of all.

“It was Gandhi who said you must be the change that you wish to see in the world. That is the part that we must all play. We all bring our little bit of talent to the table, to look at Vancouver Island as a test case to show the world how we can collaborate and pull things together.

“I am talking about collaborating, communicating and reaching consensus on a common vision anchored to long-term sustainability. Looking ahead to the Vancouver Island Summit, it is about inspiring action and leadership for water sustainability on the island. As we have heard time and time again, if we do not get the water part right, we are in trouble.

“The people are going to come. The population is going to increase. The question is: can we get it right?”

For details of the actual program, click on Draft Agenda for Nanaimo Water Pricing Workshop

Posted to YouTube is a 4 1/2 minute video that captures Eric in full oratory flight. 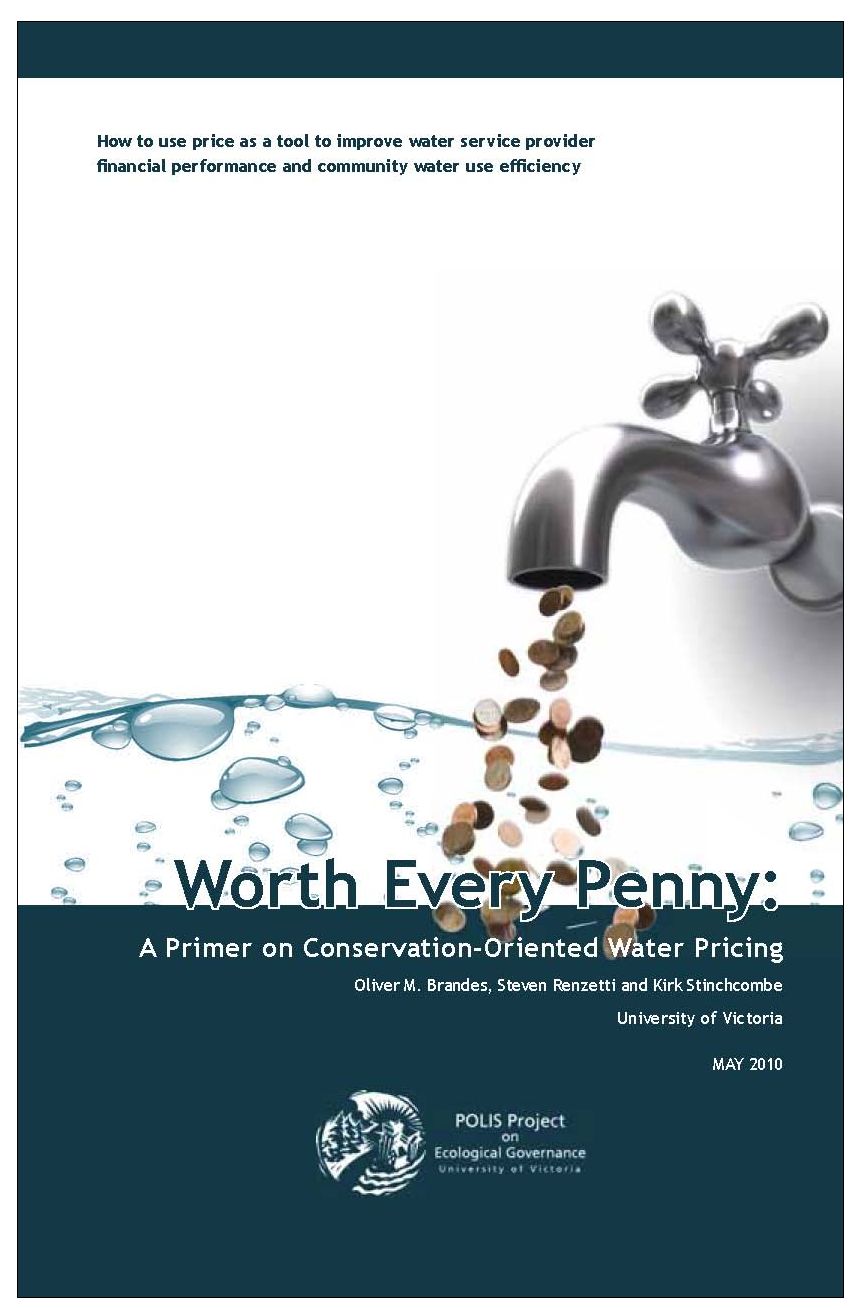