When it hosted its 2016 Annual General Meeting, the Mid Vancouver Island Habitat Enhancement Society invited Kim Stephens to educate its members about the vision for a water balance pathway to a water-resilient future. Kim Stephens is the Executive Director for the Partnership for Water Sustainability in British Columbia. Reproduced below is the article below written by Auren Ruvinsky, reporter with the Parksville Qualicum Beach newspaper. The article was published on September 22, 2016.

Returning to the Basics of
Water Sustainability

Floods, droughts and wildfires over the past couple decades have proven valuable “teachable” moments for researchers and advocates of watershed health and science, according to Kim Stephens.

“Everyone learns about the water cycle in elementary school, but by high school most have forgotten what they learned,” he said of what he called a return to basics in our understanding of water systems.

“What does this mean for communities? Consider that a legacy of community and infrastructure design practices has failed to protect the natural water balance (hydrologic integrity),” he said, adding that that failure “has financial, level‐of‐service and life‐cycle impacts and implications for taxpayers.”

The results can be very expensive to fix, he said of resulting disasters or trying to add infrastructure after the fact.

It’s crucial to include watersheds in wider planning and manage and protect them like the valuable infrastructure they are, he said.

Sparked by the coho salmon crisis in the 1990s, Stephens said B.C. researchers have been working with counterparts in Washington state on how to “ensure that science‐based understanding is applied properly and effectively in B.C. communities to implement solutions and practices that actually restore the water balance of watersheds.”

“Kim Stephens is the consummate ‘pro’ when it comes to preaching the virtues of water sustainability and naturalizing hydrographs of small streams!,” observed Craig Wightman, Senior Fisheries Biologist with Living Rivers – Georgia Basin/Vancouver Island. “I can share an impression from the audience that they were similarly impressed, based on the feedback around our table.” 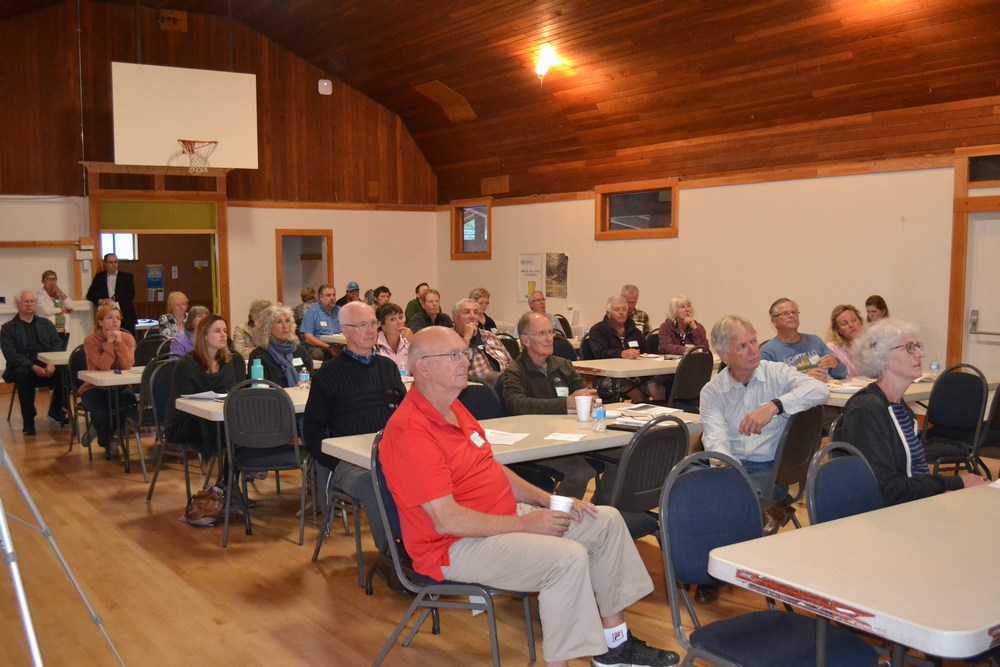 Stephens and MVIHES used the Tuesday meeting in Errington to launch a magazine-style primer that’s meant to be easily accessible and understandable for everyone. 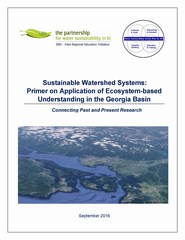 Peter Law, PWS director said in a news release that “Implementation of ‘whole systems’ thinking would include incorporating the benefits provided by nature into the delivery of local government services.”

Stephens and Law both praised the work of small local stewardship groups like MVIHES in helping people understand the complex science and in doing the actual on the ground work to help restore and maintain the watersheds.

Download a PDF copy of Think and Act Like a Watershed: Connecting Past and Present Research, the feature presentation by Kim Stephens.

Download Returning to the basics of water sustainability, the “as published” original version of the article above.

DOWNLOAD a copy of the guidance document titled Sustainable Watershed Systems: Primer on Application of Ecosystem-based Understanding in the Georgia Basin