GETTING AHEAD OF THE WAVE: 2009 Comox Valley Learning Lunch Seminar Series—selection of YouTube video clips capture the flavour of the day for Seminar #1 on “Understand the Dynamics of Settlement Change” 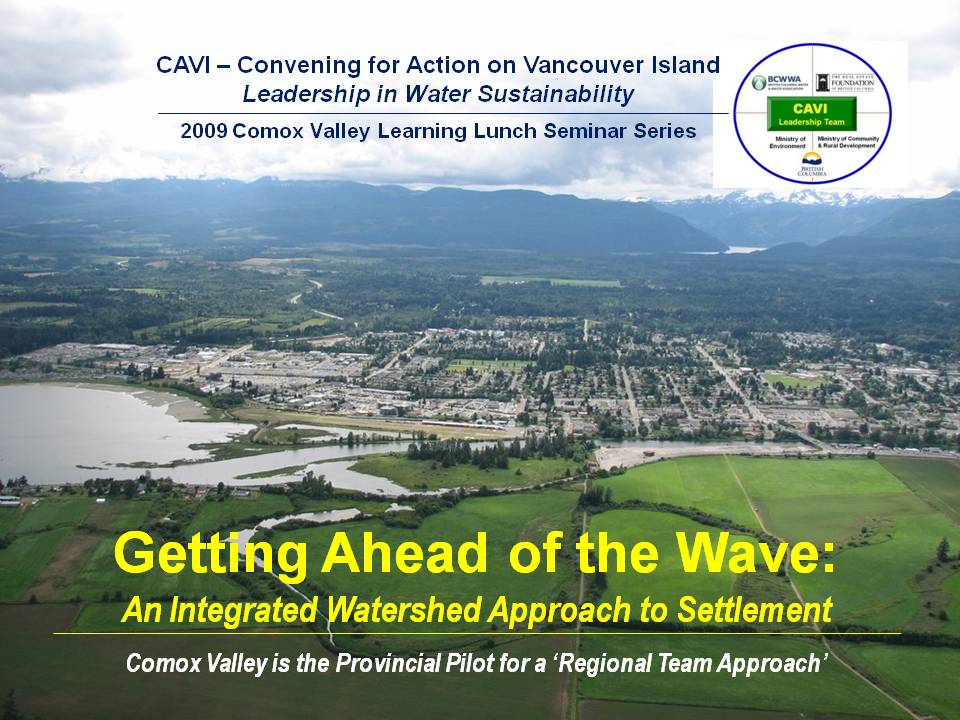 Seminar #1 had an inter-departmental focus and started where the 2008 Series ended by posing this question: How will we implement a regional team approach in the Comox Valley? This question provides a frame of reference for achieving ‘settlement in balance with ecology’.

Understand the Dynamics of Settlement Change

The presentation by Tim Pringle about land development on Vancouver Island is a foundation stone for the 2009 Series. Based on his research into what drives settlement, he has concluded that the mid-Island region is a common market from a real estate development perspective. “This one market concept suggests that communities can choose from among development proposals, and can therefore control their destinies,” states Tim Pringle.

Tim Pringle: Context for the Research

Tim Pringle:  Conclusions from the Research 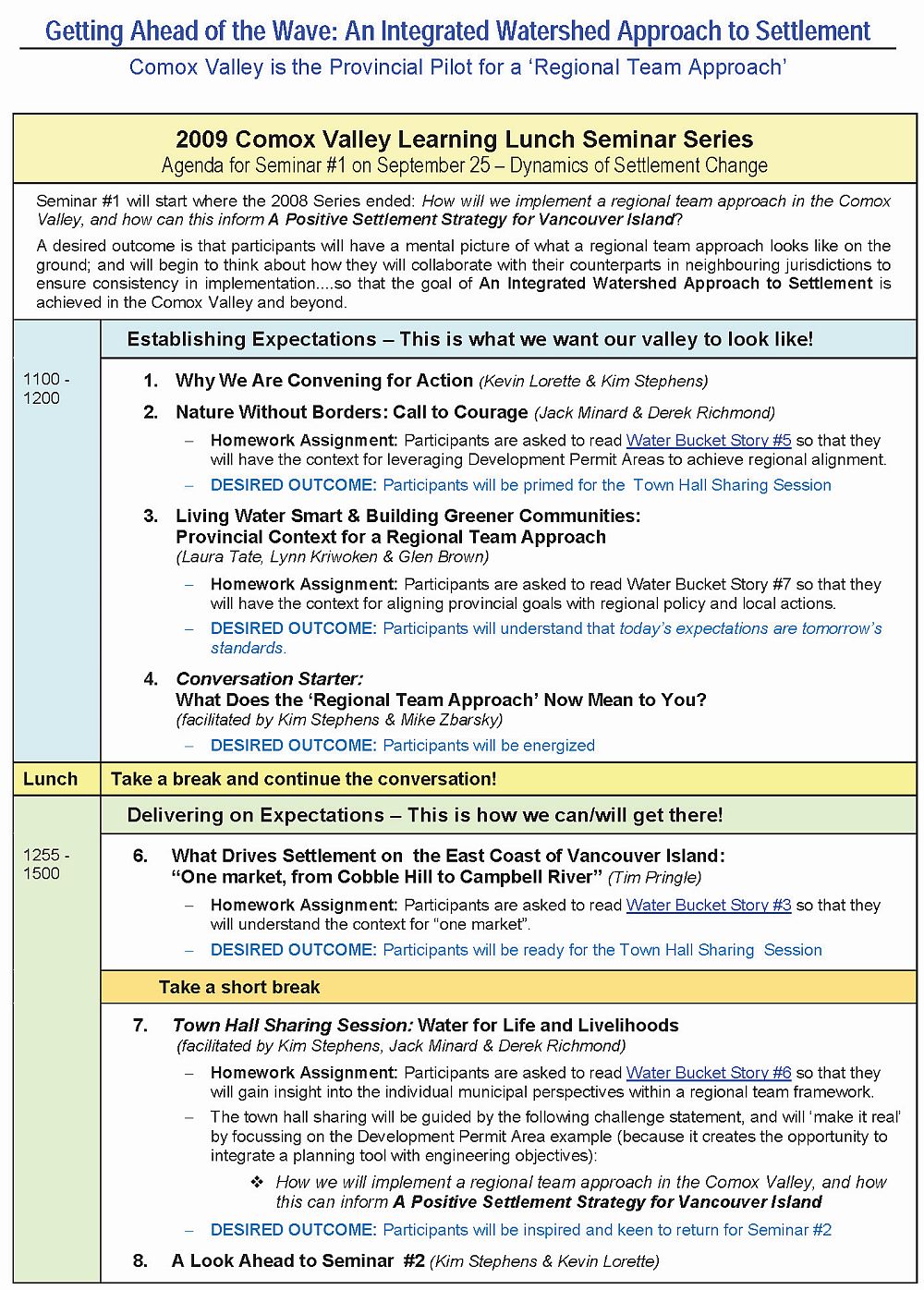 At the first seminar in the 2009 Series, Kathy Campbell stepped forward and stated that she wished to start a new CAVI tradition. She organized a prize draw for the tranformational book titled Change the World for Ten Bucks. The rules are that the lucky winner keeps the book until the next seminar when there will be another draw for it.

“CAVI is about sharing ideas.  I tried to spark this up by bringing in a book about living the change.  I also wanted to initiate a tradition of sharing that is not about owning books or ideas but about keeping ideas moving,” explains Kathy Campbell.

In 2004, a London-based community organization called We Are What We Do launched with the publication of a little book with a big idea: 50 simple actions to make the world a better place. Since then, Change the World for Ten Bucks has spawned a movement, multiple editions, and sales of over one million copies internationally.