FACILITATING THE PARADIGM-SHIFT FROM STORMWATER TO RAINWATER: “Before the Water Balance Model for British Columbia was developed, the missing link urban hydrology was a tool that could easily quantify the benefits, at a neighbourhood or watershed scale, achieved by reducing rainwater runoff volume at the site level,” wrote Kim Stephens in an article published by Innovation Magazine (June 2004)

“Many agencies now recognize this commonsense approach to rainwater management as having triggered one of the most significant advances in urban hydrology in a generation. This was a deciding factor in the decision by the Foundation’s Board of Governors in 2003 to fund initial development of the model, and then to fund the Outreach and Continuing Education Program that supports the model.” 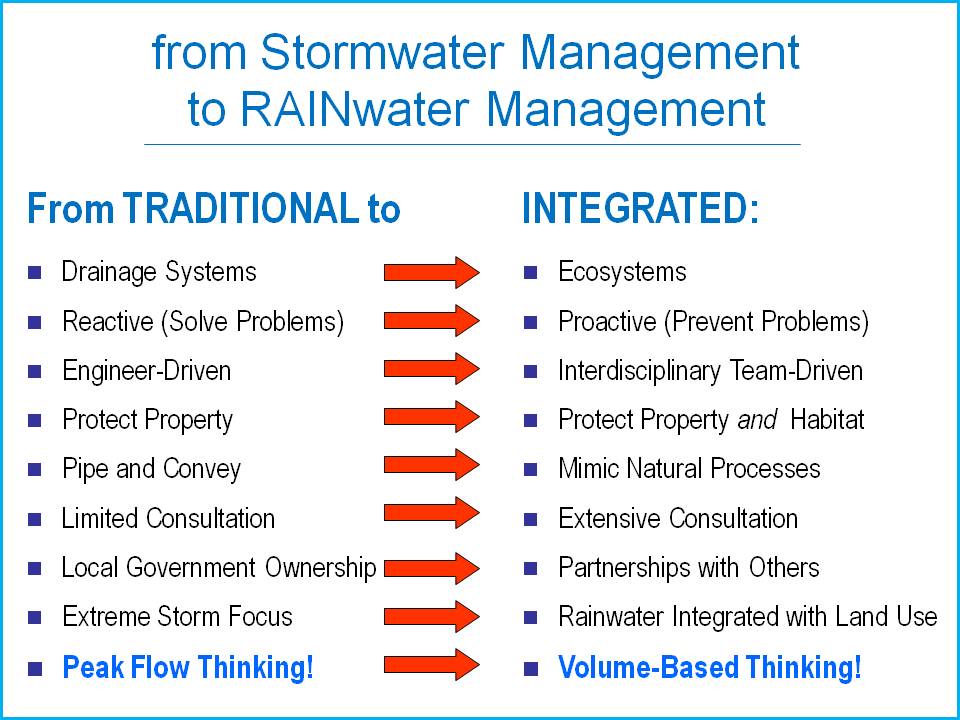