YOUTUBE VIDEO ABOUT VANCOUVER’S HIDDEN STREAMS: “In the future I think we’ll be seeing more and more city planners, engineers and architects work with and learn from nature instead of burying it underground,” stated Uytae Lee, CBC Vancouver video columnist (April 2019)

May 26, 2019 - Posted in Leading Change, Look At Rainfall Differently

There used to be more than 50 streams throughout Vancouver. Now there are only a couple still visible. Where did they go? Why should we care? Uytae Lee unearths Vancouver’s underground streams in his About Here column with CBC Vancouver.

Uytae Lee uses his background in urban design to rethink the city in a column with CBC’s The Early Edition.

When Vancouver was colonized in the 1860s by Europeans it was a complex ecosystem and already home to the Squamish, Tsleil-waututh, and Musqueam peoples for thousands of years. The industrialization of Vancouver was rapid, and soon the crystalline creeks that connected land-to-ocean were buried.

Though dozens of creeks were lost in the urbanization of Vancouver, a few resilient streams still flow today. In 2014, the UBC Library worked with the Vancouver Aquarium to digitize old paper maps and uncover Vancouver’s network of streams and original shorelines. This process helped reveal dozens of streams that ran through virtually every neighbourhood in the city. 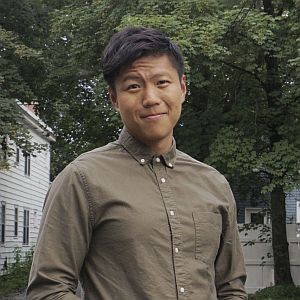 “Now, some of these streams are making a comeback,” states Uytae Lee. “Streams such as Still Creek and others like it were once considered a nuisance,” Lee told CBC’s Stephen Quinn. “They would often get in the way of road construction or buildings. They were also these dumping grounds for garbage, so there was really this incentive to bury them and that’s kind of just what happened.”

“We’re sort of finally realizing that nature has a lot more value than we often give it credit for and that you know our concrete and engineered solutions often kind of suck compared to them. In the future I think we’ll be seeing more and more city planners, engineers and architects sort of work with and learn from nature instead of well burying it underground.”

To read the complete article posted on CBC, download Bringing long-buried streams to light a part of urban renewal in Vancouver

“I grew up by a slough in Matsqui. Later I worked as fisheries tech and writer with DFO (Department of Fisheries & Oceans). My area of interest was the small coho streams which are always under pressure from development,” recalled Gerald Harris in 2010 interview for a series on the Bowker Creek Renewal Initiative in the Capital Region. 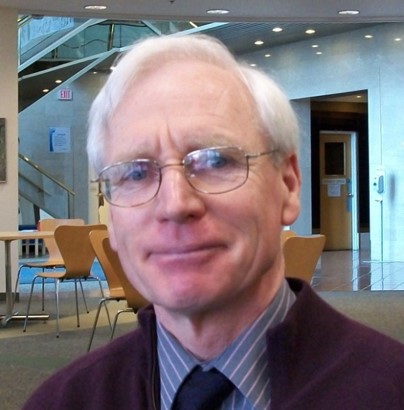 “My epiphany occurred in the 1970s when I was driving on the highway on the Sunshine Coast. As I crossed stream after stream, it made me think that Vancouver must have had streams too. This led to a project to research history by talking to old-timers.

“In the DFO publication that I edited, I appealed for contacts with people who remembered streams in Vancouver from earlier days. The responses led to amazing conversations. In one interview, a man told me of using a pitchfork to load spawning chum salmon into burlap sacks by lantern light at the mouth of China Creek in False Creek. His father, a farmer, boiled them to feed his chickens.

“Research in the Vancouver Archives also uncovered great stories and maps that allowed me to trace the old streams. In the DFO publication, I entitled the series of articles, The Salmon and Trout Streams of Vancouver. The Vancouver Aquarium later gave those articles widespread distribution as a book, Vancouver’s Old Streams, and added an excellent map by the same name.”

And visit these websites:

‘Never Give Up on Any Waterway’ 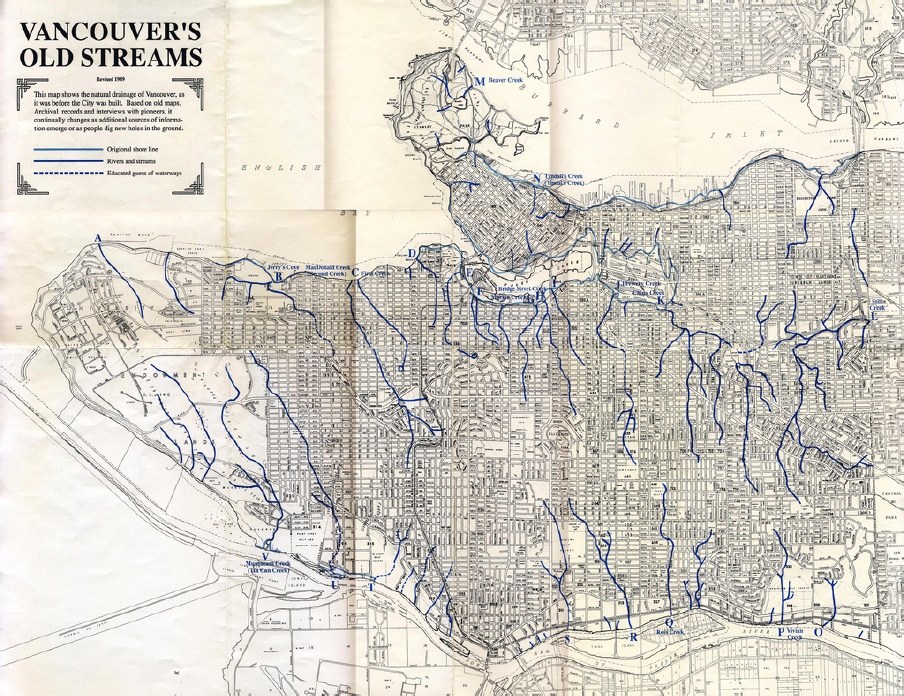 The image is a fold out map insert from a book edited by Sharon Proctor for the Vancouver Aquarium, ‘Vancouver’s Old Streams’ (1978), which incorporates streams from 1880-1920.