Michigan’s Struggles to Fund Stormwater Infrastructure: “The pipes that we put in the ground 50 years ago were designed under a different set of criteria,” said engineer Greg Kacvinsky

On July 1, 2018 the Detroit Water and Sewerage Department completed its phase-in of a new drainage rate for residential properties.

“Known by opponents as the ‘rain tax’, the drainage rate’s rollout has been fiercely challenged by residents, business owners, and operators of faith-based institutions. They say the charge is unreasonably expensive and opaquely calculated. Some are even suing the city, claiming the charge is actually an unconstitutional tax,” reports Michigan Radio. 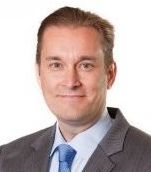 As problems of flooding and overflow become more common, communities butt up against the reality of having to pay for repairs and improvements, says engineer Gregory Kacvinsky.

“Kacvinsky is hopeful that the state will pass legislation offering a roadmap for communities to set up separate stormwater utilities that would fund infrastructure upgrades,” reports Michigan Radio.