SPONGE CITIES: “It’s important to make friends with water. We can make a water protection system a living system,” stated Kongjian Yu, the landscape architect who is famous for being the man who reintroduced ancient Chinese water systems to modern design

May 5, 2018 - Posted in Leading Change, Look At Rainfall Differently

And then, in August 2017, the Senate of Berlin released its Sponge City Strategy. It is designed to tackle two issues – heat and flooding – by imitating nature and capturing rainwater where it falls. “During the past 12 years we made quite good progress to install the ‘sponge-city concept’ or ‘decentralized stormwater management’ as we call it in Germany in the daily planning process,” states Dr. Heiko Sieker, urban hydologist.

Meanwhile, the City of Philadelphia is in Year 7 of a 25-year program to implement its Green City, Clean Waters program to create a citywide mosaic of green infrastructure and restore the water balance. Howard Neukrug fundamentally changed Philadelphia’s relationship with nature. “Changing the world—or even one small piece of it—requires a lot of trial and error. We divide the city into communities, needs, types, gradients, opportunities, public, private and quasi-government,” stated Howard Neukrug.

“In order to increase the resilience of a natural system, it is important to find solutions beyond the level of the city and even nation. I’m talking about a whole global system, in which we think globally but must act locally,” states Kongjian  Yu. 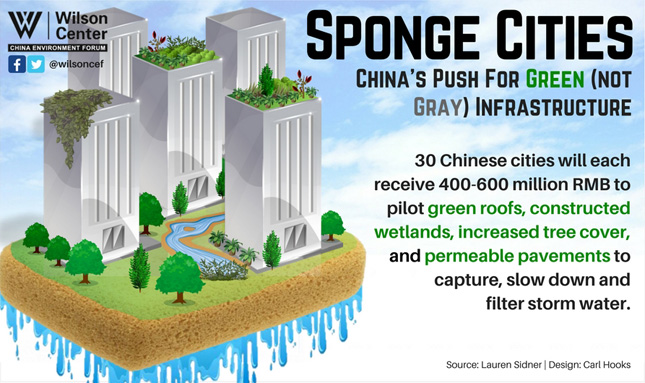 “The risks are too high, and the margins for error too small, to view water and watersheds only through narrow technical lenses. Adapting to changes in the water cycle and restoring the water balance starts with rethinking our relationship with nature.”

“The need to protect headwater streams and groundwater resources in British Columbia requires that communities expand their view – from one that looks at a site in isolation – to one that considers HOW all sites, the watershed landscape, streams and foreshores, groundwater aquifers, and PEOPLE function as a whole system” continues Kim Stephens.

“Inter-governmental collaboration and funding enable the Partnership for Water Sustainability in British Columbia to develop approaches, tools and resources; as well as provide teaching, training and mentoring.

“Our educational goal is to build practitioner capacity within the local government setting to implement a whole-system, water balance approach branded as Sustainable Watershed Systems, through Asset Management.”

“The ‘sponge city’ metaphor is powerful and inspirational,” observes Kim Stephens. “As such, China, Berlin and Philadelphia are demonstrating that when there is a will, there is a way. Still, we urge the reader to take a moment to reflect upon their drivers for action – floods and droughts! They have learned the hard way that what happens on the land matters. And now, the ‘new normal’ of frequently recurring extremes has forced them to tackle the consequences of not respecting the water cycle.”

“Opportunities for land use and infrastructure servicing practitioners to make a difference are at the time of (re)development. To those folks we say: share and learn from those who are leading change; design with nature; ‘get it right’ at the front-end of the project; build-in ‘water resilience’; create a lasting legacy.

“Many land and infrastructure professionals in this province do know in principle what they ought to do. However, there is still a gap between UNDERSTANDING and IMPLEMENTATION.

“This results in a capacity-building challenge: It is one thing to provide practitioners with tools and resources, It is another matter for them to apply the tools, and use them correctly.”

“Yes, British Columbia is progressing,” concludes Kim Stephens. “Yet communities could do so much more if they would capitalize on rather than miss opportunities. Apply the tools. Do what is right. Learn from experience. Adapt. Pass the baton.

“The Partnership spotlight is on how to ‘bridge the gap’ between talk and action. As champions for the Whole-System, Water Balance Approach, we are developing tools and resources for use by local governments.” 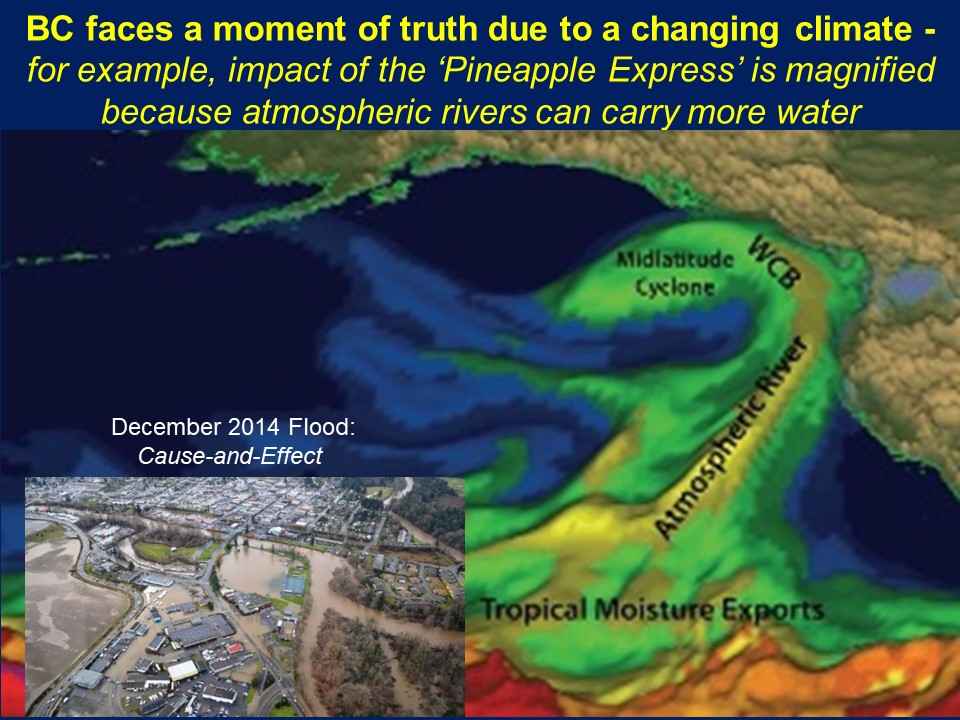