The driver for the Manual was large-scale land development planned for the City’s Eastern Hillsides. 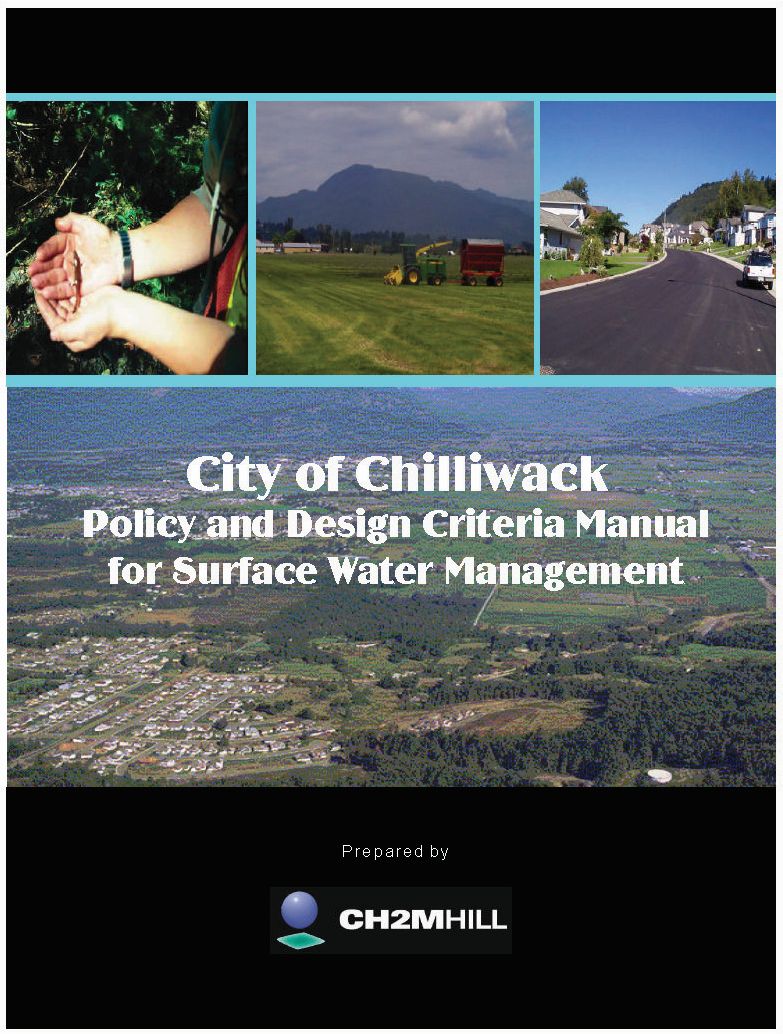 The City of Chillwack’s Manual was developed through an inter-departmental and inter-agency process that also included community participation.

“Through this process, the group developed a common understanding regarding core concepts. This resulted in consensus on the vision and the direction of the Manual, particularly with respect to the framework that the Manual provides for future rainwater-related action in the City of Chilliwack. The Manual replaced the drainage section of the Subdivision and Development Control Bylaw,” stated Dipak Basu, Land Development Engineer, in 2002.

“The process went on for two years. The realtors, developers, engineers and surveyors were all invited to participate and make their comments known.

“We showed the benefits of maintaining the water table, the watercourse, the habitat and allowing the fish to survive and flourish. By the time the document was finalized, the developers were quite knowledgeable about it and were willing to give it a try to see how the system worked.”

“The Manual was developed as a case study application of Stormwater Planning: A Guidebook for British Columbia, a collaborative effort of an inter-governmental partnership that was initiated by local government,” added Kim Stephens, project manager and principal author of the Guidebook. Today, he is the Executive Director, Partnership for Water Sustainability in BC.

“Through interaction with the Chilliwack community during its development, the Manual also provided a feedback loop for the Guidebook process. The Manual incorporated the content of the Bylaw that it replaced, and is designed to manage both flood risk and environmental risk,” emphasized Dipak Basu. 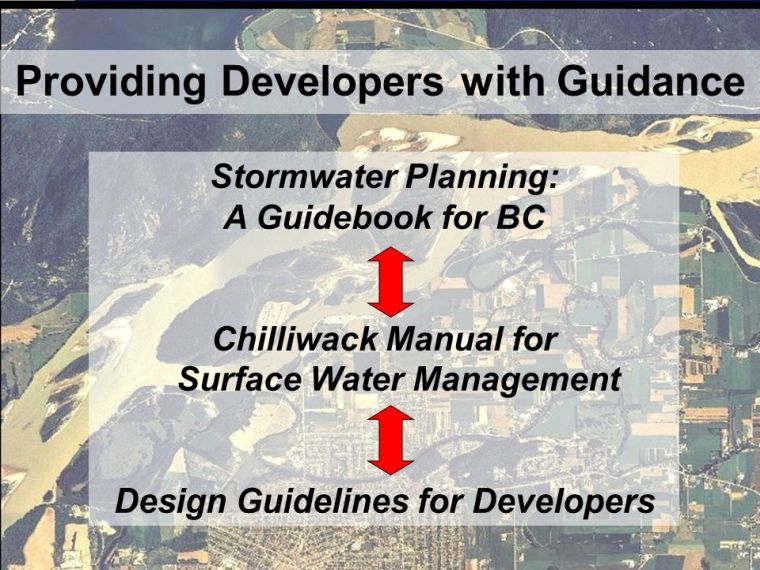 In 2002, the provincial government released Stormwater Planning: A Guidebook for British Columbia. This established a new direction for urban hydrology and drainage engineering. Introduction of the Water Balance Methodology enabled the setting of performance targets for rainfall capture, runoff control and groundwater recharge:

To read an article written by Geoff Gilliard in Spring 2003, and published in Input Magazine by the Real Estate Institute of BC, download A recipe for stormwater management – The Stormwater Planning Guidebook helps make land develolpment compatible with stream protection 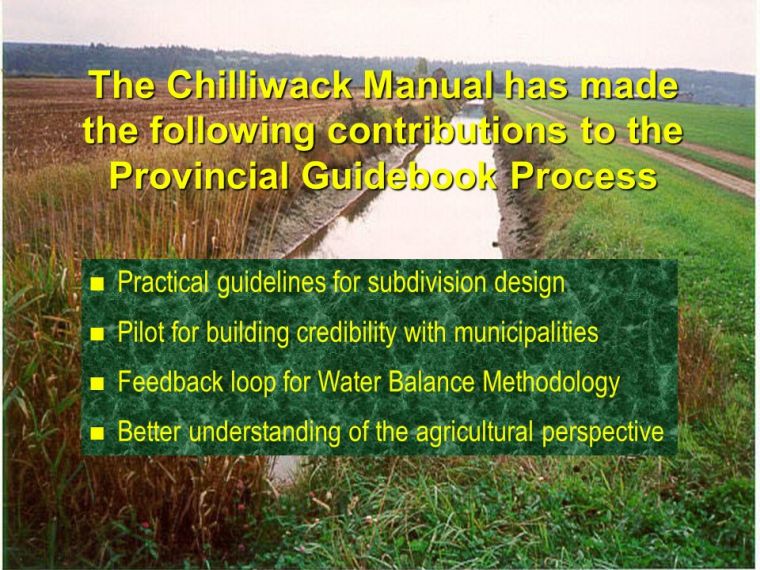