FLASHBACK TO 2010: “Beyond the Guidebook 2010 showcases how a ‘convening for action’ culture has taken root in British Columbia. Bringing together local government practitioners in neutral forums has enabled implementers to collaborate as regional teams,” observed Glen Brown

Beyond the Guidebook 2010 describes how a ‘convening for action’ culture has taken root in British Columbia. Bringing together local government practitioners in neutral forums has enabled implementers to collaborate as regional teams. Their action-oriented focus has resulted in ‘how to do it; examples that help decision-makers visualize what ‘design with nature’ policy goals look like on the ground.

Convening for Action in BC

In 2005, the Province in partnership with the Water Sustainability Committee of the BCWWA and the Real Estate Foundation launched a ‘made in BC’ process known as Convening for Action. The founding partners envisioned a series of pilot programs and case studies, with outcomes synthesized as chapters in Water-Centric Planning: A Guidebook for British Columbia.

In November 2010, the committee morphed into a separate and independent entity – the Partnership for Water Sustainability in BC, a not-for-profit society.

“In 2005, we said this would be a different kind of guidebook. We said that the Guidebook would be the ‘telling of the stories’ of how change is being implemented on-the-ground in BC. Before the chapters could be written, however, the regional case studies had to run their course,” states Glen Brown, Chair of the BCWWA Water Sustainability Committee.

Glen Brown is Executive Director of the Local Government Infrastructure & Finance Division in the Ministry of Community & Rural Development, and is the Deputy Inspector of Municipalities.

“Well, it is five years later, and Beyond the Guidebook 2010 is the story of how we got to here and where we are going next. This is the Water-Centric Guidebook.”

“Similar to the way the 2002 Guidebook is structured, Beyond the Guidebook is written in a way that provides the whole story for those that want it, or just key tidbits for others.”

Chapter 2 provides an overview of why the Guidebook was a catalyst for action to implement a ‘design with nature’ approach to rainwater management and green infrastructure.

Chapter 3 describes the steps in an incremental process that has been building practitioner capacity for the past decade in BC to implement theNew Business As Usual.

Chapter 5 describes the inter-connected elements of an Outreach & Continuing Education Program that has advanced a ‘water-centric’ approach to community development.

Chapter 8 lists supporting documents that are downloadable from the Water Bucket website. 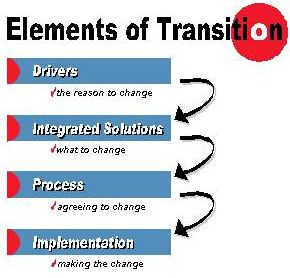 Reproduced from the 2002 Guidebook, the graphic opposite captures the essence of Beyond the Guidebook 2010.

This illustrates what is involved in moving from an ‘end-of-pipe’ approach that solves problems after the fact, to one that is proactive in preventing problems from occurring. Watershed-based solutions ensure protection of both property and ecosystems. Past drainage practices only dealt with the consequences of land development. Integrated and watershed-based approaches as described in Beyond the Guidebook 2010 eliminate the sources of problems.