IMPLEMENTATION OF WHOLE-SYSTEM, WATER BALANCE APPROACH: “The challenge is to move from stop-gap remediation of in-stream problems to long-term restoration of a properly functioning watershed,” stated Peter Law, Vice-President of the Mid Vancouver Habitat Enhancement Society 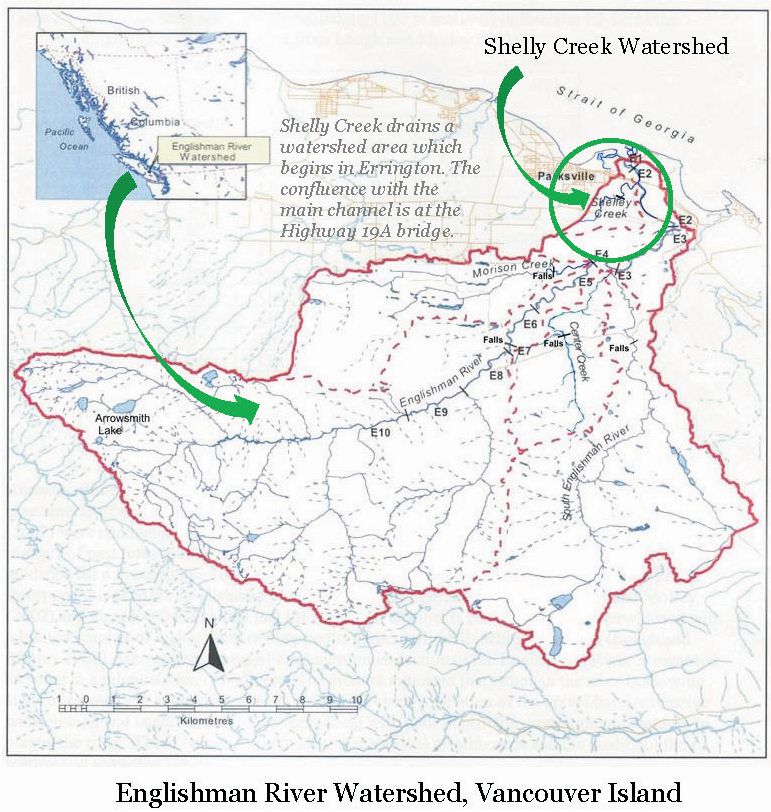 Look Beyond the Creek Channel

“Over time, MVIHES has morphed from Stewards of the Plan to Stewards of the Watershed. Beginning in 2011, the MVIHES action plan has concentrated on Shelly Creek. One of five Englishman River tributaries, it is the last fish-bearing creek flowing through the City of Parksville,” states Peter Law, MVIHES Vice-President & Director, Partnership for Water Sustainability in BC. 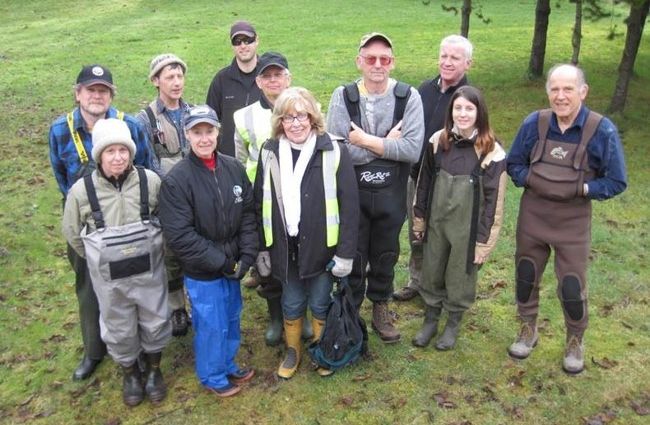 Erosion is the Issue 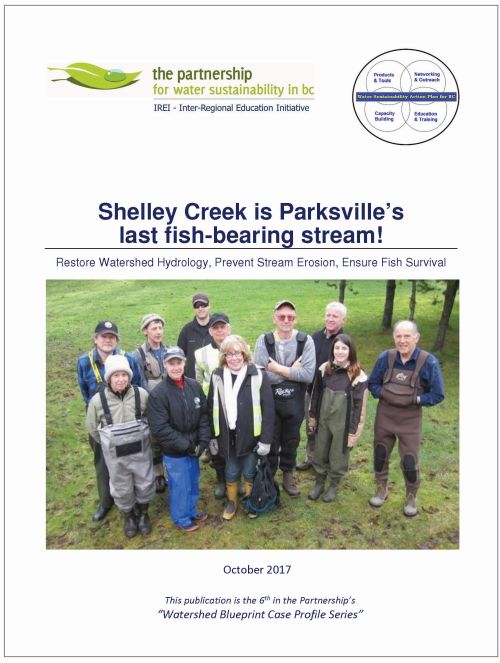 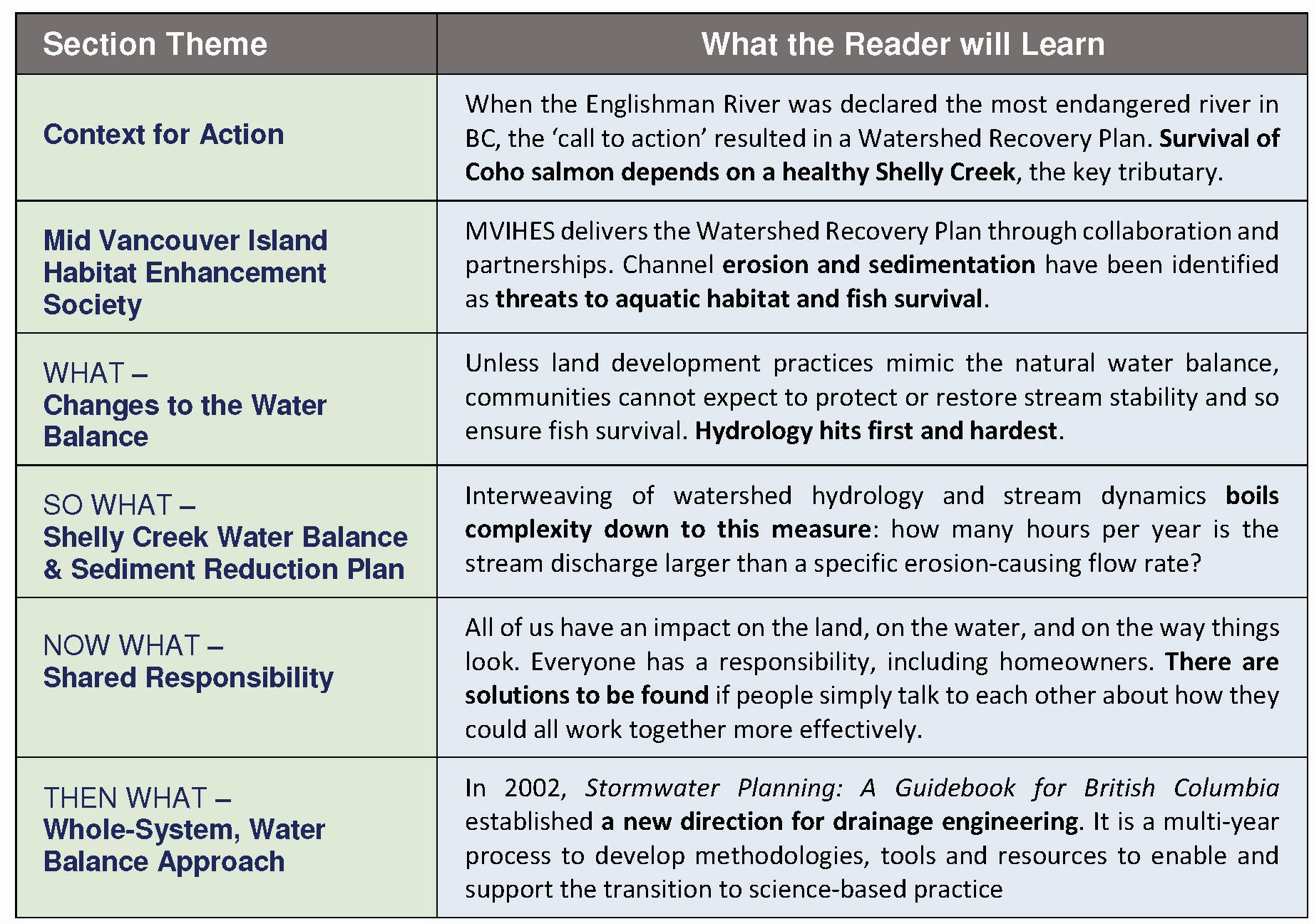