FLASHBACK TO 2007: “Funding provided by the Canadian Water Network enabled us to bring together a pan-Canadian team of academics and practitioners”, stated Dr. Hans Schreier when introducing the vision for a National Knowledge Translation Strategy led by the University of BC

In June 2007, a team led by Dr. Hans Schreier and Dr. Sandra Brown of the University of British Columbia (UBC) kicked off a national ‘knowledge translation strategy’….for facilitating a paradigm-shift from single-function stormwater management to a multi-objective  rainwater management way-of-thinking….when it convened a pre-conference workshop, conference and field tour on June 20 through 22 in Vancouver.

“The Vancouver get-together is the first of three cross-Canada working sessions, and will be followed by an event in Calgary later in 2007, with the third event to be

“Funding provided by the Canadian Water Network is enabling us to bring together a pan-Canadian team of academics and practitioners”, explains Dr. Schreier, “As an adjunct to each working session, we are also hosting a two-day public event on state-of-the-practice in each region.”

Three universities are involved in the project, namely: UBC, Guelph and Waterloo. Three local government organizations are also involved in order to provide a practitioner perspective for each of three participating provinces, namely: City of Calgary (Alberta), District of North Vancouver (British Columbia), and the Toronto Regional Conservation Authority (Ontario). 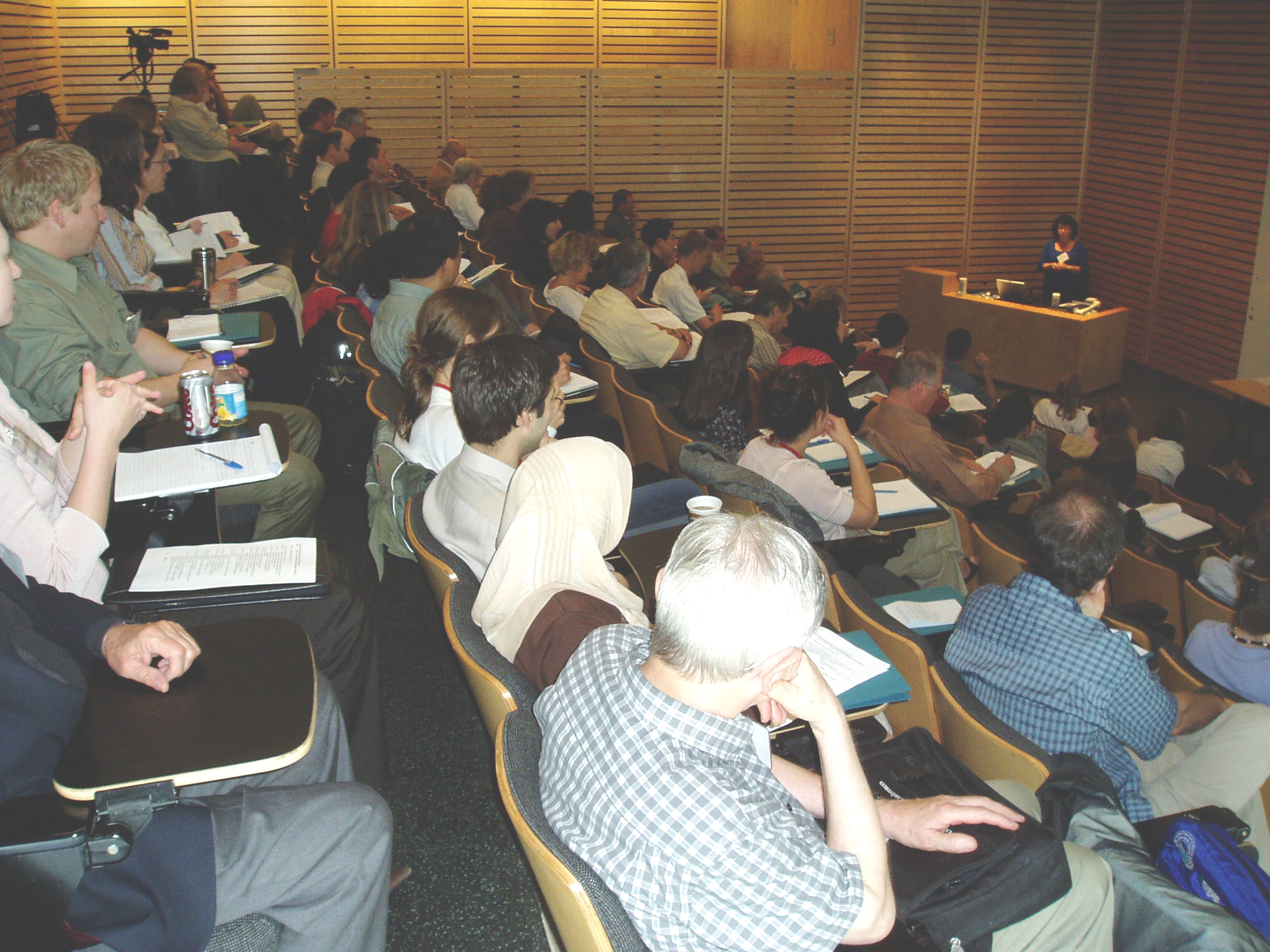 The UBC Event – An Overview

Day One of the Vancouver public event comprised a set of 11 presentations and was designed to provide a broad-brush picture of a range of research and on-the-ground initiatives that are underway across the country. A unifying theme was the need for a ‘water balance’ approach. The program design is summarized as follows:

To download a copy of the agenda for the two-day event, click on UBC Workshop and Conference Program.

The conference day concluded with this question being posed to a panel of practitioners: Obstacles to innovations; how to introduce changes into stormwater management? Kim Stephens provided historical context.

Actually, in British Columbia we have moved beyond that question. It symbolizes where our mind-set was during the 2000-2001 period when we literally had to overcome fear and doubt in order to move ahead with projects such as the East Clayton Sustainable Community in Surrey, and UniverCity on Burnaby Mountain,” stated Kim Stephens, speaking on behalf of the Water Sustainability Action Plan for British Columbia.

In 2000 and 2001, we were literally hanging on by our fingernails,” explained Stephens. “At the time, it was Patrick Condon who said…“if we fail, it will be a generation before anyone will even have the opportunity to try again; so we must not fail”…Well, we did not fail! And because we succeeded with East Clayton and UniverCity, those hard-fought successes have ultimately made it possible to hold this conference and talk about current successes.”

Visit Overcoming Fear and Doubt to Implement Changes in Infrastructure Standards to read the complete story about the presentation by Kim Stephens.

Download Overcoming Barriers to view a set of PowerPoint slides that guided his panel remarks to the UBC audience.

A Day in the Field

Day Two of the Vancouver public event included a bus tour that followed in the footsteps of a capacity-building program pioneered by the Green Infrastructure Partnership in 2006.

From a British Columbia perspective, the event design had a distinct Water Balance Model flavour. The pre-conference workshop included a half-day session that:

To download a copy of their tag-team presentation, please click on this link to Beyond the Guidebook: from Stormwater Management to Rainwater Management.

“In 2004, and in partnership with Canada Mortgage & Housing Corporation, we created the national portal for the Water Balance Model at www.waterbalance.ca. Having the portal in place enabled British Columbia to initiate one-on-one discussions with Alberta and Ontario regarding inter-provincial partnerships with British Columbia.”

“As a conference outcome, discussions are now progressing regarding the mutual benefits of a three-way partnership that we hope will result in a rollout of the Water Balance Model across the country”, adds Ted van der Gulik.

n commenting on what was accomplished by the conference, Liliana Bozic (City of Calgary) observed that: “The conference served as a timely reminder that we need to judge our progress and hence our success by the distance we have traveled, rather than the distance remaining to reach a goal. In Calgary, we have come a remarkably long way in the past three years.

Glenn MacMillan (Toronto and Region Conservation Authority) added that: “Earlier this year we completed an evaluation of the current Water Balance Model. We are interested in partnering with British Columbia because we believe the next generation of this online tool can fill a gap in meeting the needs of the Toronto development community. There is a demand  for a practical and easy to apply tool that will help developers and their consultants make better land use decisions.”

As part of the main conference program, Richard Boase of the District of North Vancouver also made a presentation titled New Directions in Urban Watershed Health. This provided conference attendees with an overview of how the Water Balance Model enables local governments and the land development community to make better decisions.