FLASHBACK TO 2005: "The Watershed and Stormwater Management Webconference was precedent-setting in laying the groundwork for future inter-provincial collaboration for a water balance approach," observed Cate Soroczan, CMHC Senior Researcher, and driving force behind the forum

In Summer 2005, Cate Soroczan of Canada Mortgage & Housing Corporation (CMHC) initiated organization of an online conference to promote sharing and learning across Canada. This initiative was coupled with CMHC support and funding for a national portal for the Water Balance Model, a web-based scenario comparison and decision support tool.

Developed by an inter-governmental partnership co-chaired by the Province of BC and Environment Canada, the Water Balance Model is an extension of Stormwater Planning: A Guidebook for British Columbia, released in 2002. 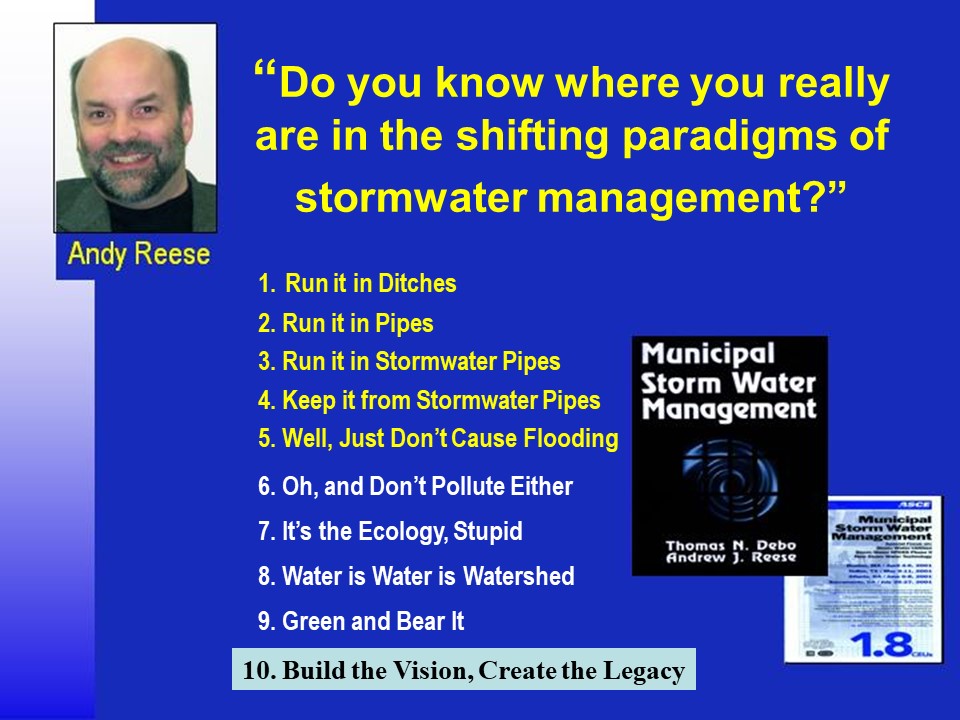 According to Cate Soroczan of CMHC, “This event was an information exchange amongst agencies from across the country. It was also precedent-setting in terms of laying the groundwork for future inter-provincial collaboration. Twenty-plus representatives from seven provinces participated, namely: British Columbia, Alberta, Saskatchewan, Manitoba, Ontario, Quebec and Nova Scotia.”

“The purpose of the forum was to share and learn from each other about water balance approaches across the country, in particular the work that is being implemented in British Columbia, Alberta and Ontario. CMHC has provided the British Columbia inter-governmental partnership with funding for creation of a national portal for the Water Balance Model for Canada.”

“It was very encouraging to see that a common vision is being developed across the country”, stated Liliana Bozic, Co-Chair of the Alberta Low Impact Development Partnership, and added that: “It was great being able to exchange ideas and thoughts, and to see that we are actually moving from lofty ideas to practical information that the people in the trenches need to make these visions reality. Granted, a lot needs to be done, but that’s fine, we”re not alone in this endeavour.”

According to Kim Stephens, Project Coordinator for the British Columbia Inter-Governmental Partnership, “The presentations and the discussions demonstrated that the issues related to land development and rainwater management are universal. Also, it was gratifying to learn that the water balance way-of-thinking is taking hold on both sides of the Atlantic Ocean.” 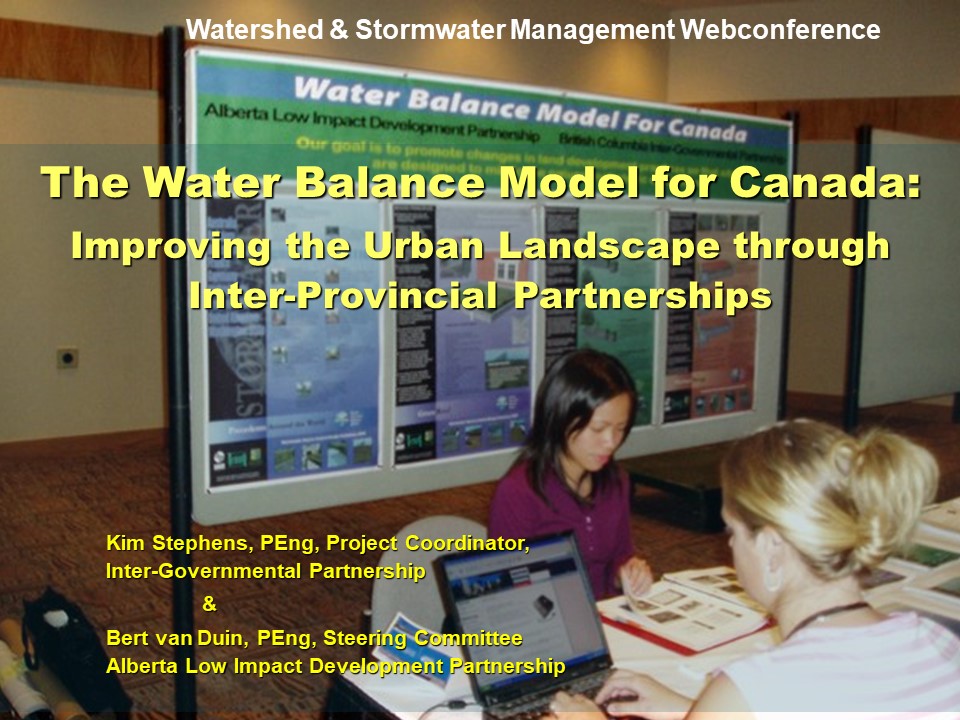 Dr. Heiko Sieker of Germany provided an overview of the latest developments in Europe and offered this perspective on the teleforum: “It was very interesting for me to see what’s going on in Canada in the field of stormwater source control and especially in watershed management. Stormwater management on a catchment level is a topic we are currently dealing with in a couple of projects.”

“Thanks to the efforts of CMHC in bringing us together via the teleconference, there is an exciting opportunity to pool resources for the greater good in advancing the state of the art in Canada for watershed planning and rainwater management”, concluded Sonya Meek of the Toronto Regional Conservation Authority.

The following presentations can be downloaded by clicking on the links:

An action item arising from the teleconference was the activation of the Watershed and Rainwater Management Webforum on the national portal for the Water Balance Model. This tool enabled teleconference participants to continue the inter-provincial dialogue that began on September 22, 2005.