“Green City, Clean Waters”: An interview with Philadelphia’s Howard Neukrug about the bold vision for re-imagining the urban landscape

Appointed Water Commissioner in 2011 by Mayor Michael Nutter, Howard Neukrug focused on making PWD a sustainable 21st Century urban water utility – one that would fully meet the complex responsibilities and opportunities of our time and our environment. 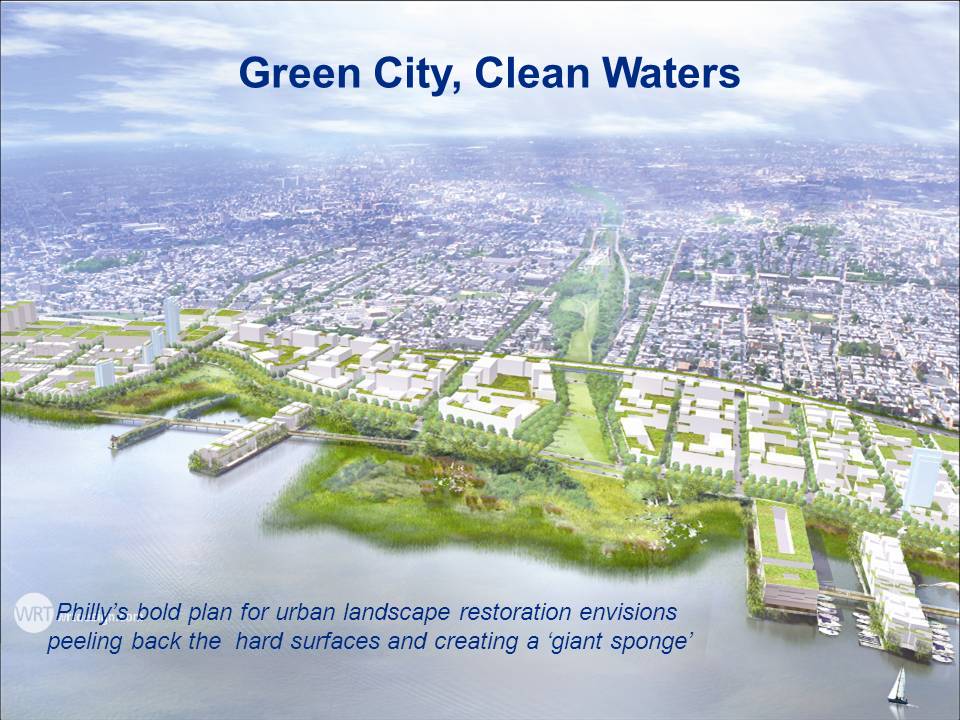 Designing with Nature in the City of Philadelphia: “Green City, Clean Waters” began as pushback to an expensive grey infrastructure mandate from the USEPA

Howard Neukrug fundamentally changed Philadelphia’s relationship with nature, and other cities are watching with great interest, wrote Pascal Mittermaier in the introduction to his recent interview of Howard Neukrug, published in the Huffington Post. “When I met with urban planners in China and in Mexico, reports about Neukrug’s work were sitting on their desks,” stated Mittermaier.

Pascal Mittermaier is the Global Managing Director for Cities at The Nature Conservancy. He leads a team at the Conservancy focused on transforming how the world’s growing cities harness nature’s power to build resilient, livable, thriving communities for millions of people. By mid-century roughly three out of every four people will live in a city.

What is the formula for success?

There is no single formula for success—and we still don’t know whether ultimately we will succeed with transforming 10,000 acres of the city’s impervious cover to stormwater managed ‘green’ space,” answered Howard Neukrug. “But creating a vision, providing the leadership, having an environmental mandate, and a new generation of ‘millennial’ engineers and scientists—all passionate about changing the world—are a great start for any sustainable endeavor.