The Partnership for Water Sustainability in British Columbia is partnering with California-based Forester University to share, via webinar on May 2nd 2017, British Columbia innovation and experience. The webinar is about the whole-system, water balance approach that is the hydrologic modelling foundation for Sustainable Watershed Systems, through Asset Management.

A Webinar That Cannot Be Missed

Hydrology is a primer on the pitfalls of urban hydrology and the design storm methods drainage designers typically use.”

“At Forester University, we aim to position ourselves at the forefront of innovation in rainwater management and green infrastructure, and that is why we are calling Water Balance Methodology a webinar that cannot be missed.

Click on DEBUNKING VOODOO HYDROLOGY: “The rise of Green Infrastructure and Resilience Planning opens the door for newer Voodoo like never before,” observes Andy Reese, water resources engineer and author

According to Jim Dumont, the Partnership’s Engineering Applications Authority, “So what is the nub of the issue? In standard practice, only surface runoff is considered with these methods, and this has led to degraded streams. The other pathways by which rainfall reaches streams are ignored. Yet we do need to mimic nature. If we are going to disrupt those other pathways when we develop land, we must fix or replace them.”

The Water Balance Methodology has its genesis in the whole-system approach that Dr. Ray Linsley (1917-1990) championed more than 60 years ago. As a professor at Stanford University, he pioneered the development of continuous hydrologic simulation as the foundation for water balance management.

“To be useful… the simulation model must be physically based and deterministic, and it must be designed to simulate the entire hydrological cycle…. hence, it must be a water balance model,” wrote Ray Linsley in a paper published in the Hydrological Sciences Bulletin in 1976, and titled Representative & Experimental Basins – What Next?.

Click on Legend and Legacy of Ray Linsley (1917-1990): Connecting the Dots to British Columbia’s Approach to “Mimic the Water Balance” 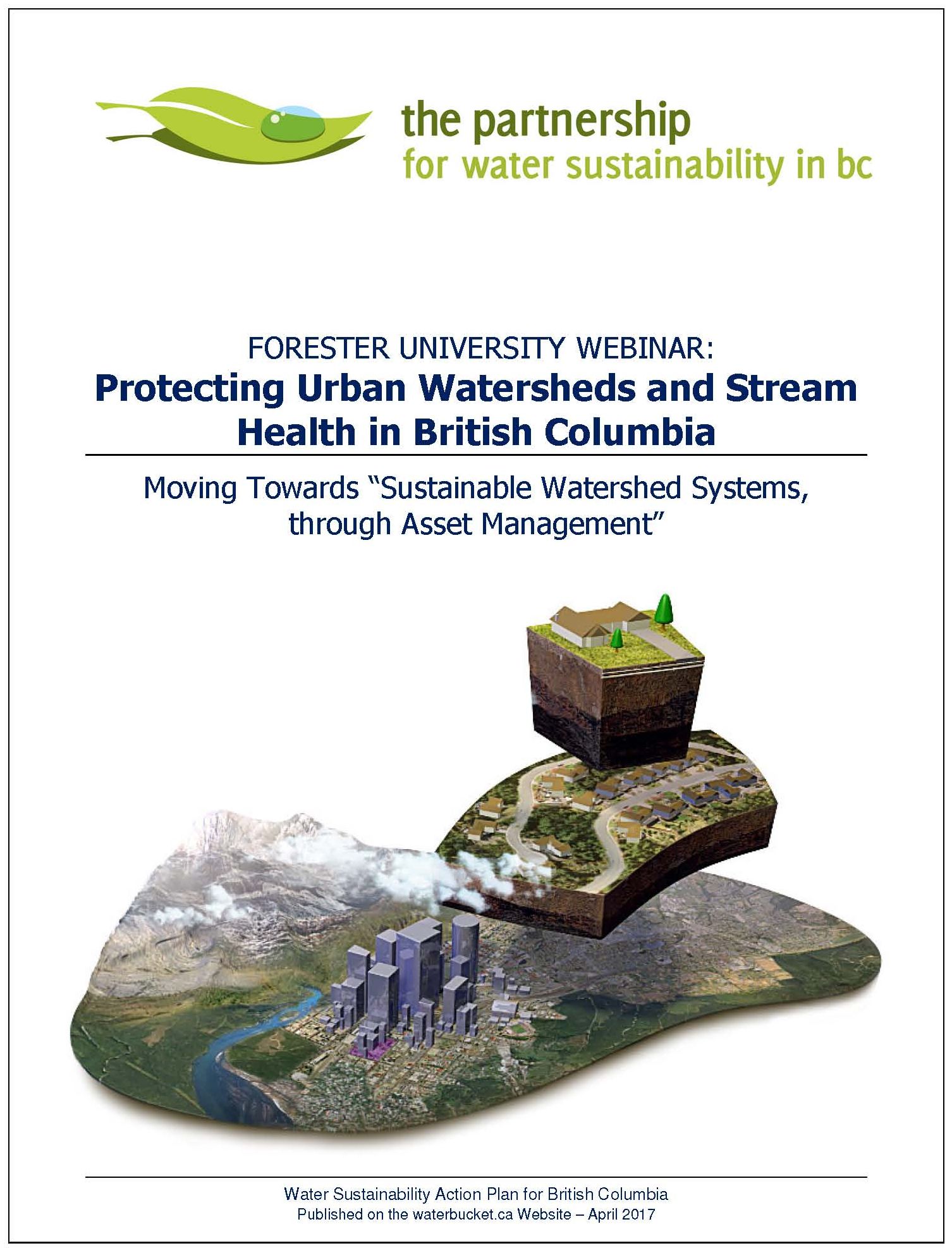