FLASHBACK TO 2002: “An important message is that planning and implementation involves cooperation among all orders of government as well as the non-government and private sectors,” wrote Erik Karlsen, BC Ministry of Municipal Affairs 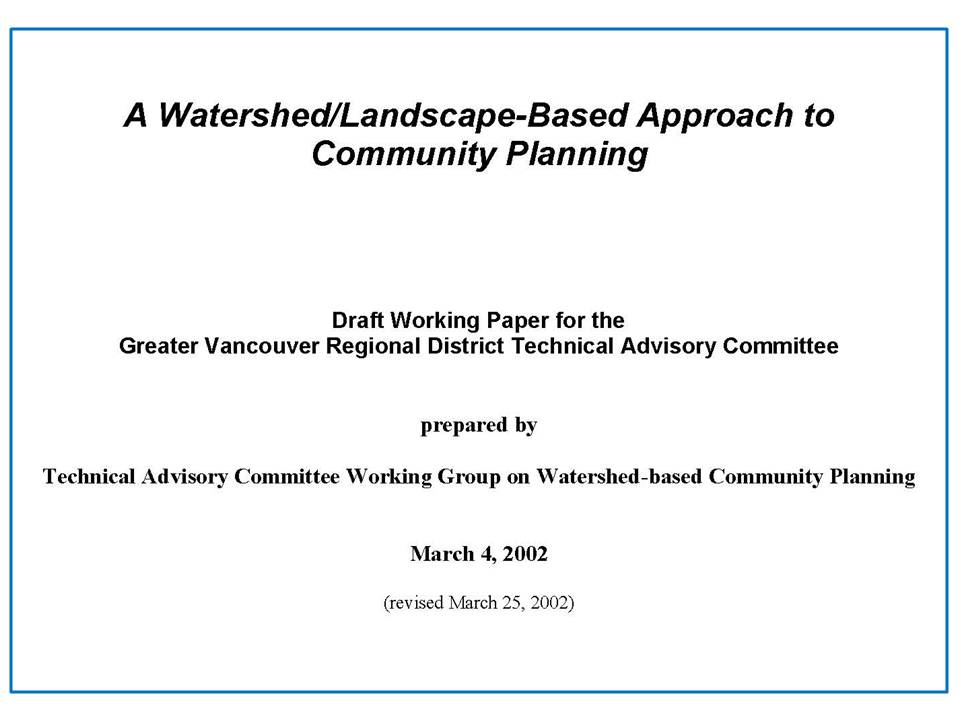 “During the late 1960s, BC began its multi-faceted and ongoing journey towards sustainability. By the 1980s, local governments were given enabling legislation to protect the environment,” states Erik Karlsen, former Director of Regional Growth Strategies, BC Ministry of Municipal Affairs.

“By the mid-1990s, local governments were given new legislation for Regional Growth Strategies and Official Community Plans as well as improved tools for environmental protection, particularly in relation to salmonid ecosystems.”

“During this period, and in the early 2000s, inter-governmental partnerships were formed to address environmental challenges; and were supported by protocol agreements between the Province and the Union of BC Municipalities.”

Erik Karlsen was the primary author of Watershed / Landscape-Based Approach to Community Planning, published in March 2002 by the Greater Vancouver Regional District (GVRD).

This landmark document was developed through the efforts of an interdisciplinary and intergovernmental working group under the aegis of the GVRD’s Technical Advisory Committee (TAC).

“The underpinning premise is that resource, land use and community design decisions will be made with an eye towards their potential impact on the

watershed,” stated Kim Stephens (Executive Director, Partnership for Water Sustainability in BC) in 2004.

“For this reason, the Watershed/Landscape-based Approach was incorporated as an element of the Water Sustainability Action Plan for British Columbia, released in February 2004. This element then morphed into Water-Centric Planning.”

“By definition, water-centric means planning with a view to water – whether for a single site or the entire province. At the core of water-centric planning is a water balance way-of-thinking and acting,” added Erik Karlsen. 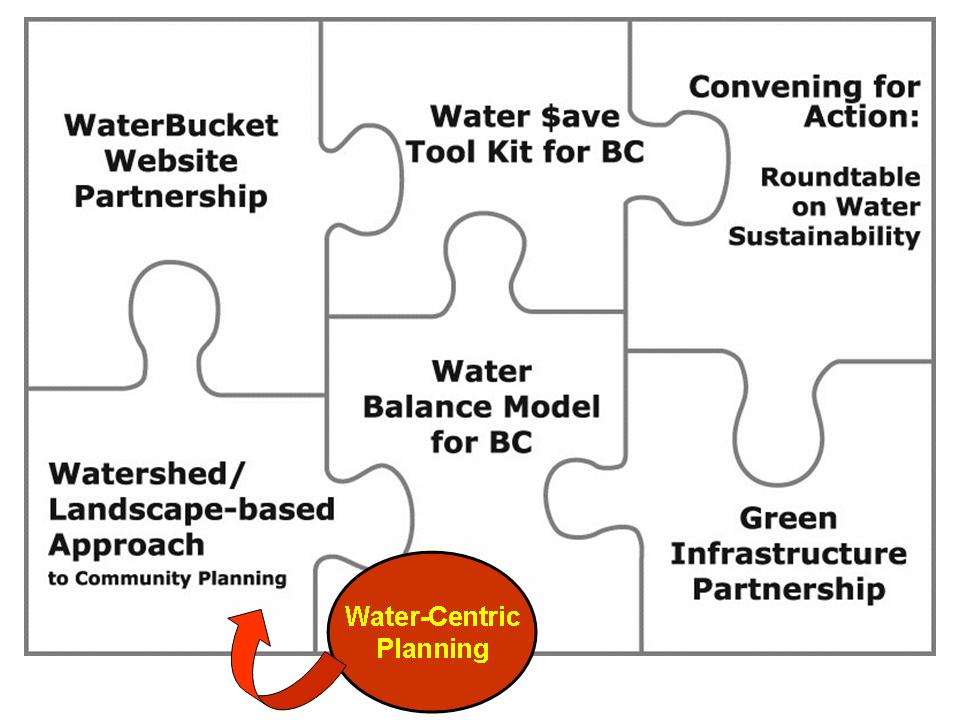 “An important message is that planning and implementation involves cooperation among all orders of government as well as the non-government and private sectors,” wrote Erik Karlsen.

“Achieving desired results at the site and activity levels also requires support from individuals, which in turn calls for engaging people both in the development of strategies and the use of a range of voluntary, incentive, public investment and regulatory tools.”

Download a copy of Watershed / Landscape-Based Approach to Community Planning. 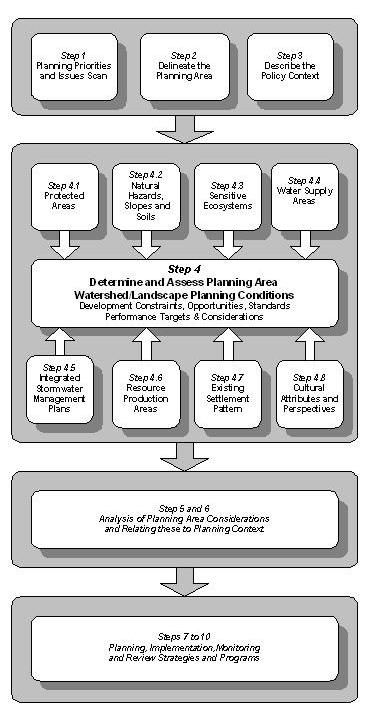