This second of three posts is the extract that explains Why Beyond the Guidebook 2015. 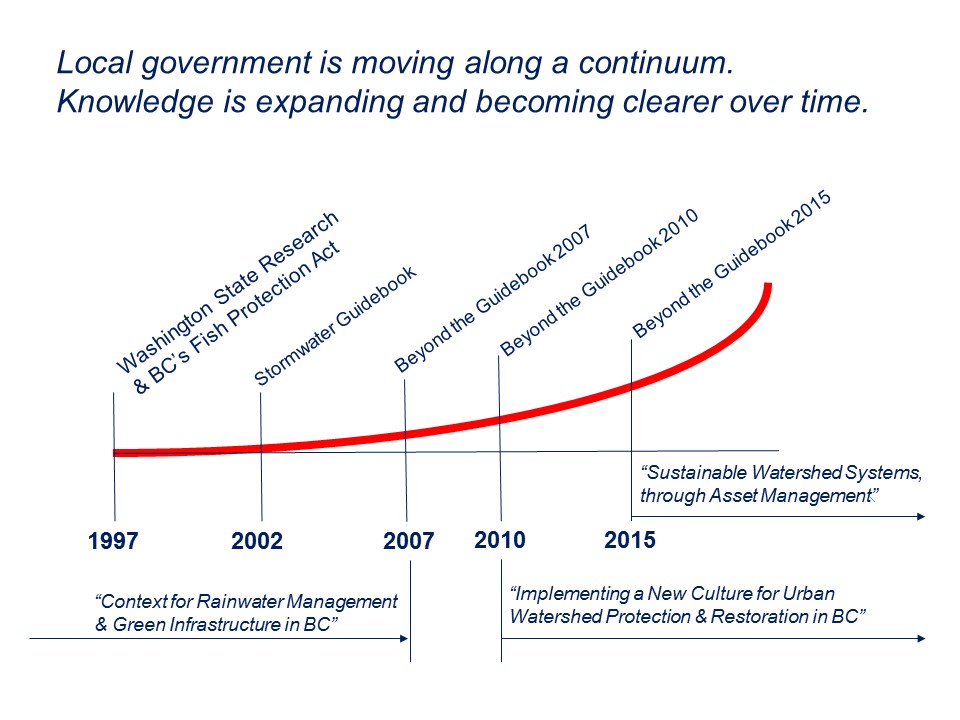 Introduction to the Guidebook Continuum

“The ‘salmon crisis’ throughout the 1990s decade galvanized awareness in BC that the ecological baseline was shifting, suddenly and dramatically. The ecosystem value of small, headwater streams had not been fully appreciated. The result: streams were being lost as a consequence of rapid population growth and land development.

In response, governments recognized the need to restore and protect watershed and stream health. This set in motion a chain of actions and events. The ripple effects are reverberating through time. The graphic below identifies milestones along the way.

Washington State research informed the early implementation of BC’s Fish Protection Act (1997), the first legislation of its kind in Canada. In the mid-1990s, the pioneer work of Dr. Richard Horner and Dr. Chris May was transformational. Their findings resulted in a hydrology-based framework for protecting watershed health (see Table 1 below).

When the watershed goal is protection of aquatic resources, Horner and May proved that it is necessary to first mitigate ‘changes in hydrology’ -that is, changes in how rainwater reaches streams.

By 2002, looking at rainfall differently led the Province to adopt the Water Balance Methodology as the technical foundation for Stormwater Planning: A Guidebook for British Columbia, initiate a performance target approach to capturing rain where it falls, and initiate changes in the way rainwater runoff is returned to streams.

The Guidebook vision is that community development activities and further alteration of the Built Environment will result in cumulative benefits, not impacts. In 2002, the Guidebook identified a path forward for local governments.

In BC, a ‘learn-by-doing’ process is opening minds and building confidence that communities can re-set the baseline and can replicate a desired watershed condition.

The Beyond the Guidebook Series documents the progress of local government champions who are leading implementation of changes in practice. It takes time to make a difference. Three milestone years along the way are: 2007, 2010 and 2015.

Doing business differently and making a difference is a building blocks process. The titles of the three documents reflect the progress that is being made: know the context for action; change the culture and instil a new ethic; create a legacy. 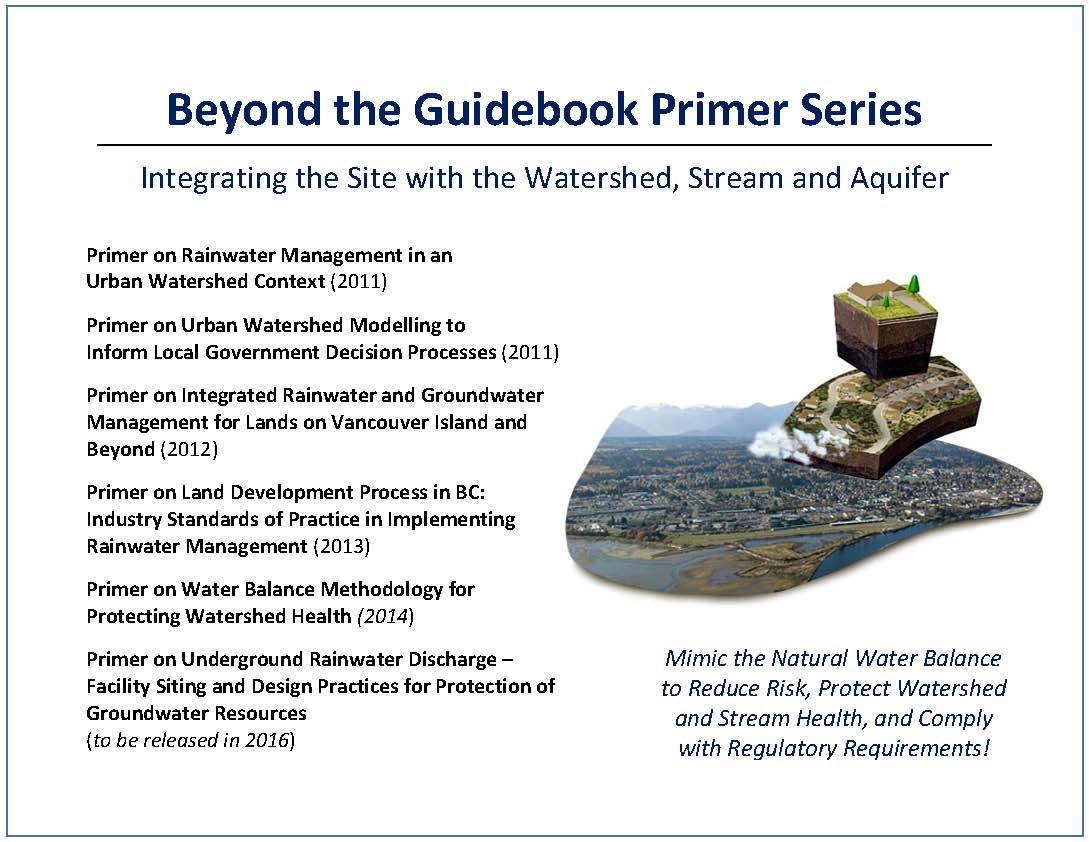 Beyond the Guidebook is an ongoing initiative to provide local governments and practitioners with tools, resources and understanding to integrate the Site with the Watershed and the Stream.